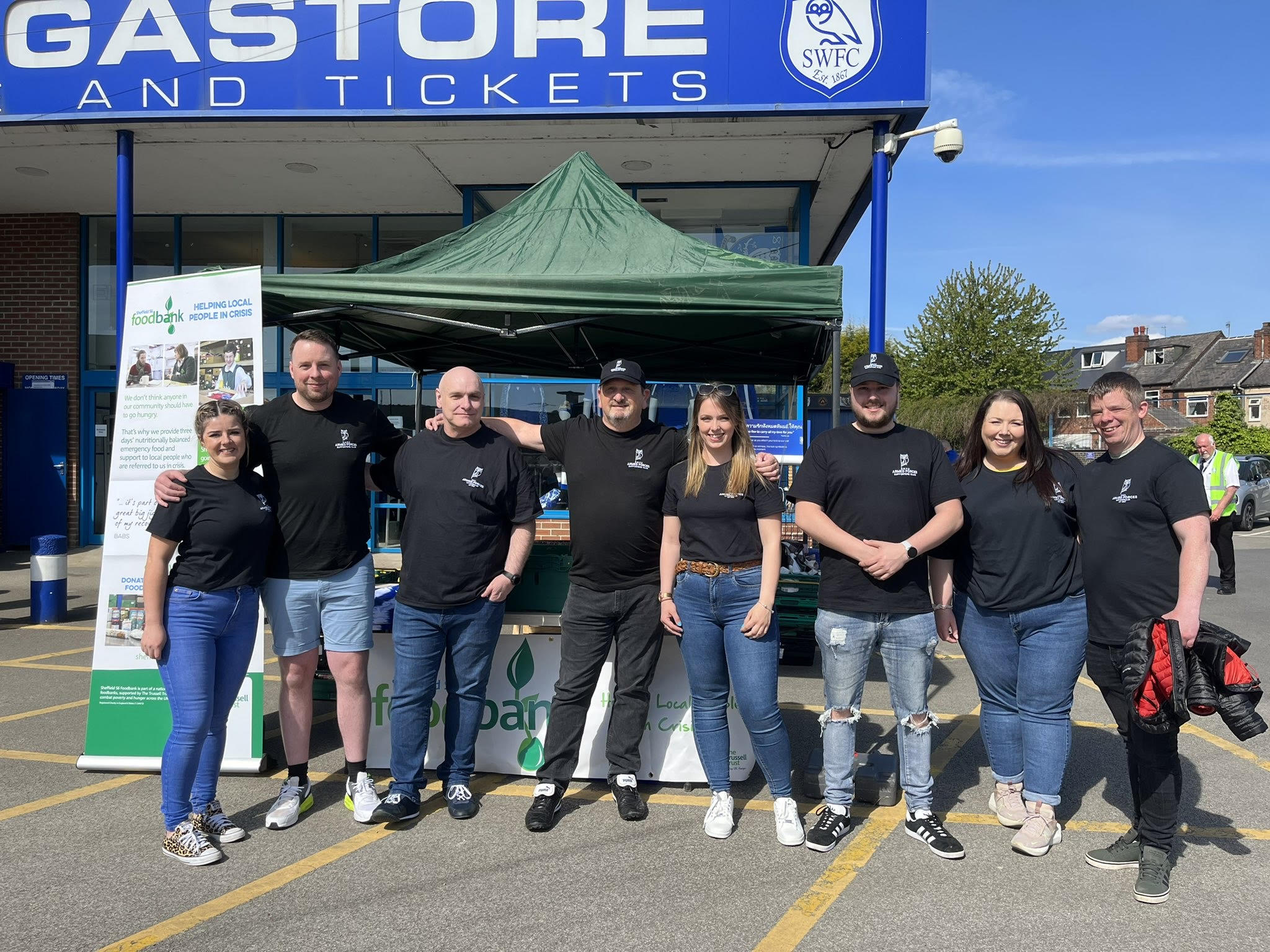 The Sheffield Wednesday Armed Forces Supporter’s Club have reached more than £1000 for the S6 Foodbank in their campaign to support their community.

They collected outside Hillsborough, which followed last month’s signed Sheffield Wednesday shirt raffle where £940 was raised with all proceeds also going to the foodbank.

On Twitter, the S6 Foodbank said it was great to work on the donation drive with the SWFC Armed Forces Supporter’s Group and to see their passion for supporting their community.

The SWFC Armed Forces Supporter’s Club said: “We’re not 100% [sure] on the total amount made on the day due to the donations being a mixture of both cash and food items, with everyday sanitary items thrown in.

“It was more than we could have hoped for and really showed the generosity of the city of Sheffield.”

Donations to the foodbank are needed more than ever due to the current cost of living crisis affecting the UK.

The foodbank supports between 1200 and 1500 families in the local area which the SWFC Armed Forces Supporter’s Club believe shows how the food bank provides a hugely important service to the local people in need.

Statistics on the S6 Foodbank’s website show that over 30,000 local adults and almost 20,000 local children are in ‘food emergency’.

A spokesperson for The SWFC Armed Forces Supporter’s Club also said: “We felt it was a very worthy cause to aid this year as our selected charity.

“Being run on a no profit basis, with the benefit of volunteer staff, the charity is able to get the most out of every penny donated to help those most vulnerable in times of need.”

The Bank of England has recently warned that inflation could rise to 10%, promising to put even more pressure on struggling households with rising prices of food and fuel.