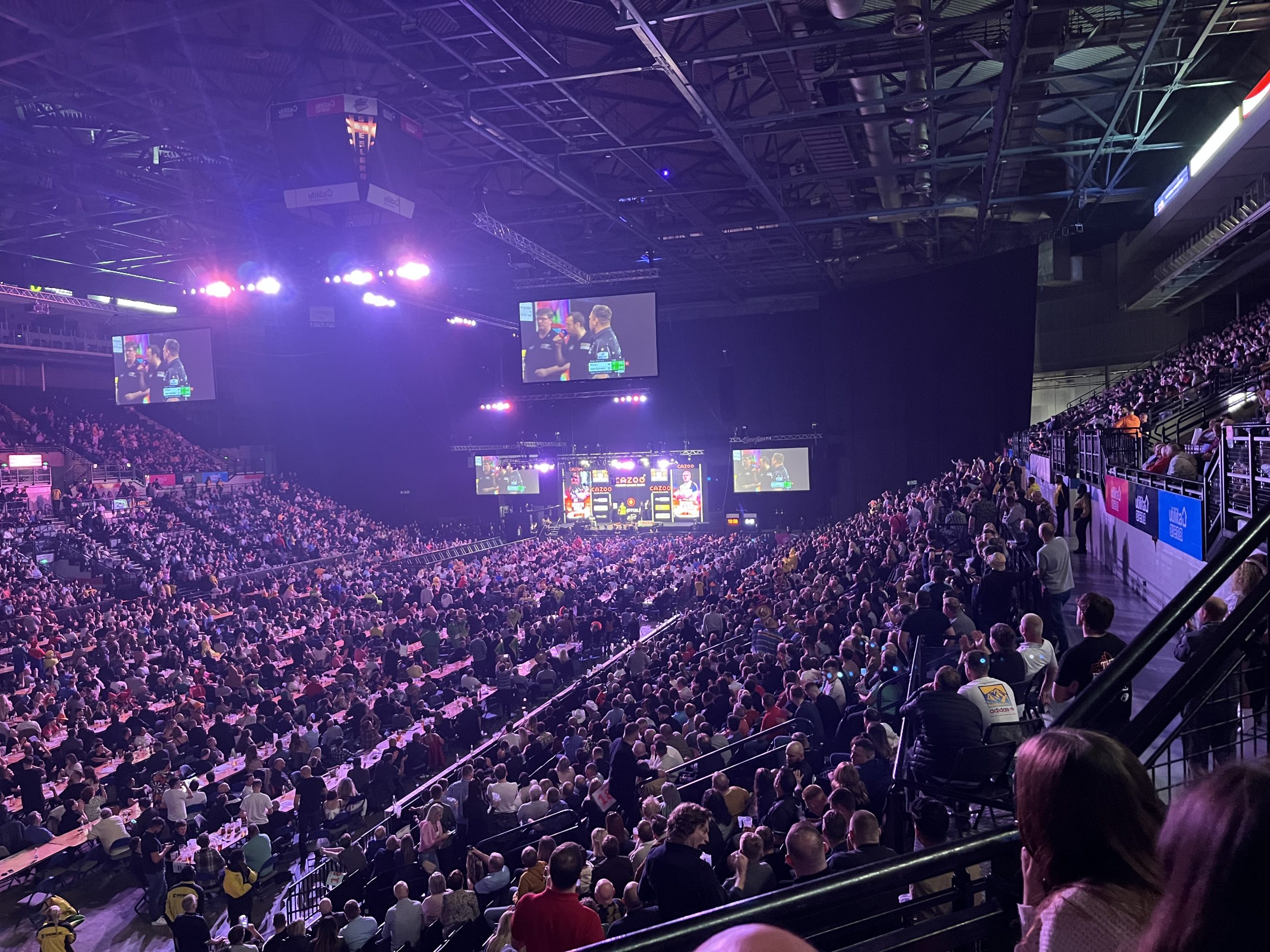 Thousands of fans turned out at the Utilita arena last night to watch Darts’ biggest stars battle it out on night 14 of the Premier League.

Sheffield Arena has been used as a venue for the Premier League of Darts since 2007 and is the second Matchroom event to be annually held in Sheffield after the World Snooker Championship.

Adam Butcher, 19, attended the event and said: “I think it’s very positive to have large scale events like this in the city I live in.

“Having an event as big as the Premier League in Sheffield and the ability to see the biggest names in sport is brilliant. It only costs a couple of pounds to get from the centre of the city on the Tram and is therefore ideally located.”

There have recently been fears that these events could be less frequent with rumours that the World Snooker Championship could be moved out of Sheffield after many players criticised the venue.

Barry Hearn, the majority shareholder of the World Snooker Tour, has outlined his intentions to demolish the Crucible Theatre and replace it with a 3000 spectator capacity venue, and had a meeting with Sheffield City Council last week to discuss the matter.

However, with him stating that it will likely require centralised funding to complete the project, the situation is far from clear, with the Crucibles current contract to host the event running out in 2027.

With the good reception of the darts last night, Sheffield residents are hopeful that similar events will continue to be staged in and around the city.

Tom Burkill, 21, said: “I have looked forward to the darts for a long time, I’m a big fan of sports and especially darts. I can’t wait to see all of the big names in person on the stage.

“The arena is near Meadowhall so the arena isn’t in the city centre but the tram links are good and therefore it is reasonably easy to get here.”

The Premier League will return to Sheffield next year as one of the 17 different host cities across the UK, Ireland, The Netherlands and Germany.