‘It has awakened a raft of memories’: Falklands War veteran speaks after anniversary of the HMS Sheffield sinking 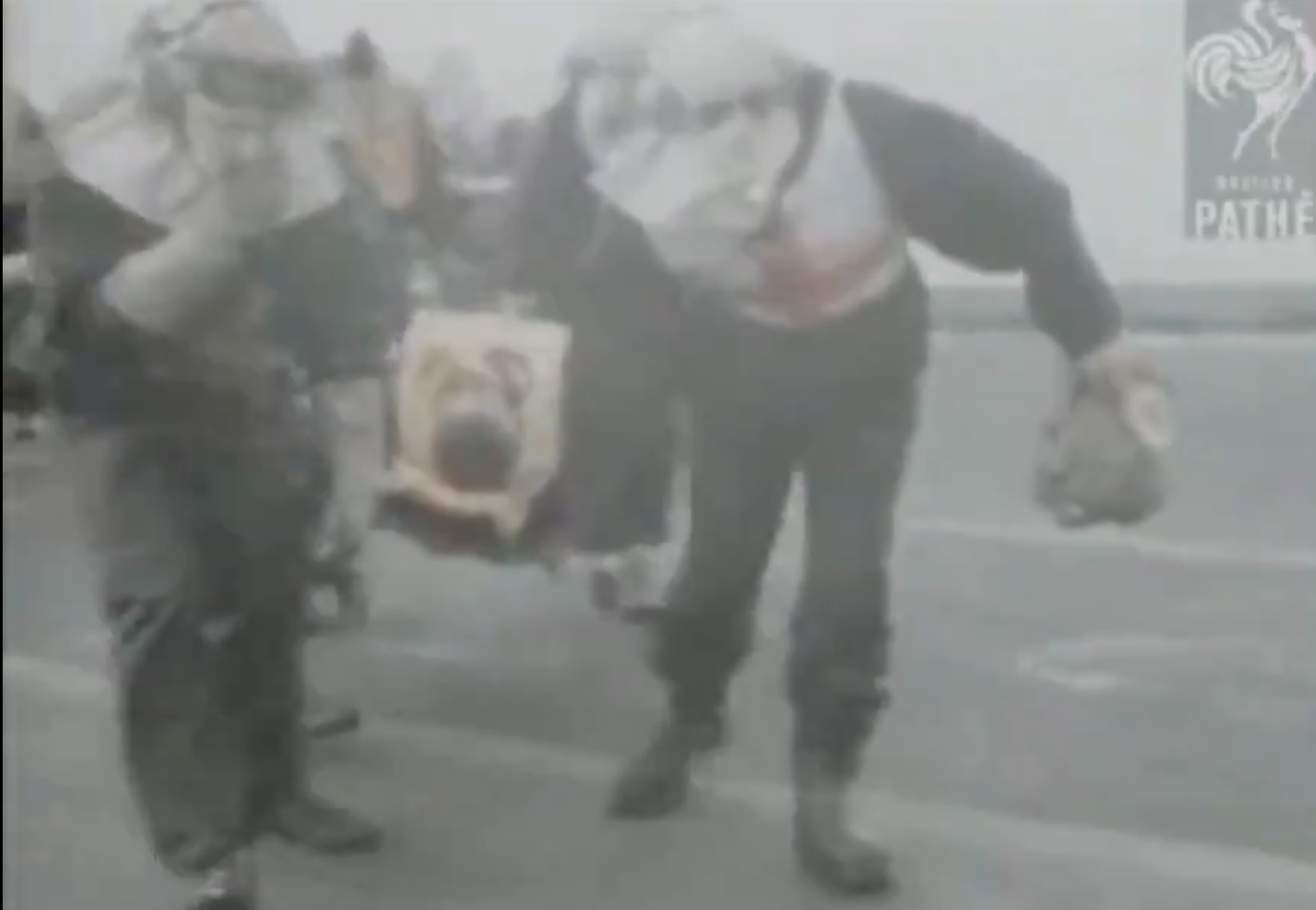 Last week saw the 40th Anniversary of the sinking of HMS Sheffield during the Falklands War.

A video of a young British sailor being stretchered away from the wreckage recently went viral on Twitter.

Mr Schillemore said: “I was a Weapon Engineer in charge of the control system of the gun, the weapons that hung off the helicopter, and a torpedo decoy system. My rank was Chief Petty Officer.

“HMS Sheffield was coming to the end of a six month deployment where we had been in the Persian Gulf during the Iraq-Iran war. We had heard about what was going on in the Falklands, but most of us never thought that it would come to anything. But when Argentina invaded, we knew that something would happen. We just hoped we would get home first.”

On April 2 1982, HMS Sheffield was commissioned to join the task force sent to the Falklands Islands in response to the Argentinian invasion.

Mr Schillemore continued: “We didn’t [get to go home]. We were woken up in the middle of the night and told to prepare the ship for war. I was nervous and unsettled, but there was so much work to do that we didn’t have time to dwell. I was gutted that I wouldn’t be seeing my family.”

He described his experience in the Falklands War as “90% boring and 10% really scary”.

He said: “The work was hard, as we were a long way from spare parts and had to make a lot of things from scratch to keep the ship going. It was tiring with little sleep, but spirits were high. We always sang ‘Look on the Bright Side of Life’ from Monty Python.”

On May 4 1982, HMS Sheffield was struck by an Exocet missile fired from an Argentinian Super Etendard aircraft, leading to 20 fatalities and 26 injuries.

Mr Schillemore said: “Another Chief and I went to the quarterdeck. Just as we arrived, the ship rocked and there was an explosion. We saw smoke and flames, and pieces of the ship shooting away.

“Within seconds, smoke filled the ship. I unrolled my life jacket and went back into the ship, as that was the only way to my action station. However the smoke was so bad that we had to go to the upper deck. What followed were several hours of firefighting and attempting to save the ship.”

Two ships came to assist the sailors to try and save the blazing HMS Sheffield.

Mr Schillemore said: “I took a team of men to move a portable fire pump, which took four to six men to lift. We tried to get it down a hatch, but I said ‘It’s no good guys, it won’t fit’, so they all let go. I tried to hold it but my hip and pelvis parted company and I lost use of that leg.

“I was put in a stretcher and was waiting to be helicoptered off, when the Captain decided that we had to get off as the ship might blow up. I was taken out of the stretcher and thrown across the gap to HMS Arrow, who was alongside us, where I hung onto the scrambling net until I was dragged onboard.”

The anniversary of HMS Sheffield’s sinking was an opportunity for reflection for Mr Schillemore.

He said: “It has awakened a raft of memories that I had buried. Not that I have ever forgotten the experience or the friends I lost, as many of my good friends died. It’s good to remember, but once the remembrance services are over, I think I will pop all those memories back in the locker where I keep them.

“I would ask anyone who reads this to carry on remembering all the people who fought for the country you live in. This does not glorify war, because they did not start it, but fought to keep their country safe. They were ordinary souls who did their best and deserve not to be forgotten.”