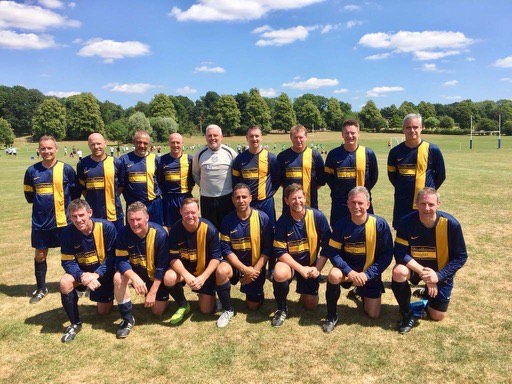 South Yorkshire Legends will be kicking off against Hallam FC at the Olympic Legacy Park this Sunday at 2pm to raise money for a homeless charity.

Pete Beeby, 57, main organiser of Hallam FC, said; “Pressure is on so whilst the charity is the focal point, it is why we are showing up but there is a trophy for grabs, we will be trying to win the game.

Hallam FC have been playing together for over a decade now and have been unbeaten over the last three years.

The match has been organised to raise money for Roundabout, a South Yorkshire based charity that looks to help 16-25 year olds and end homelessness in the region.

Helen Mower, a spokesperson from Roundabout, said; “It’s been a whole team of people that know people and people working in the background, we are really pleased with who we have got.”

The event has been described as a test match for the Olympic Legacy Park, as 300 people have already bought tickets and they expect to sell out.

Ms Mower also said: “The organisers are looking to make this annual, there is a cup and they’ve had strips made up, the first year is a test, the second is something to build on.”

Roundabout is based out of Sheffield and Rotherham, first established in 1977 first operating a small hostel for short term accommodation, however now they have many buildings to both offer advice and short term care.

The organisers will be offering places as mascots for those able to raise over £50, whilst also allowing for photos with the players and hosting a post game raffle.

If you have donations for Roundabout you can find them at www.roundabout.org, while tickets can be bought on the door at the Olympic Legacy Park.