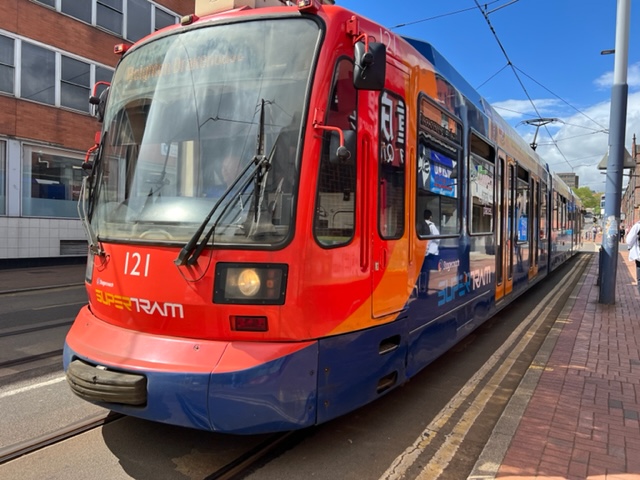 Stagecoach Supertram have issued an apology after over a month of disrupted service has sparked outrage amongst commuters.

The Blue route service which usually operates between Halfway and Malin Bridge has been suspended since early April.

A spokesperson for Stagecoach said: “Following recent issues with overhead power lines, we have identified that some repair work is needed to part of the overhead line equipment to prevent further issues and improve the reliability of our service.

“We are working with our suppliers to source the parts to complete this repair work as quickly as possible, however we are currently expecting the Blue route between Halfway and Beighton Drakehouse to remain closed until at least Tuesday 10 May.

“We would like to apologise sincerely to our customers affected by these unplanned changes.”

The lack of service to Halfway, which operates as a park and ride, has caused a significant amount of disruption for commuters travelling into the city centre.

Jack John, a disgruntled customer, took to social media to express his frustration towards the lack of information provided by Stagecoach.

He said: “Have you any intentions of fixing the problem as it’s been over six weeks now.

“A replacement bus would have been nice.”

Customers are now being advised to depart the tram at Crystal Peaks shopping centre and continue with their journey on the 120 bus which also finishes its route at Halfway park and ride.

Stagecoach assured that any tickets purchased to the Beighton Drakehouse tram stop will be valid on a connecting bus to Halfway without any further charges.

Connie Copley, 19, a University student, said: “Halfway is the nearest tram stop to my house and it is the one I rely on to get me into the town centre several times a week for University.

“I’m currently having to double my journey to drive to a tram stop that is further away, which doesn’t have a park and ride, meaning that im spending all day worrying about if ive parked my car safely.

“It’s only a few stops but it really makes all the difference and I am hoping that the issue has been sorted out in the next couple of weeks before my exam period starts.”

This is not the first time this has happened and disruption is constantly occurring across all of the Supertram lines.

Charlotte Stokes, 19, a student who frequently uses the tram said: “The service is so unreliable and has been for quite a while.

“I attend athletics in Attercliffe and I nearly missed my race the other week because there were diversions I didn’t even know about.

“You would think that because the super tram service has been given more funding it wouldn’t be this way.”

Stagecoach warned that Tuesday 10 May is only a provisional date and is subject to change, but any updates will be provided for customers through their Twitter feed.