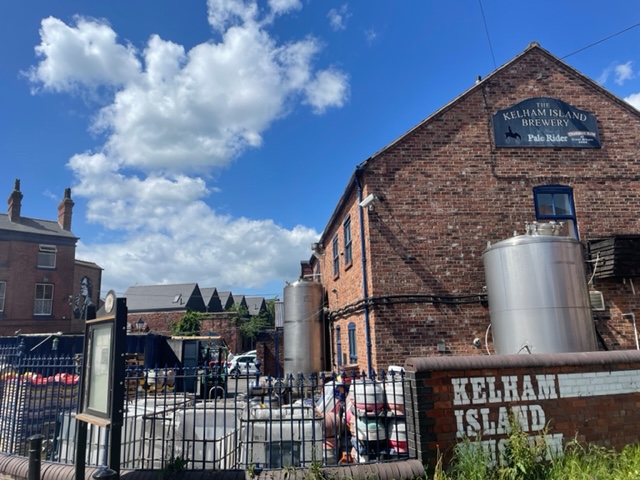 A Sheffield brewery is set to close down next week after 32 years of business.

Kelham Island Brewery, located in the car park of The Fat Cat pub, will close its doors after its final tour on the 14th of May.

Opened in 1990 next to Kelham Island Museum, they were the first independent brewery in Sheffield for nearly a century, and quickly became favourites amongst ale drinkers in Yorkshire.

The brewery announced on their Facebook page: “It is with deep sadness that we are having to announce that we have brewed our final batch of Pale Rider and the brewery will shortly be closing.

“We would like to thank everybody who supported us over the last 32 years- especially our staff and customers.

“We have Brewery Tours scheduled for Saturday 7th and Saturday 14th May, these will be going ahead as planned, but no further tours will be booked in.

“The Fat Cat will remain open, with Kelham Island Brewery beer available on cask and in Bottles/Cans whilst stocks last.”

It is unclear why the brewery is shutting down at this moment in time, although it is believed that running costs have become too high following multiple lockdowns.

Many customers expressed their sadness about the closure.

Victor Harvey, 42, said: “It’s a proper Sheffield institution. It’s no surprise that anything Pale Rider mysteriously disappeared after the announcement. We’ve got to wait until 8pm in the Fat Cat until the next keg.”

Dan Cornish said: “I liked it there, a lovely chill vibe, staffed by great people.”

Carol Windsor, 50, said: “Pale rider was always a favourite of mine, I’m so disappointed it’s shutting.”

Mark Godson on Facebook said: “This is so sad. Your brewery blazed a trail when the big brewers were consolidating around bland, corporate crap.”

Jon Michael added: “This will definitely be a sad loss to the British beer scene.”

The brewery will be the fourth in the last month to cease trading in the UK, including popular Manchester location Beatnikz Republic.

Kelham Island Brewery have stated that any queries in regard to crediting or interest in assets should contact Begbies Traynor using the following e-mail address:- Sheffield@btguk.com.