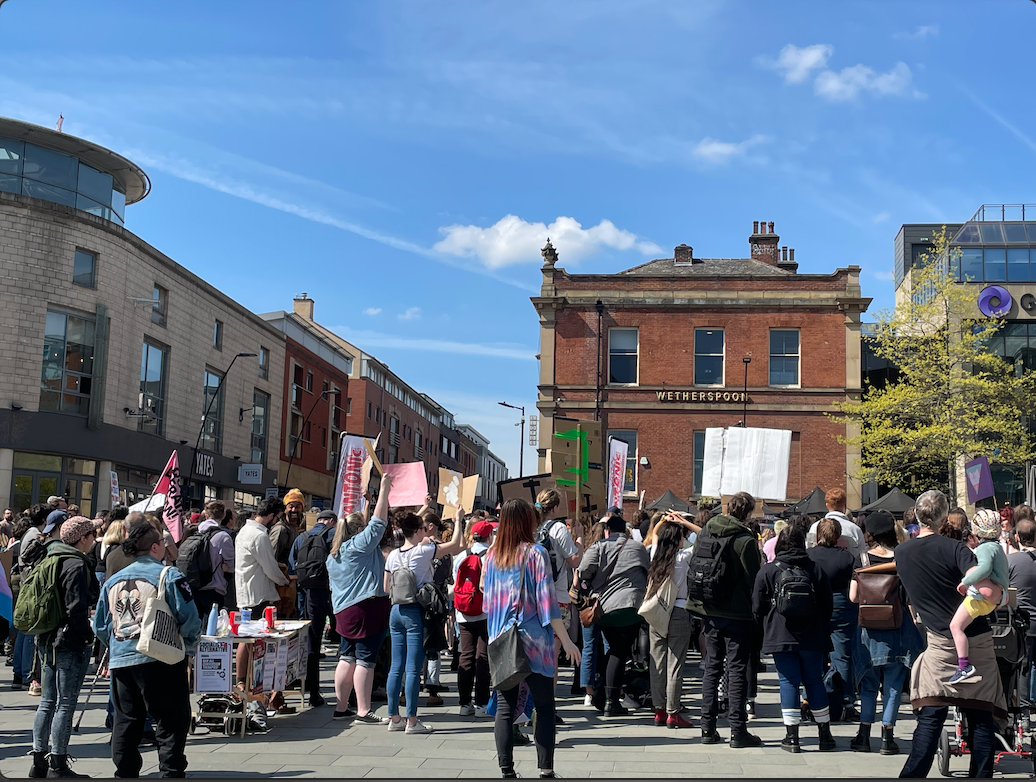 Hundreds rallied outside Sheffield’s City Hall on Saturday to protest the “inhumane and vile” exclusion of transgender people in the government’s ban on conversion therapy.

The government’s ban, which was announced on April 1, only protects gay and bisexual people from conversion therapy.

Jodie, 28, a queer researcher, said: “Conversion therapy is abuse, and I’ve come here today to show my support for the trans community. I’m part of the queer community and you can’t leave one of us behind.”

Government research has shown that transgender people are most likely to have undergone or been offered conversion therapy, furthering the outrage of the LGBTQ+ community and allies alike.

It has been suggested that the government’s exclusion of transgender people from the ban is to avoid complications, which may affect caregivers, therapists and teachers who help children navigate through their gender dysphoria.

However, with research finding that conversion therapy has negative, lasting consequences on those across the gender and sexuality spectra, protestors insist that only a total ban will suffice.

Jess, 17, also a sixth form student, said: “Trans people are dying on the streets and it’s at the hands of the government.

“We can come together, and we do have the ability to make change and educate people and ourselves.”

Sheffield is just one of several cities in the United Kingdom, including Cardiff and London, where protestors have gathered in support of transgender people in recent weeks.