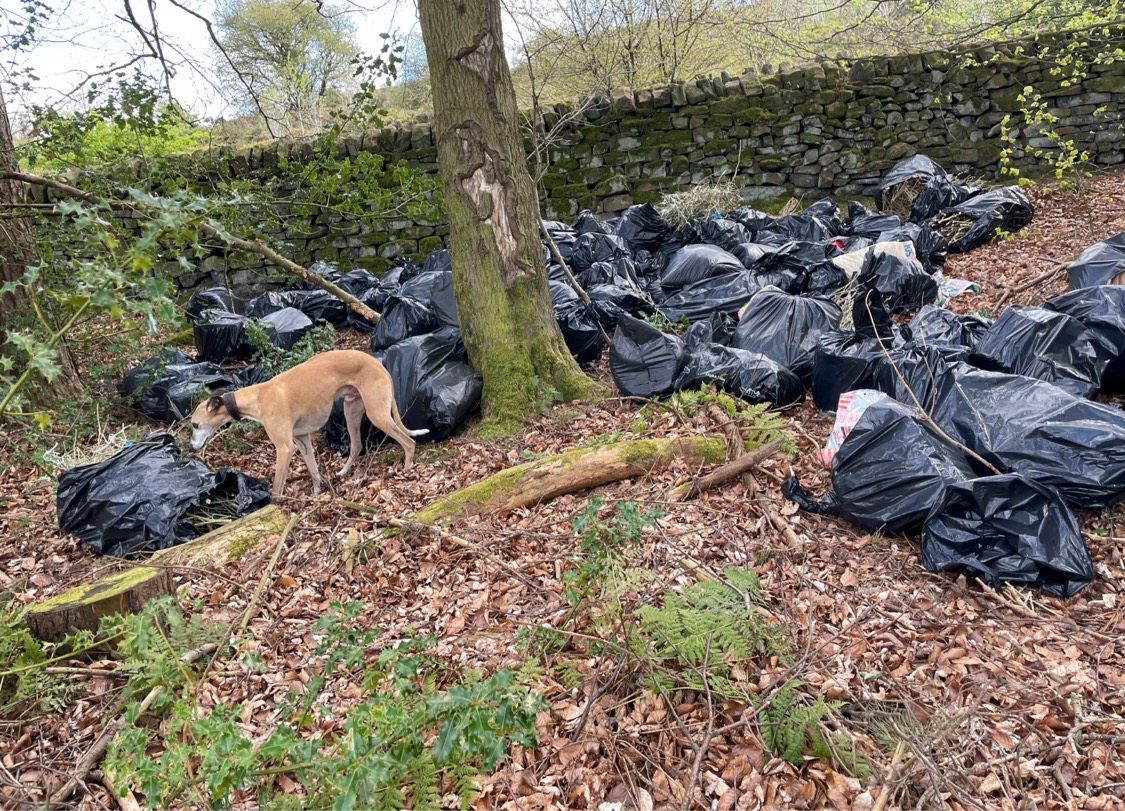 Two Sheffield litter pickers have been given a citizens award after voluntary litter picking services by Bradfield Parish Council.

Mick Marston and fellow litter picker Cassie Wyke have been nominated and approved for a citizens award by Bradfield Parish Council, which they will receive in a ceremony being held in May at the Parish council offices.

Mick Marston said: “I’ve been litter picking for years on anything in the immediate vicinity of my house. I then began to notice litter even more when I moved to Bradfield about 12 years ago.

“I pick litter on a small scale almost daily I walk my dogs everyday and anything I come across I gets sorted.”

He added: “The area is largely rural so litter picking is a bit of a trial. It is also very hilly and often windy so you have to be quite robust and fit to do it round here

“I started pinpointing really bad areas whilst cycling and then would go back in the car armed with gloves and bin liners.”

According to the Sheffield City Council website: “It is a criminal offence to drop litter or throw it from a car, which carries an instant £80 fine.

“Fly-tipping offenders risk prosecution. The fly-tipping of waste is a serious criminal offence, it carries a maximum penalty of an unlimited fine or up to five years imprisonment.”

Although there are instant fines for dropping litter and potentially five years imprisonment for fly-tipping, it is clear that is not solving the problem.

Mr Marston added: “I was horrified at the amount of stuff chucked from cars there was on the roads.

“The litter is always the same things- Mcdonalds, KFC, Costa, bottled water, Red Bull, Solvent abuse containers and there is one litterer in the area who enjoys Malibu.”

Throughout Sheffield there are many residents who sacrifice their spare time to help clean up local areas.

Daily images are uploaded onto Facebook groups consisting of other voluntary litter pickers findings around Sheffield, many of multiple bags of rubbish.