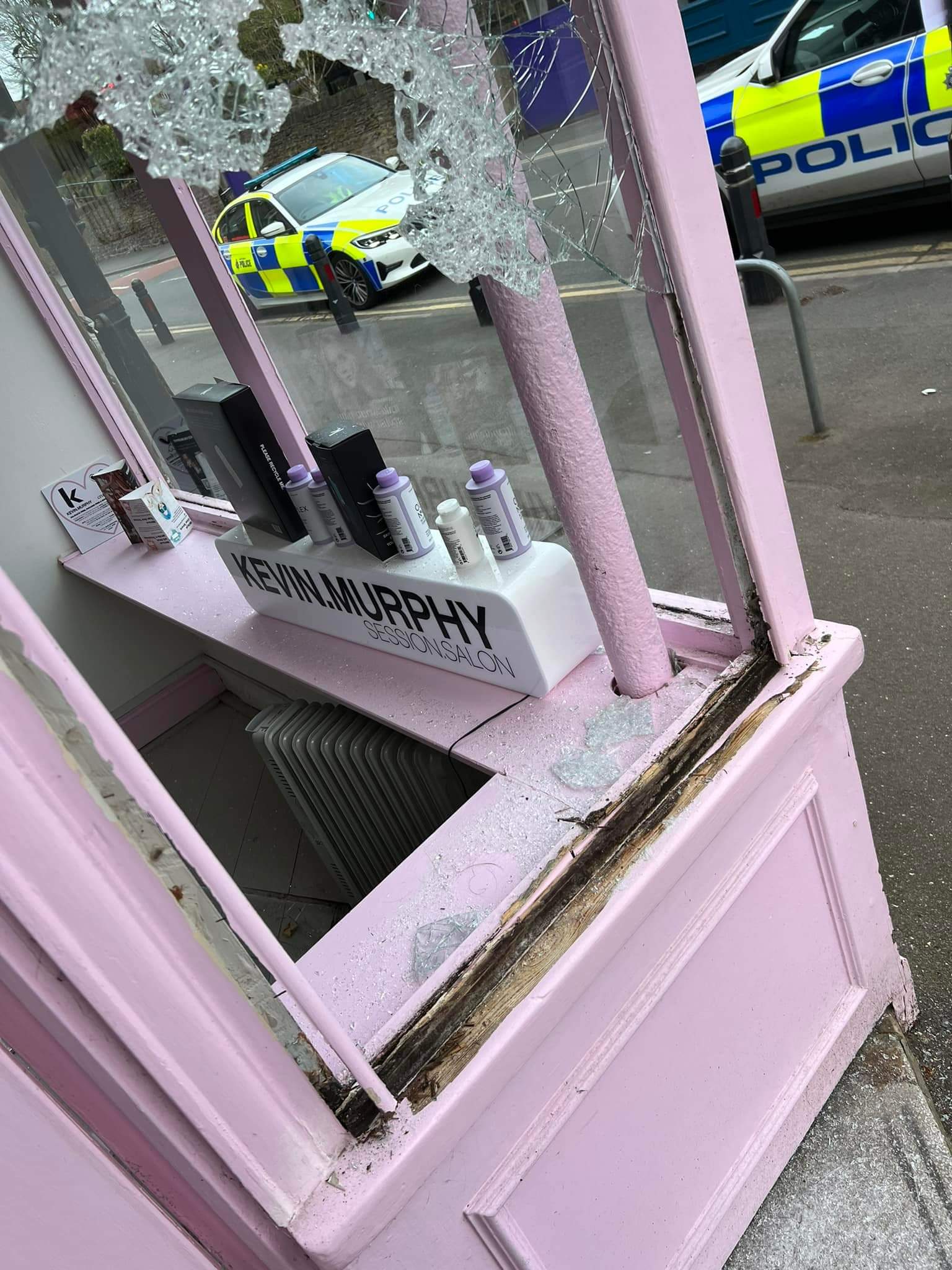 A salon in Nether Edge was broken into and cash was taken early this morning.

Rachel Hunt, 39, owner and proprietor of the ‘Bombshell’ salon, on Nether Edge Rd was contacted by the police at around 5am to say that there had been a break in.

She arrived at the property to find her window smashed and police already at the scene.

Fortunately nothing had been taken but some petty cash.

She said: “I was expecting it, can I say that, because they all get done around here, there is loads burglaries happening at the minute.”

The area has been victim similar burglaries with  ‘the studio’, another salon also being burgled recently.

Miss Hunt said: “The council need to do the CCTV what the nether edge neighbourhoods keep asking for.”

She had posted about the break in on her Facebook page where locals expressed there sympathy and anger at the lack action from the council.

According to streetcheck.co.uk there have been four burglaries on nether edge road in February alone.

In the whole of nether edge area there was a reported 27 burglaries, six thefts and one robbery, all in February 2022.

He said businesses should make sure they British standard EN14449 glass which is the correct accredited glass and is essentially ‘sledgehammer proof’.

These can be retrofitted to almost any existing windows and doors.

He also described how over the past six months thieves are ‘not only snapping locks but now blow torching doors to get past non accredited sacrificial lines and snap the locks’.

He said: “We’ve been to quite a few of the blow torching burglaries.”

He encourages business to invest in ts0073*diamond accredited locks which can withstand said blowtorching as well as lockable sash jammers for windows.

Shefflock ltd offers all of these services and can be contacted via their website https://www.shefflock.co.uk or 0114 442 6200.

Anyone with information about the incident can contact South Yorkshire Police on 101 or call Crimestoppers on 0800 555 111.