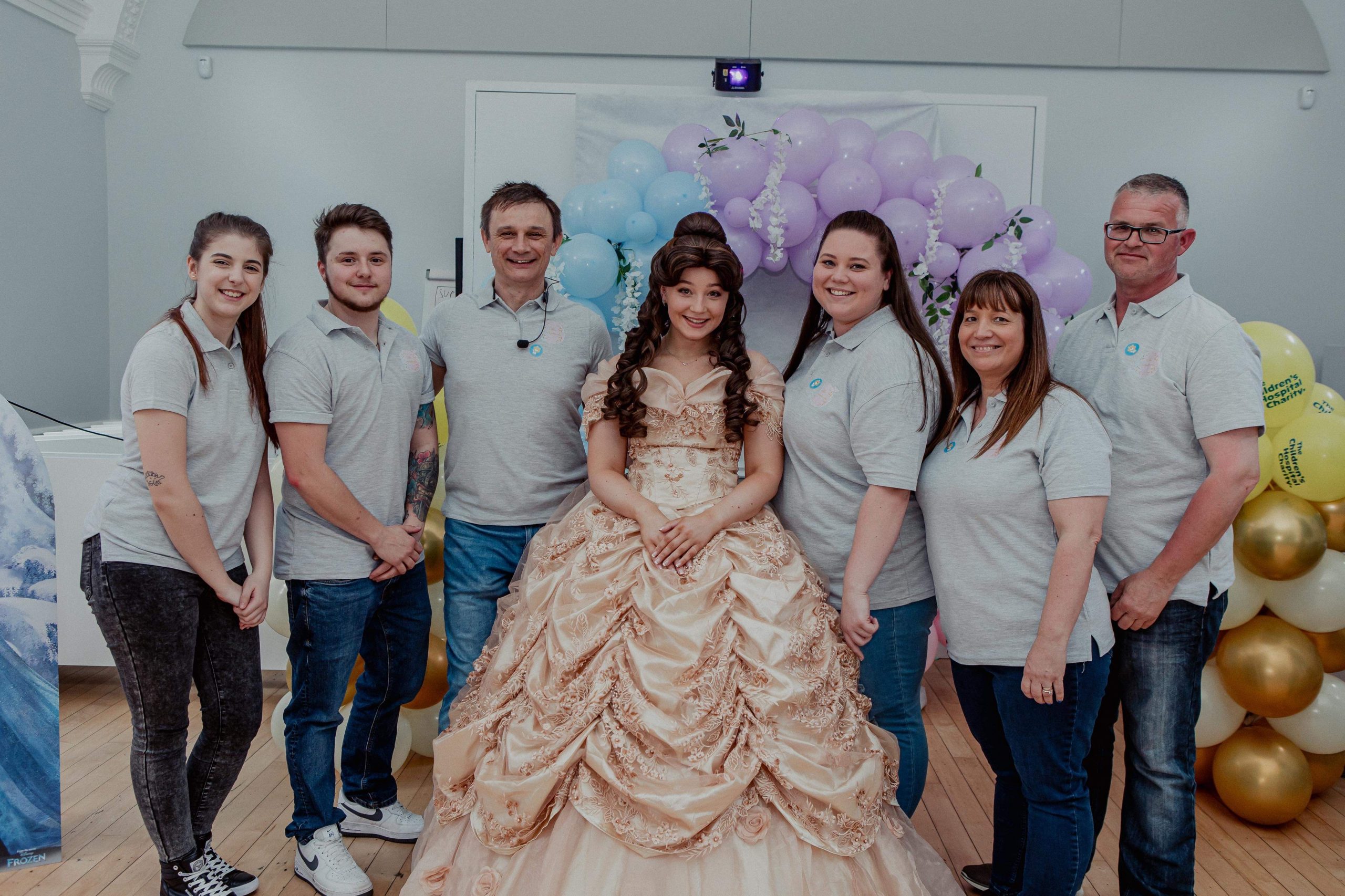 The owner of a children’s entertainment business has raised £150 for Sheffield Children’s Hospital after being treated for a brain tumour there as a child.

Ebony Gladding, owner of Little Enchantments, organised a party on April 15 at The Angel Suite in Brigg.

Ebony was 14 years-old when she was diagnosed with a brain tumour which resulted in her having two successful surgeries within a year – both of which were performed at Sheffield Children’s Hospital.

Miss Gladding, 21, said: “They were incredible, and I couldn’t have asked for better care.”

The party was also used to launch her business which provides children’s parties with princess appearances by professionally trained performers.

At the launch party there were three princesses, all played by Ebony herself, as well as a DJ, glitter bar, face painting, hair braiding and by supporting a local small business, Icing on the Cake by Lauren Coulbrook, a specialised cake for the occasion.

Miss Gladding, said: “We put on the party to show parents what we have to offer them and how we can make their children’s birthdays magical.”

The fundraising for Sheffield Children’s Hospital wasn’t just taking place at the launch event, Little Enchantments have set up a Just Giving page, prompting people to donate to their cause at any point.

They have so far raised £190 for The Children’s Hospital Charity through their ongoing campaign.

After seven years, Ebony maintained a friendship with her neurosurgeon that treated her and they still keep in touch to this day.

On the Just Giving page, Miss Gladding, said: “I’m still in touch with my neurosurgeon years down the line and I am so grateful and lucky to have met him and have a friendship with the man who saved my life.”

If you want to support The Children’s Hospital Charity and Ebony Gladding’s Little Enchantments, you can find their Just Giving page at: https://www.justgiving.com/fundraising/little-enchantments?fbclid=IwAR3PUwREzDrzyIK_W-uCtue0StimB6A7Gc3dNaH5oUYGKc5AmgfZc7nVlSY