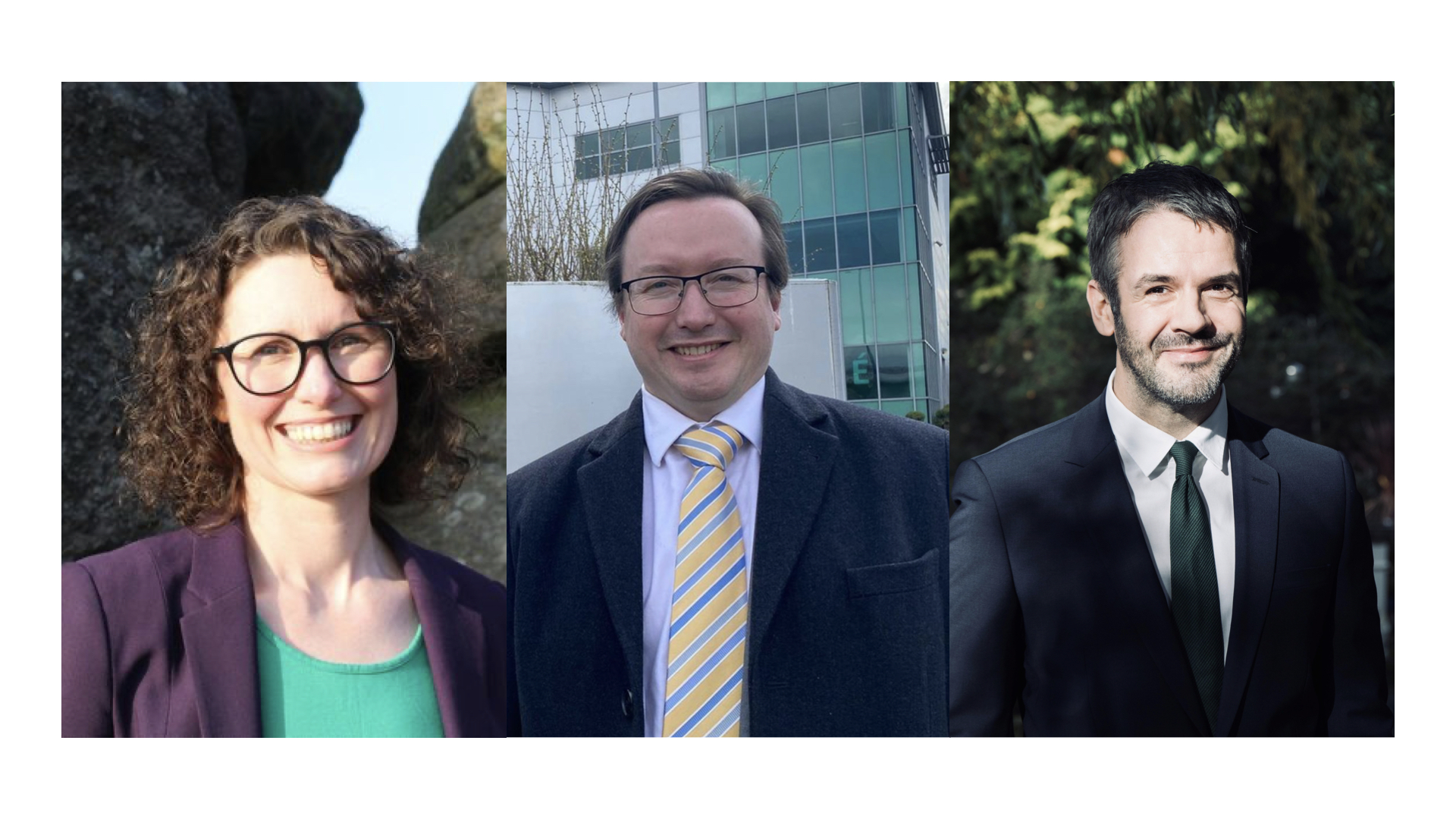 Candidates for South Yorkshire Mayor discussed their ambitions for nature and climate in a hustings led by Sheffield & Rotherham Wildlife Trust on Monday evening.

The Mayor of the South Yorkshire Combined Authority will be responsible for delivering net zero carbon as well as a Local Nature Recovery Strategy for South Yorkshire for the first time, as part of the Environment Act.

Throughout the hustings, the candidates discussed how to tackle the nature and climate emergencies.

As Mr Coppard summarised: “No one’s going to escape this. The climate emergency is coming for us all.”

Ambitions for nature and climate

Mr Coppard believes the new Labour manifesto “includes some really ambitious targets when it comes to nature and climate”.

He said these targets include “more liveable communities, improving our air and water quality, planting 1.4 million trees, and working with partners including the Wildlife Trust and Friends of the Earth to deliver all of that”. 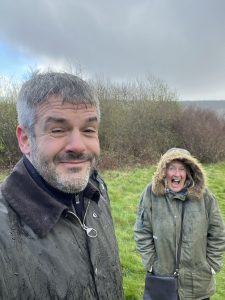 Oliver Coppard on a woodland walk this month with Sheffield & Rotherham Wildlife Trust to discuss conservation and protection of woodland. Photo: Oliver Coppard

When asked about his ambitions and what areas he would like to be judged on as Mayor, Mr Otten said he believes transport is of the utmost importance, and is where the Mayor has the most powers.

Ms Whyman would like to be judged upon transport, housing and jobs primarily if she were to be voted into the role.

She said: “We need an integrated transport system; one that’s green, clean, regular and reliable, and most importantly accessible for all.

“We have to get people onto public transport.”

Detailing some of her ambitions, she said: “I would want to bring new technologies into the retrofit space such as Energiesprong with an actual target of 1,000 homes to be retrofitted within 4 years.”

In jobs and skills, she wants to have 1,000 skilled green jobs for young people and 400 people trained in providing skilled energy advice. 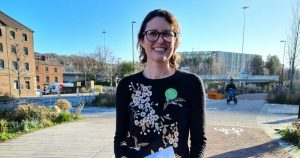 At the September UN General Assembly, the Prime Minister committed to protect 30% of the land in the UK for nature by 2030.

But Ms Whyman said: “I think that having just 30 per cent of the land protected is a little bit insulting. I’d love to see 100 per cent protected.

“Ultimately we’ve got so many brownfield sites out there and so much existing derelict sites that can be built upon; there are other areas out there and we don’t need to go into any of our green spaces or protected spaces.” 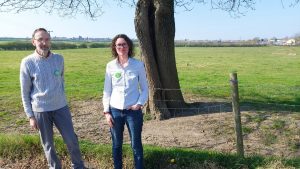 Producing the Nature Recovery Strategy is extremely important to her; looking at where we can protect our biodiverse areas and expanding that where possible.

Mr Otten also commented on the importance of our natural spaces and protecting South Yorkshire’s biodiversity.

He said: “We need to understand where the nature is, where the biodiversity is strongest, and work with partners in order to ensure that’s protected.”

Mr Coppard also believes the 30 per cent set by the PM isn’t enough.

“It has to be about biodiversity gain, reinstating species and increasing woodland cover.”

Each candidate placed an emphasis on working together and including the people of South Yorkshire in these decisions.

Mr Coppard said: “I’m a bit sick and tired of politics being done to people; it needs to be done with people, and nowhere is that more important than when understanding how we reach net zero and the changes that will result.”

He plans to create a South Yorkshire Citizens’ Assembly so that everyone in the region has an opportunity to shape how we respond to the climate emergency.

On local authority cooperation, Mr Otten said: “The way you actually make progress does involve working together between the Mayor and local authorities, and with the communities.

“We’ve got huge amounts of goodwill within our communities; schools for example are happy to do huge work within their patch and its all about working together.” 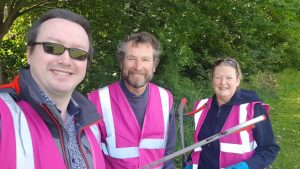 While Ms Whyman interpreted the new green deal as being about “ordinary people getting together, wanting to find a real solution to match the scale of the challenge of getting to net zero.”

Mr Otten and Mr Coppard were in agreement that ‘green jobs’ must become the norm.

“Social care, factory workers, teachers should all be green jobs, because they all have to recognise and understand and fit within our net zero goals.”

Expanding on this point, Mr Otten said: “It’s not that green jobs are going to be the exception.

“It’s the jobs that aren’t green that are going to be the exception, and that’s what we need to find a way of replacing.”

When discussing green jobs, Ms Whyman said that we could actually start an industrial revolution with green energy.

Lindy Stone, coordinator of Sheffield Friends of the Earth, hosting the hustings from South Yorkshire Climate Alliance said: “Some would say that there is a tension between addressing the climate crisis and boosting growth and the two are actually in contradiction with each other.”

In response, Mr Whyman argued that creating industry around renewables could be a real leap forward in growth, and offset our carbon emissions as well, so they can actually work in tandem.

She added: “Growth could be reframed and thought about in a different way.”

Mr Coppard also said: “It’s really fundamental that we understand and talk about climate not just as a challenge but an opportunity.

“It is a huge opportunity for economy, and for our community to grow in a sustainable way but also to create good solid jobs in the future in a way that keeps people in work.”

He added: “We need to get to net zero because it’s the only way we’re going to save the planet, but we can do this in a way that creates good jobs.” 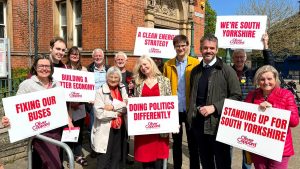 Mr Coppard detailed some of the opportunities we have in South Yorkshire in the industries and supply chains that feed into green technology.

He referenced ITM power, one of Europe’s foremost hydrogen producing companies, who are based in Sheffield.

He also added that we have blade technology developments and fuel technology being developed in South Yorkshire that are leading globally. 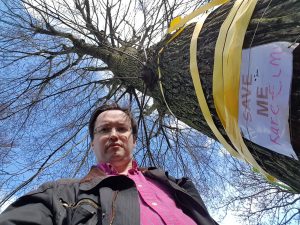 Councillor Joe Otten paying a visit to rare Huntingdon Elm in Nether Edge in 2017, then condemned by the council for minor pavement disruption. Photo: Joe Otten