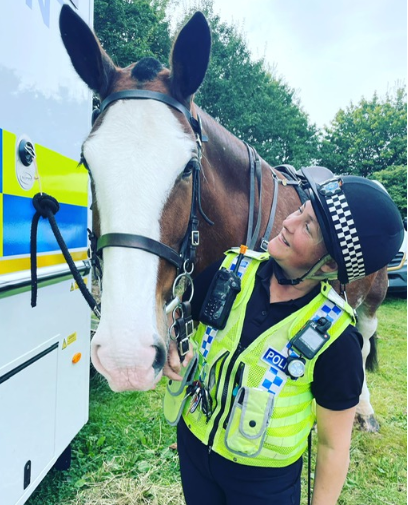 South Yorkshire Police have reached out to stables in the search for a new “four-legged colleague” to recruit to their Mounted Department.

Police are looking for a heavy or crossed heavy breed horse which include Irish Draft, Shire, and Clydesdale breeds aged between four and eight years old.

South Yorkshire police said: “Our horses are a huge part of policing family and receive the highest level of care, and love from our officers and grooms.

“Due to the challenging role of a working horse, he must be quiet in nature, not phased by situations and bombproof in traffic.”

The current team of nine horses are based at Ring Farm in Cudworth, Barnsley and is one of 11 a Mounted Department in the UK.

The Mounted Department require all their horses to be 17hh tall or above. The height of horses in the metric system is measured in ‘hands’ with one ‘hand’ equal to 4 inches.

Alan Billings, South Yorkshire Police and Crime Commissioner said: “As well as their very effective role in such things as crowd control, they are also really good for engagement with the public.”

Dr Billings continued: “The officers were telling me how people are much more likely to come and speak to them when they are on the horses. They pick up a good deal of useful intelligence that way.”

Ring Farm have a record of every horse that has been brought by the force since 1900 when it started as Sheffield Police.

The horse is required to be able to pass a five star vetting process as well as a completed four-week trial before purchase.

Police urge any owners with horses that have potential to be a police horse to contact PC Lindsay Crew via email at Lindsay.Crew@southyorks.pnn.police.uk. 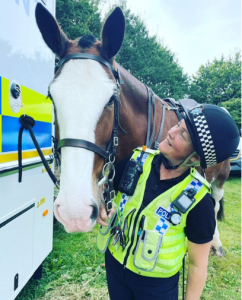 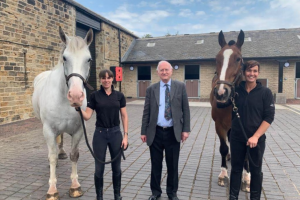