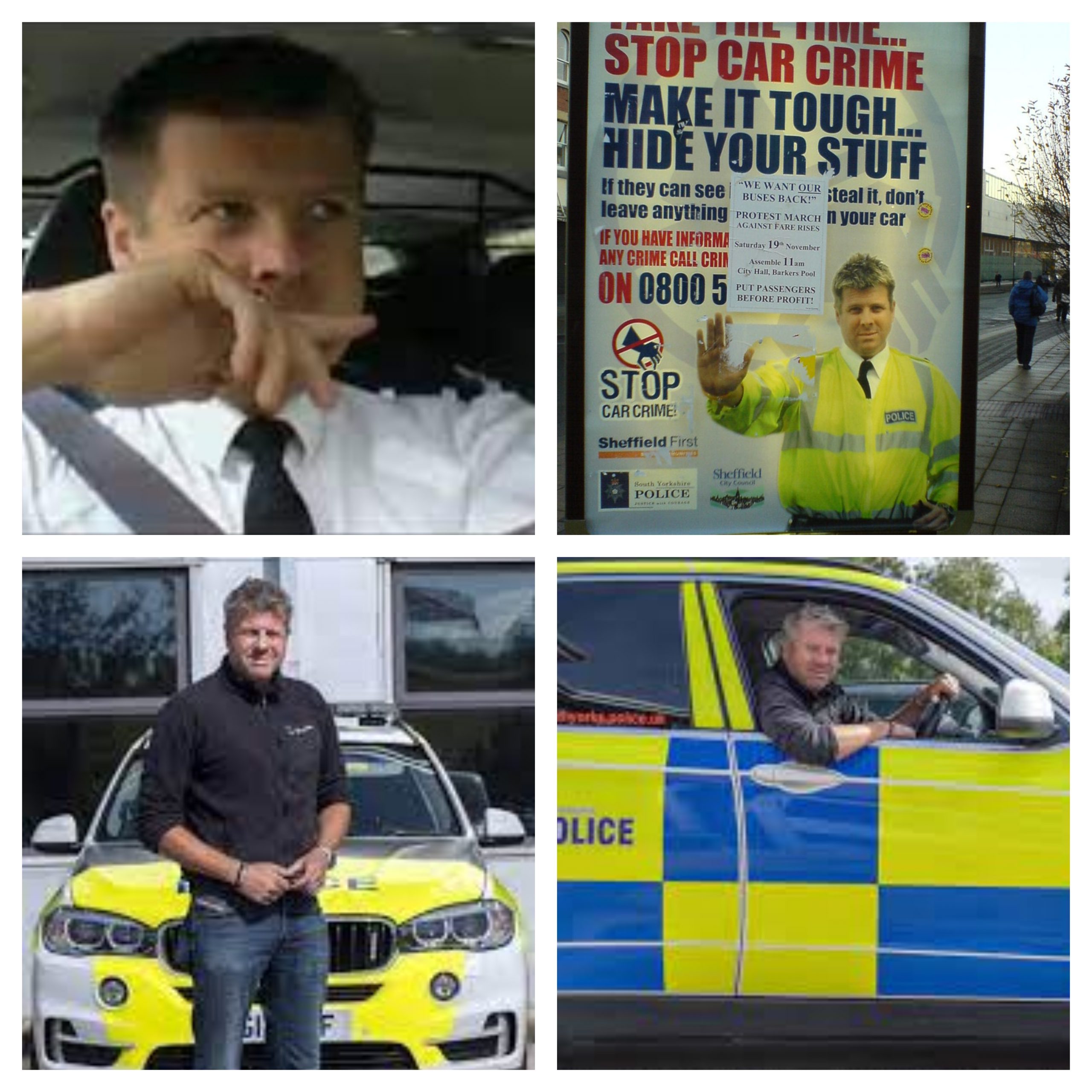 PC Tim Scothern also known as ‘TV Tim’ by his colleagues was a star on the BBC 1 show traffic cops and channel 5’s interceptors for 10 years in between 2002 and 2012.

Tim joined the South Yorkshire police in 1992 as a probationary officer and then Joined the response team at Dinnington station once he completed his training.

He spent 30 years in the force and has been described as an “icon to roads policing for decades”.

Traffic Cops, originally a BBC1 documentary but now on Channel 5 follows different road policing units across the UK and has been one of the most watched factual series on Uk television.

Even after his television career Tim remains a superstar on the streets with OSU’s Roads policing Inspector Craig Cliffton saying: “Only a couple of weeks ago Tim and I were sat with a stolen car when some of his fans came out for an autograph”.

Tim wasn’t just a famous face around the force but was well known for ‘having the knack’ to catch some of South Yorkshire’s most wanted criminals.

Up to his retirement Tims still maintained a love for policing, Superintendent Lydia Lynksy said: “during my time working for Tim it was no surprise to find his enthusiasm never waned and even on his approach to retirement he has been as proactive as ever”.

PC Tim Scothern was an inspiration to many, with his supervisor DS Gareth Bryant describing the experience of supervising him as surreal and said that: ”it is without a doubt watching police officers like Tim that inspired me to become one myself”.

Tim plans to use his retirement working within the motor sport industry and put his driving skills to more good use.