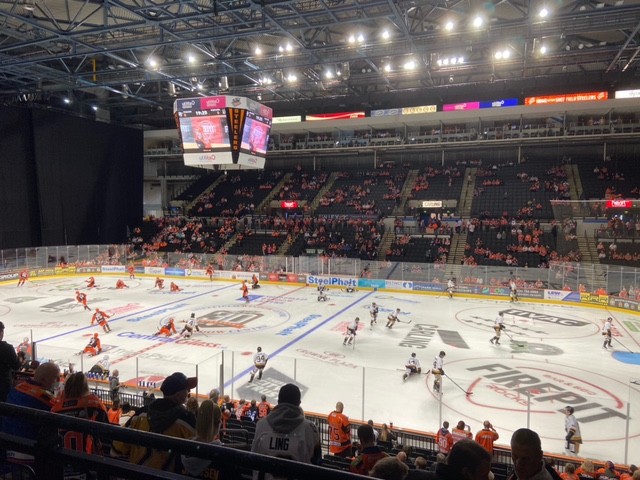 Fans of Sheffield’s biggest Ice Hockey team have expressed their feelings about a deal to continue to play at the Sheffield Arena until the 2029/30 season.

The deal will mean stability for the Steelers as they aim to grow as a club and a business with an ever-expanding fan base.

One such fan, Jon Duck, 52, who attended the first game at the Sheffield Arena in 1991,  said: “It’s a fantastic deal for the club, the supporters, everyone. To know we’ll be playing there is just great.”

Mr Duck described the Arena as “the spiritual home” of the Sheffield Steelers, and that when it’s sold out the atmosphere is “fantastic”.

He also described the relationship between the club and their owners, the Smith family, as going “from strength to strength”.

Tony Smith and his family took ownership of the club in 2011, and it has become much more successful since then, both commercially and competitively.

It has earned the highest average attendance in the Elite Ice Hockey League and has become the most successful Ice-Hockey club in Britain.

There has been a love-hate relationship between the supporters and the arena in the past, before the Smiths’ takeover, with fans once being locked out of the arena on a matchday.

Despite this, the owners have made the most of the relationship with the arena, with crowds boosted to over 7,000 regularly.

Long-time Steelers fan Mr Duck summarised his feelings around the new deal, saying: “For me personally, it means I can go to my favourite arena week-in week-out without issue.

“I know that the owners can focus on bringing in the best players and producing a great show for the supporters.”

The agreement between the Steelers, the City Council and Sheffield City Trust is seen to be one of mutual benefits, as Tony Smith said in a statement: “This agreement cements months of negotiations of positivity on both sides, the Steelers are an important brand within the City of Sheffield, as well as an important core tenant of the Arena.

“Without the Arena, the Steelers cannot operate let alone continue to promote and grow their business and audience to the people of South Yorkshire.”