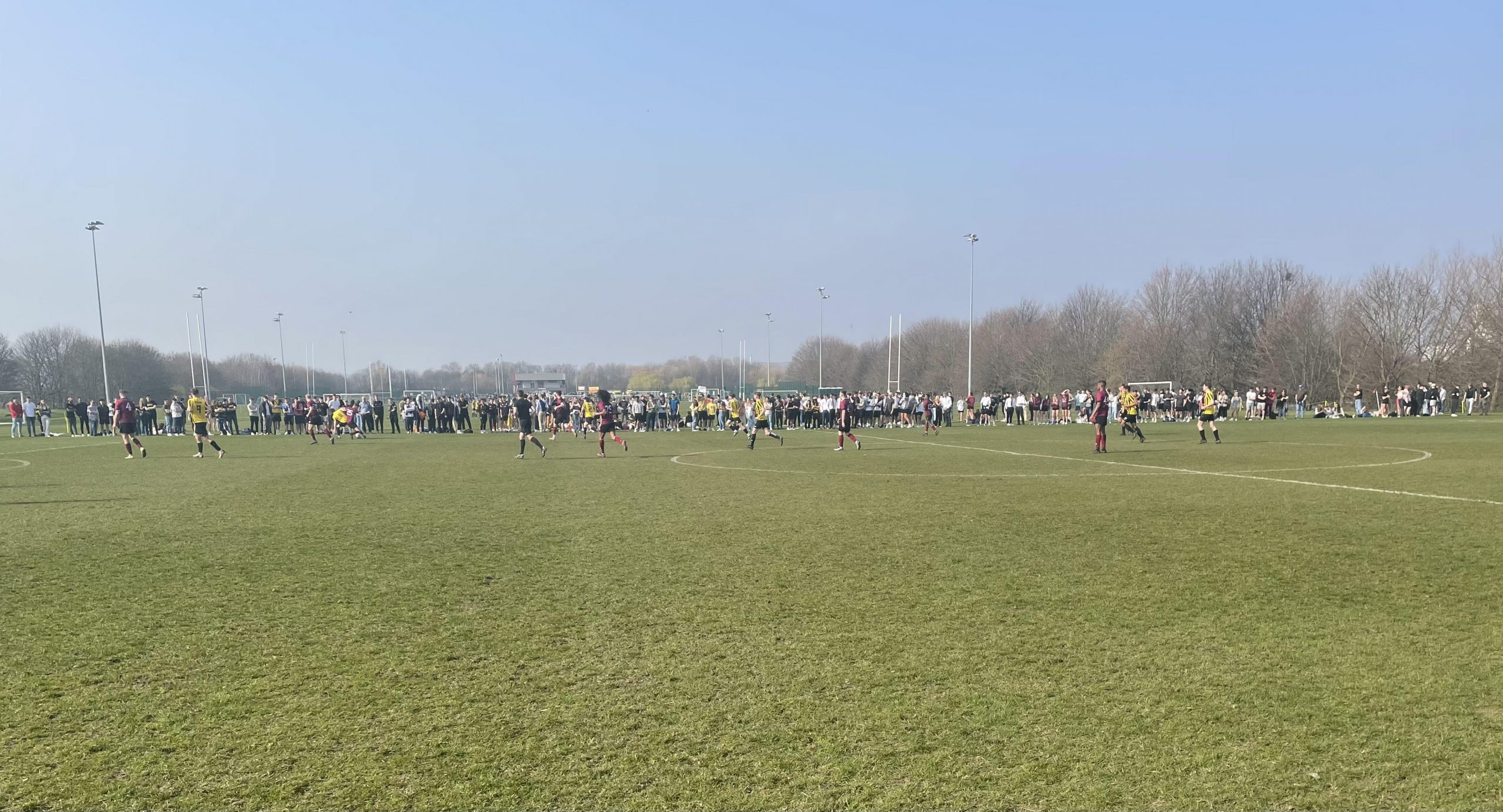 Sheffield Varsity has marked its 25th anniversary after a two year break due to Covid 19.

Sheffield Varsity is the main university sporting event of the year in Sheffield where the neighbouring universities, University of Sheffield and Sheffield Hallam, compete against each other.

Over 1,000 students compete in more than 70 sporting events.

One student who studies at the university of Sheffield and competed, Joe Mangan, 22, goalkeeper for Men’s 3s football, said: “Varsity is fantastic. It was a really, really great way to get what felt like the entire uni down together for a festival sport.

“It is such a big occasion.”

For two weeks both campuses turn to their respective colours, gold and black for the university of Sheffield and maroon for Hallam.

The last Varsity was in 2019 where the university of Sheffield took a lead in Varsity trophies, 11-10, for the first time in 10 years.

Mr Mangan was a stand out player in the 3s 2-1 win over Hallam on Wednesday 23rd March at Hallam sports park.

He said: “It was really well organised and I love the competitiveness between the uni of Sheffield and Hallam.”

It was Mr Mangan’s first Varsity despite being in his third year.

He said: “Honestly, from the bottom of my heart, it was one of the best days of my life. The happiness I felt after the day, I was on such a high.

“Being there and playing a game which means so much to you is something special.”

The absence of Varsity has been greatly missed in Sheffield as the big crowds and sold out venues suggest.

Venues including the Octagon and Hallam sports park both sold out for the events.

Finals of the ice hockey take place on Wednesday 30th and are expected to attract one of the biggest crowds UK ice hockey has seen for years.

University of Sheffield Men’s football secured their first ‘whitewash’ in seven years by beating all 4 Hallam teams on the day.

University of Sheffield look likely to make it their 8th consecutive Varsity win as the current scores have them winning 27.5 – 8.