Pinstone Street stays pedestrian only amid push for a ‘greener’ Sheffield 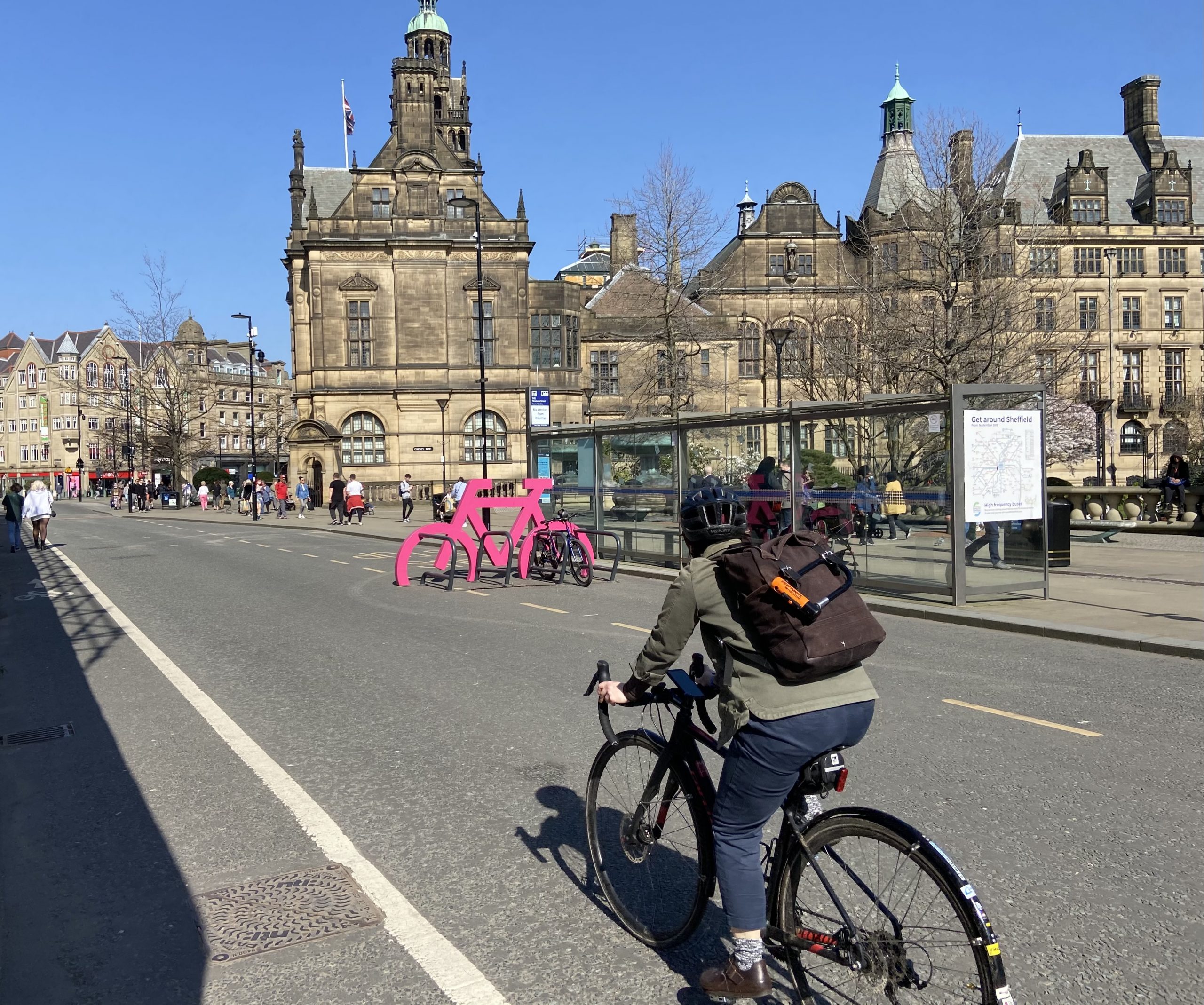 The decision confirmed the council’s commitment to a more environmentally-friendly city centre in line with their ‘Connecting Sheffield’ initiative which looks to create convenient walking and cycling routes around the city.

“Residents have told us of the big difference the closure has made to air pollution.”

Cyclists who regularly travel through Pinstone Street have expressed their joy at the recent decision, allowing more space in the absence of motor vehicles.

Ben Wannop, 20, an avid cyclist around Sheffield, said: “It’s a good decision as this should encourage more cyclists in the centre. It is a step towards a greener city.

“It’s very convenient, this route is on the way to the gym and it’s great to have a street with no cars.”

Sheffield City Council found that air pollution causes around 500 premature deaths in the city each year with the biggest cause being transport, especially diesel vehicles.

Douglas Johnson, Executive Member for Climate Change, said: “This decision will offer a good quality, attractive environment in place of a line of motor traffic.”

Some have expressed the negative effects the council’s decision will have on people who are unable to walk very far and those in wheelchairs.

Johnathan Lynn, 58, who lives in Sheffield, said: “I think it will be very difficult for the members of society who are in wheelchairs to access places on this road.

“Bus routes have changed around the city centre and people need to use cars to get close to venues.”

The decision is linked to ‘Connecting Sheffield’. The scheme has been gifted a grant of £1.4 million to allow the transformation of the city centre into a more attractive place to live, work and spend time.

Sheffield is known as ‘The Outdoor City’ for its many green spaces and ‘Connecting Sheffield’ will hope to bring ‘The Outdoor City into the City’ by making streets more attractive through minimising toxic fumes.