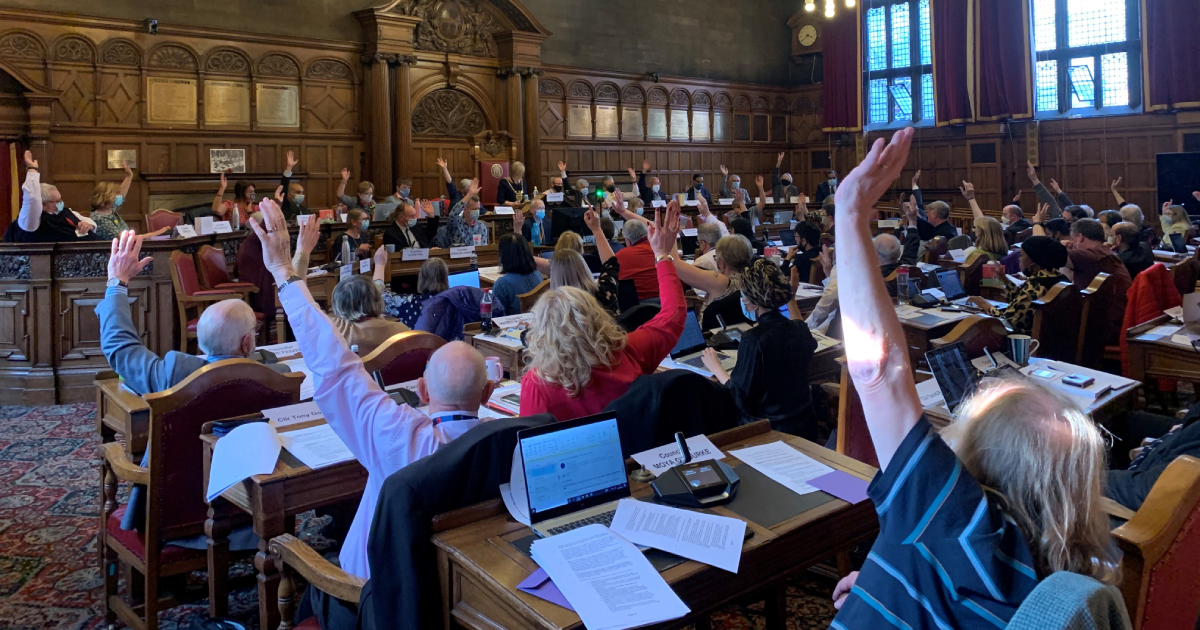 Sheffield is set to make history by becoming the first core city in England to adopt a modern committee system in local government.

On Wednesday, Sheffield Councillors unanimously voted to accept new proposals that will change the city by ending the 20 year spell of the Leader and Cabinet system.

This follows a referendum in May 2021, spearheaded by ItsOurCity, a community- led network which campaigned for the change in democracy, gaining a 65% majority vote.

Woll Newall, a spokesman for ItsOurCity said: “Though we think the design could have been better, council employees have worked very hard to help and guide councillors.”

The new council system will have eight new policy committees covering sectors such as housing, economic development and regeneration and climate.

All councillors will now have their say on decisions, rather than the old system where 74 of Sheffield’s 84 councillors had no say in almost all decision-making.

Deputy Leader Councillor Julie Grocutt, another advocate of the reformed system said: “Our aim from the start has been to introduce a new system that’s open, transparent and allows for effective engagement with our communities.

“It’s important that we listen to the people of Sheffield, that we focus on getting this committee system right.”

Coun Grocutt confirmed there will be a six month review of the cross-party committee in the new year of 2023 to ensure the transition is running smoothly.

Sheffield can take inspiration from cities like Glasgow, Belfast and Brighton who have already implemented the committee system, but councillors have still been urged to take on the vast amounts of training that will be on offer to them.

David Ogle, from Ecclesfield, said: “All the hard work has paid off and gives this city a better chance at better decisions being made.”

Sheffield is set to go under further political reform, as the election for South Yorkshire’s new Mayor will take place in May, seeing Dan Jarvis’ four-year stint come to an end.