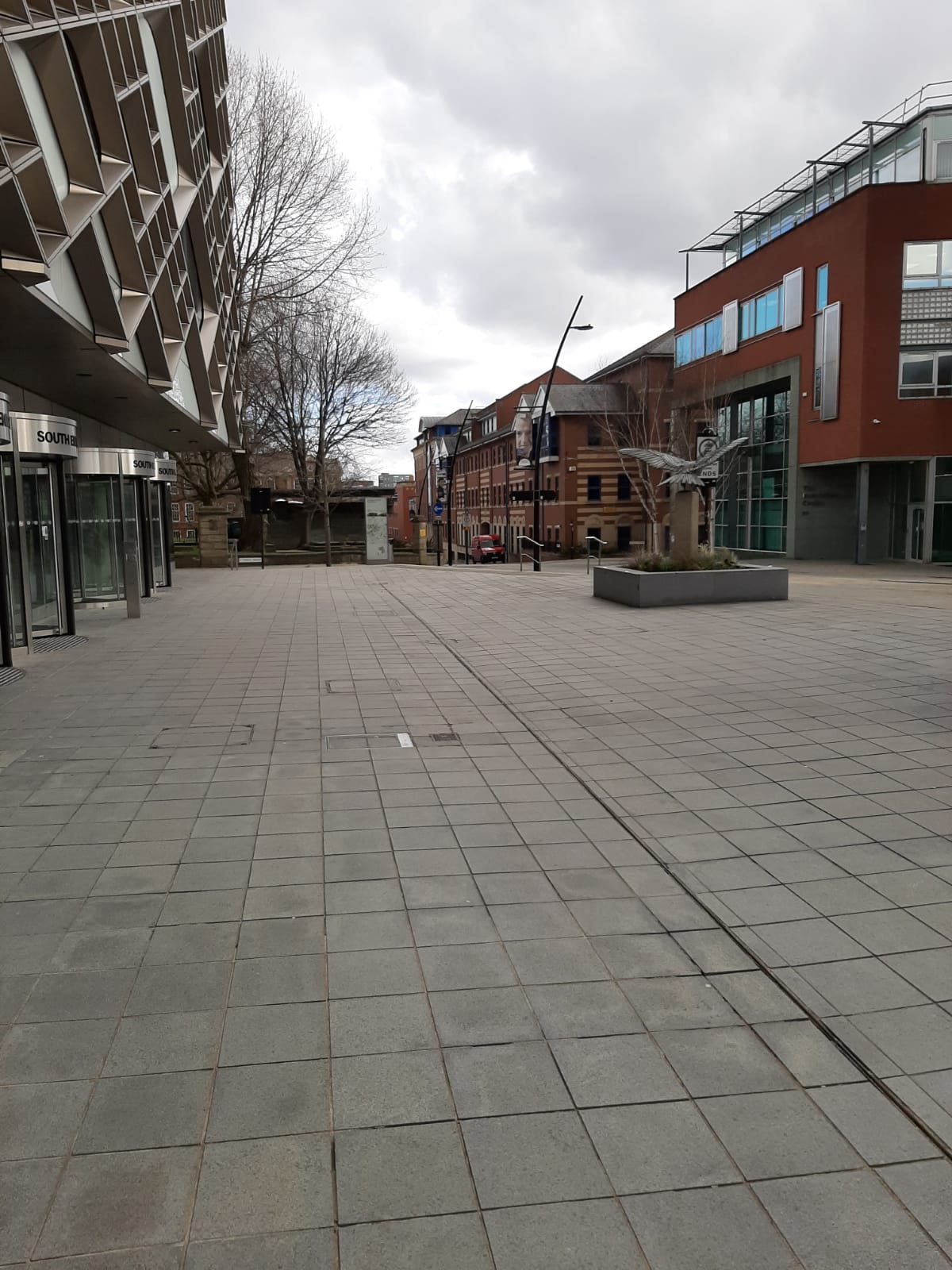 City residents have been recalling their thoughts and feelings about the first Covid-19 lockdown – on the second anniversary of the government’s announcement warning people they should stay at home.

It was two years ago today Prime Minister Boris Johnson announced that the country would go into a national lockdown in order to slow the rising cases of COVID-19.

Harry Brighton, 19, a law student, at the University of Sheffield remembering the announcement, said: “I saw it coming, but it was still a shock.

“The first few months were alright because of the novelty of it, but then I got bored.”

On his hopes for a post-lockdown future, Harry said: “I look forward to unrestricted concerts and festivals.”

At the tram stop on West Street, Robert Ainley, 41, said: “It was necessary but there was the shock element.

“Through due diligence we managed to stay clear of it.

“I live on my own and the social interaction was lacking. If you are a sociable person it took its toll.”

Finally, Jo, who was speaking on West Street, said: “We knew it was coming. We were in Scarborough the week before so we needed to make the most of it.

“My husband got furloughed and we went on walks. But we did miss going on holiday.”

On January 27 all of the legal Covid restrictions were removed, including mask wearing, but COVID-19 cases are beginning to rise again in Sheffield.

Government data has reported a 28.5% increase in confirmed cases in the city from the week ending March 22.

Two years on the memories of lockdown still remain and today the country fell silent for a minute at noon to remember all those who lost their lives.

To mark the anniversary, it is suggested that at 8pm tonight people should light a candle or place flowers in their window to remember those who lost their lives.