Would you smack your child? New laws in Wales provoke mixed reactions in the city 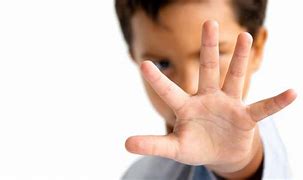 The recent Wales’ ban on smacking children might not be such a bad idea, according to Gen Z.

Wales has now joined Scotland by updating their Children Act and urged England to have it as well. Now, all forms of physical punishment are illegal, removing the defence of “reasonable punishment”.

Mrs Webb disagrees with the new law as she said that hitting children for their own benefit, to protect them, is fine. She said that words can be more damaging to a child than physical punishment.

Ann Webb, 75, from Swinton, said: “What would you do if your child was near the oven and you told them no to touch it three times?”

Michelle Ogden said that the words of her mother against her, calling her “ugly” and saying that she never wanted her, hurt her ten times more than the smacking that she would get.

Michelle, 55, from High Green, said: “A mark can heal but the words stay in the back of your head.”

On the other hand, a couple of girls said that England should have the law as well.

Zoe Eaves, 22, from Crookesmoor, said: “There are other ways to discipline your child and teach them right from wrong.”

Her friend, Mia Warren, 21, from Crookesmoor, said that she was never hit when she was a child and still grew up fine.

She said: “Not having the law would normalise violence which translates to domestic violence.”

Alysha Morwood, 20, from Doncaster, said that she would get angry when she used to be hit by her father and retaliate against him.

Other than sadness and anger, Liticia Nurudeen, 20, from Sharman Court, said that she would fear her mom instead of learning the lesson.

One woman from Facebook said: “Never had to hit my children and they are all respectful & responsible adults/young adults now. You hit because you’ve lost control, all you are doing is venting your own temper.”

A man, who preferred to stay anonymous, said: “I was raised, that if I did good, I got praised, if I did wrong, I got punished. At the end of the day, they must all learn respect and discipline.”