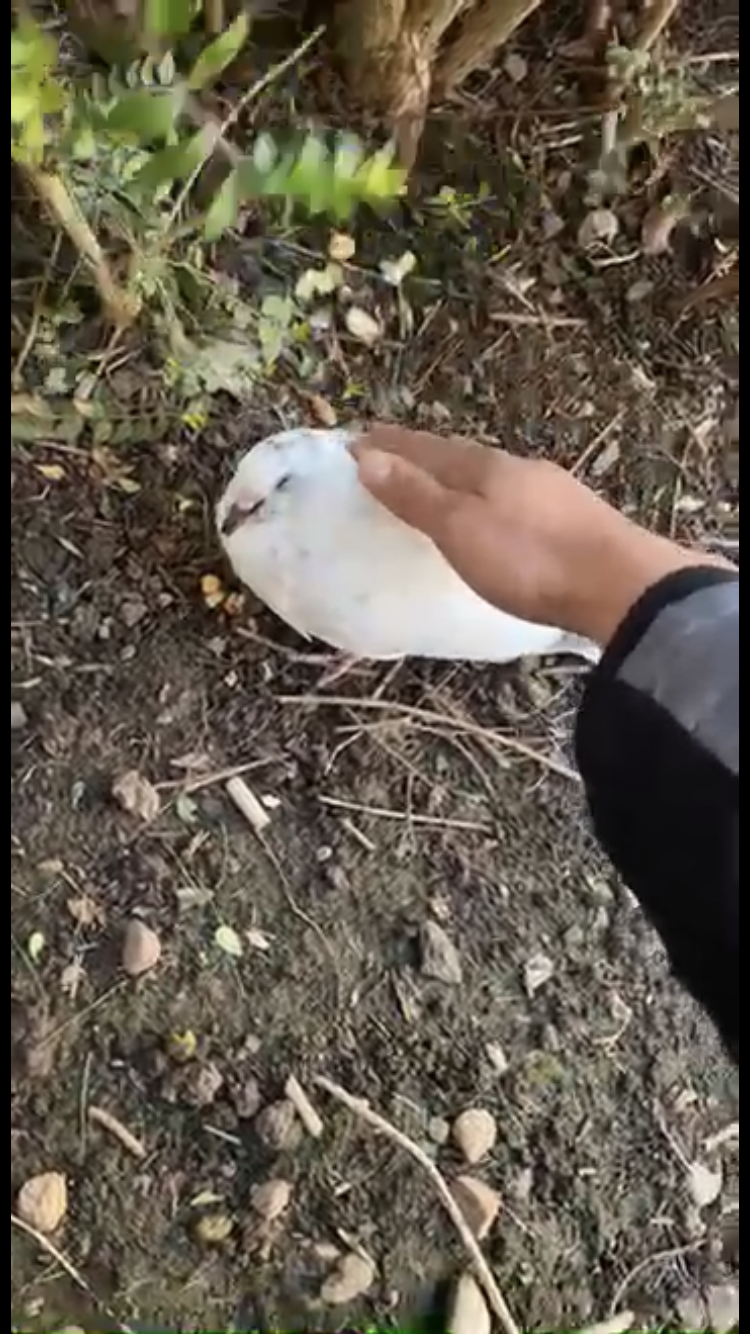 A university student saved a pigeon’s life after it received vital injuries from an aggressive sparrowhawk.

On Saturday, students at the University of Sheffield were walking at Endcliffe when they witnessed a pigeon being mauled mid-air by a sparrowhawk

The Sparrowhawk dropped the pigeon and was chased off by a 19-year-old University of Sheffield student.

Pravidya Mudalige, 19, a medical student at the University of Sheffield, protected the pigeon by confronting the sparrowhawk, causing the bird to fly away.

He said: “I shouted without thinking and the hawk flew away and dropped the pigeon which got trapped between some bars in a panic.

“My friend gave us some oven mitts and we used them to lift the pigeon out of the bars and kept it safe.”

He contacted an emergency vet and was advised that the pigeon would be more susceptible to be eaten by a night-time predator, so the warm hearted student

Mr Mudalige went back to his accommodation and provided a shoe box and stuffed it with toilet paper, then placed the pigeon, who he named Lorenzo, inside to be protected from any predators before calling it an uber to the local vets.

Vets Now Sheffield have confirmed that Lorenzo has been treated and has been sent to a rehabilitation centre.