The Sheffield Steelers have announced an eight year long deal to continue playing ice hockey at the Utilita Arena Sheffield until the end of the 2029-30 season.

The announcement confirmed the Steelers extended stay at the Utilita Arena Sheffield on their 30th anniversary at the stadium.

The previous deal ran out in April 2023.

The agreement with the Sheffield City Trust will see improvements also made to the facilities such as the concourse and suites.

The new contract will also allow the Steelers to produce new merchandise according to a statement on the team’s website.

Speaking on the team’s Twitter account, announcer and estate agent David Simms said: “We’re here until at least 2030 in this fabulous building that we like to call home.

“This is as important today as you can possibly get for the Sheffield Steelers.”

@Steeler_Julie on Twitter, a fan of the Elite Ice Hockey League side, hoped that the agreement would see improvements made to the food available on game days.

She said: “[It’s] great news, now they have seven years to sort these food outlets out, Nottingham Arena are light years ahead on this.”

The announcement made by the club did confirm the team are working working with the Utilita Arena Sheffield to establish new food and drinks initiatives for fans on match days.

Owner and chairman of the Steelers Tony Smith said the team would be able to work on future plans with the deal in place.

He said: “We needed that security in place so we could forward plan our improvements ourselves.

“The fanbase are buying into everything that we’re doing right now and I’m really pleased about that.”

Sheffield City Trust are yet to comment on the new deal. 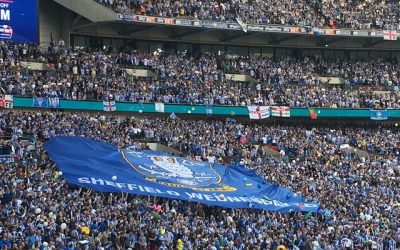