Bus fares to be potentially capped after student criticism 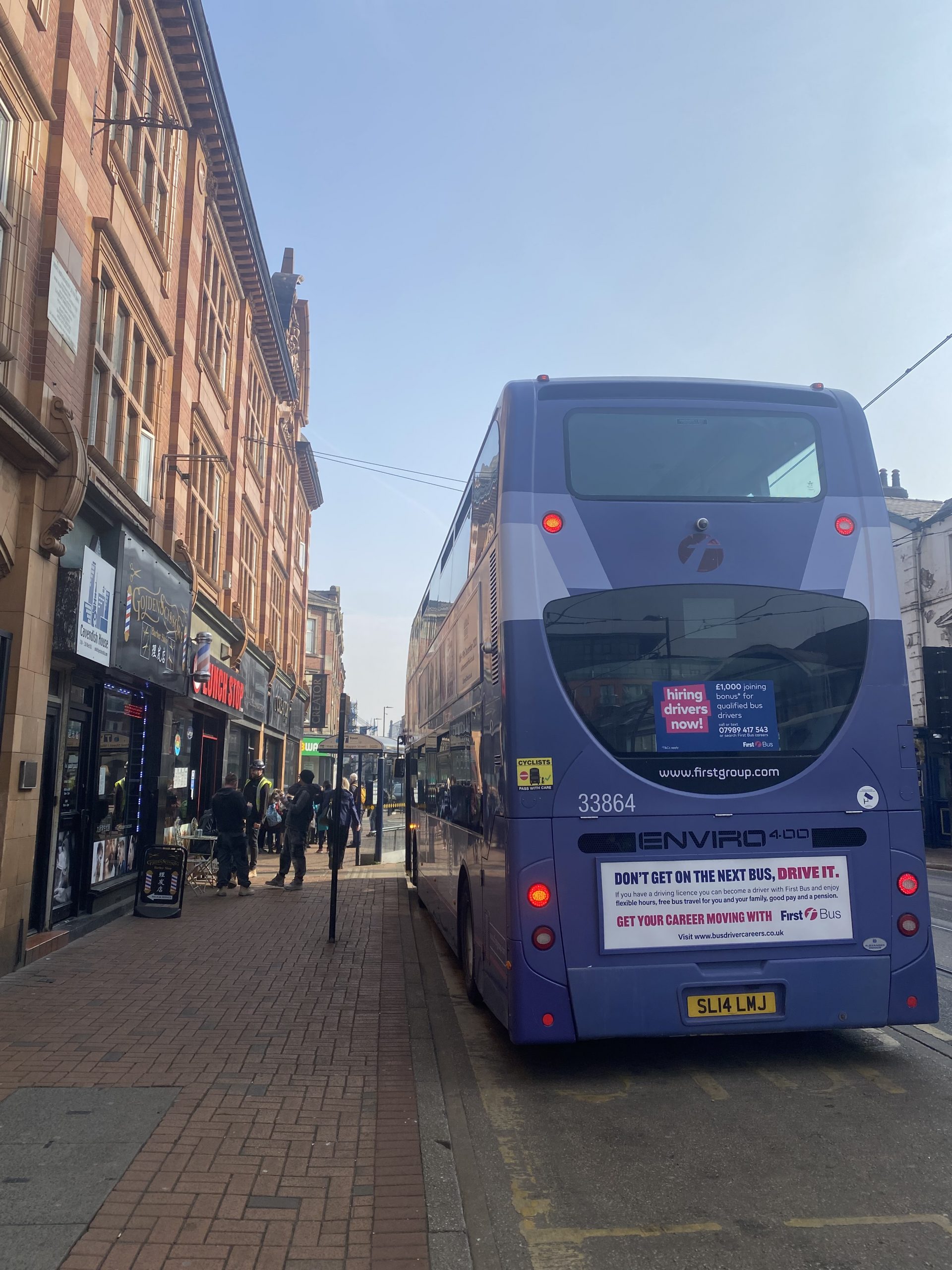 Plans to cap bus fares and overhaul services have been welcomed by young people in the city.

It was announced last night that Dan Jarvis, the Mayor of South Yorkshire  and other South Yorkshire leaders have agreed for plans to improve the bus services which could see the cost of bus fares capped and even free travel for youngsters.

Mr Jarvis said: “We’ve invested millions to improve our public transport system and set out transformational plans that give us more control over how buses are run and promise passengers a better service.”

The new plans have been set up through the new Enhanced Bus Partnership with the intention to improve ticketing, bus routes and the consistency of services.

Several students have commented on the reliability of buses in the region. Oliver Calladine, 19, a student living in Endcliffe said: “The buses are so terrible. They’re not consistent at all”.

A  recent statement from Stagecoach where they announced that from March 1 bus fares would see an increase, with single tickets rising from 10-20p and return rising from 20-30p.

This follows nationwide concerns about the rising cost of living following the Covid pandemic, with Martin Lewis even stating he has run out of ways to help others save money.

Parliament has agreed for a share of £3 billion of national funding to encourage local bus use.

The funding should allow the partnership to provide free travel for under 18 year-olds, capped fees for all passengers, allow for zero- emission buses and for quicker journeys to be a top priority.

In regards to the new plans being put forward Lucy Wilcox, 19, a student in Endcliffe said: “I think it will be really beneficial to young people who are on tighter budgets with a limited income.”

However some disagreed with the new plans. Lilly Manley, 19, a student living in Endcliffe said: “I think it is a bit unnecessary as bus fares are already cheap so i don’t think it will do much.”

At the moment, students can show their student ID card and get a single ticket for as little as £1 or can get a ‘ZOOM’ travel card which reduces the fee to 80p.