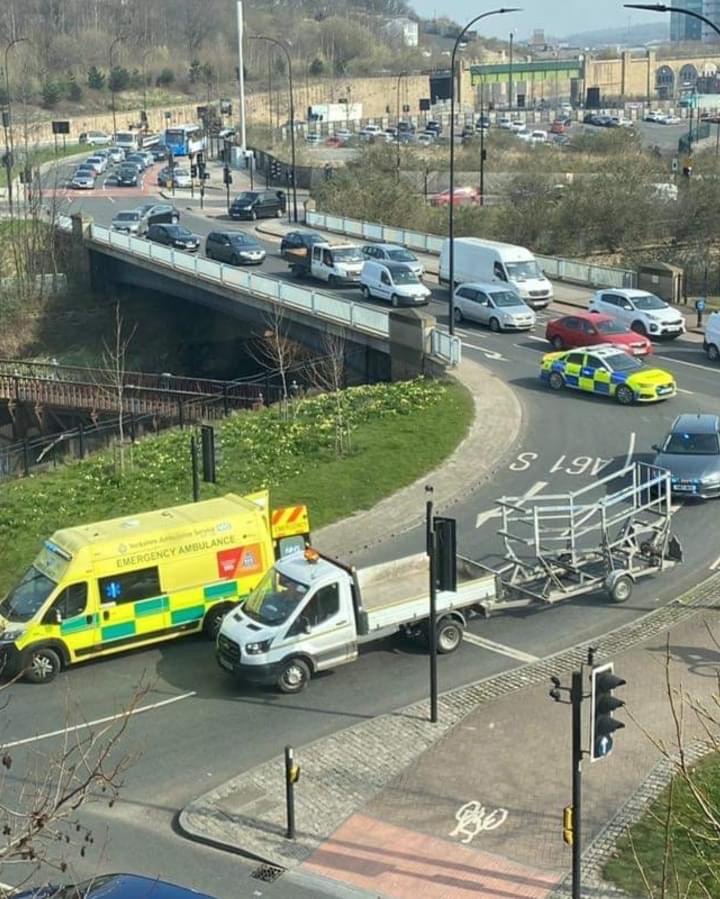 A woman has been hit by a car and rushed to hospital with serious injuries.

South Yorkshire police received a call at 12:09 pm today with reports of a road traffic collision on Mowbray Street near Kelham Island.

It’s believed that a black Volkswagen Golf collided with the pedestrian on the road.

Steven Ryder, who was there at the incident said: “I didn’t want to look, I hated looking too much it was horrendous”.

“All I could think was that it’s someone’s family or relatives”.

The A61 has been closed to one operational lane and caused severe traffic.

Grant Walton, a Facebook user, said: “It’s absolute carnage! It’s all down into Hillsborough, I had to turn around in the middle of the road. It said it was over half an hour for a five minute journey”.

The driver remained at the scene and assisted officers with their enquiries.