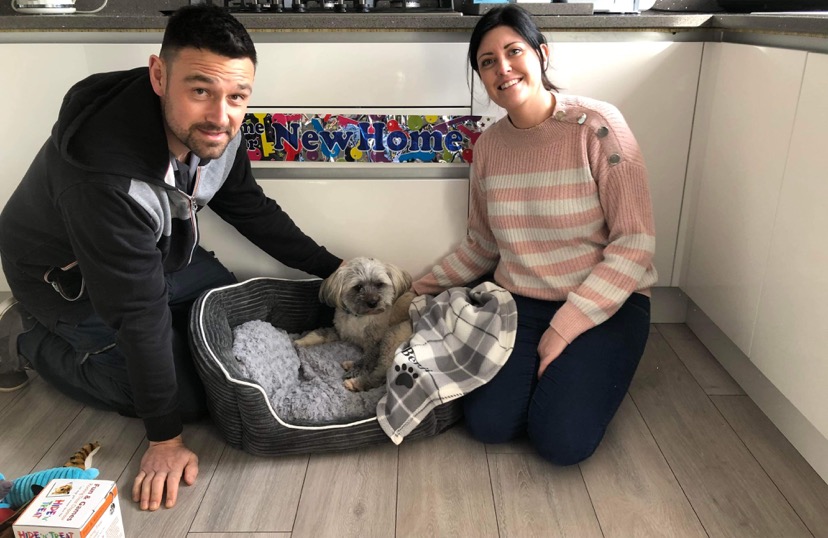 A two-year battle to rescue a dog from China’s meat markets has had a happy ending for a Killamarsh family.

The journey to unite Benji with the Harris family had been fraught with delays due to the pandemic, but after arriving in the UK a few weeks ago, he was finally able to join them in Sheffield on Tuesday.

Benji was rescued from the Chinese meat trade with a fatal disease called Distemper which attacked his immune system and put him at risk of permanent neurological tics.

Mrs Harris, 34, a hairdresser, said: “When he was in China, there were lots of diseases going around, and out of the 50 dogs they rescued only 16 survived.”

Mrs Harris was able to adopt Benji through a volunteer-run non-profit organisation called Great Bulls of China based in Buckinghamshire, which uses contacts in China who have their own shelters and temporarily rehome the dogs before they are adopted in the UK.

Dogs are often trapped in tiny cages and left to perish before being sold as delicacies at food markets.

Great Bulls of China volunteer Gemma Aldridge, 43, a nanny, said: “We see everything from eyeballs that need removing to wounds covering their whole body causing them to shut down.

“It is always shocking no matter how many times you see it.

“If someone is able to love a dog and show them what life is really like then adopting a meat trade dog will be the most rewarding thing they do.”

Benji, who is thought to be a Chinese crested powderpuff, stood out from the rest for the Harris family. 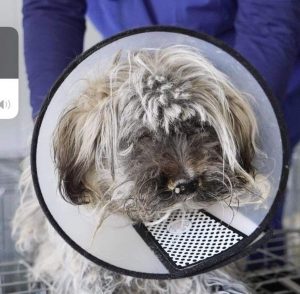 Mrs Harris said: “He wasn’t like a normal dog, he was the most loving dog I’ve ever known because he’d never experienced so much love and care, they’re just so grateful.”

She said her husband Mark was hesitant to rescue at first but when she showed him the conditions the dog was in ‘it did pull on his heartstrings’.

The family set up a fundraiser to cover Benji’s vet and travel expenses which has been widely supported raising £995 with 46 donors.

Benji remains timid but has integrated well with the family. Mrs Harris’ eldest daughter did not want to attend school on Wednesday as she didn’t want to be away from Benji.