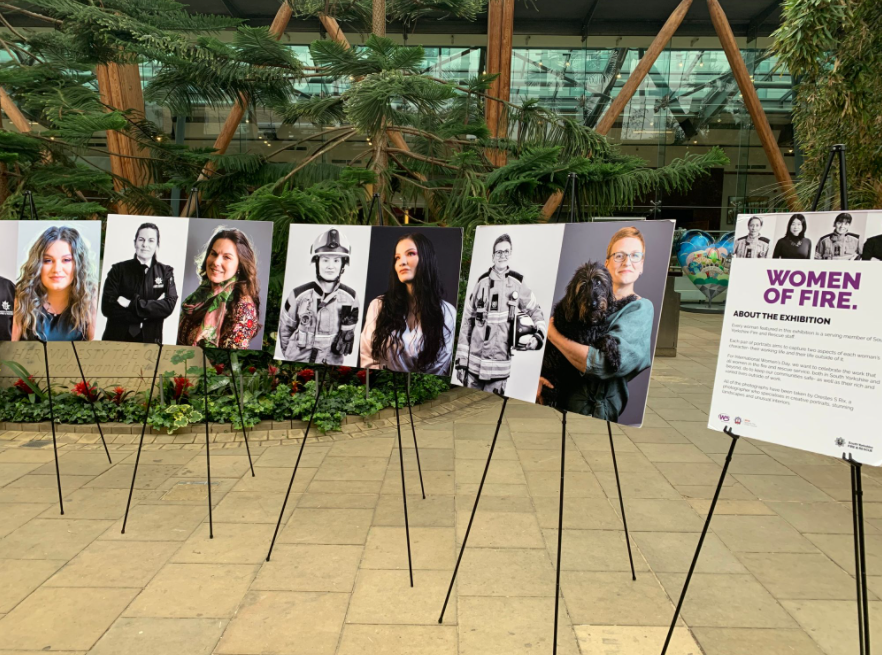 A powerful exhibit showing empowered female firefighters is on display in Sheffield’s Winter Garden to provoke more women to join the ranks.

The South Yorkshire Fire and Rescue team have launched an exhibition for International Women’s Day as part of a recruitment campaign to fix the disparity of gender in the organisation.

The aim of the exhibition is to celebrate the contribution of work women give to the department, as well as inspire women to take on a career in such a male-dominated space.

The campaign has been well received by the public.

Vicky Walters, 27, of Nether Edge said: “It’s fantastic for the empowerment of women and I’m glad to see that the fire and rescue team have done something like this that might inspire girls to take up a career like this.

“The Winter Garden was a really good place to hold the exhibition, as there are many children who get toured through here, it may inspire some young girls”.

A fundamental aspect of the exhibition is to represent two sides of each of the women, their professional life and the life they live outside of work.

Kirsty Wright, an Operational Watch Manager said: “I feel empowered as a female firefighter and I hope to empower others.”

The exhibition comes at a slightly controversial time for SYFR, as they have recently come under scrutiny for having a gender pay gap.

In response, the organisation has said that campaigns such as these are to help address this issue, as it is caused by a vast majority of operational firefighters being men..

The exhibition, photographed by Orestes S Rix, runs till the 18 March. You can read more about the exhibition here.