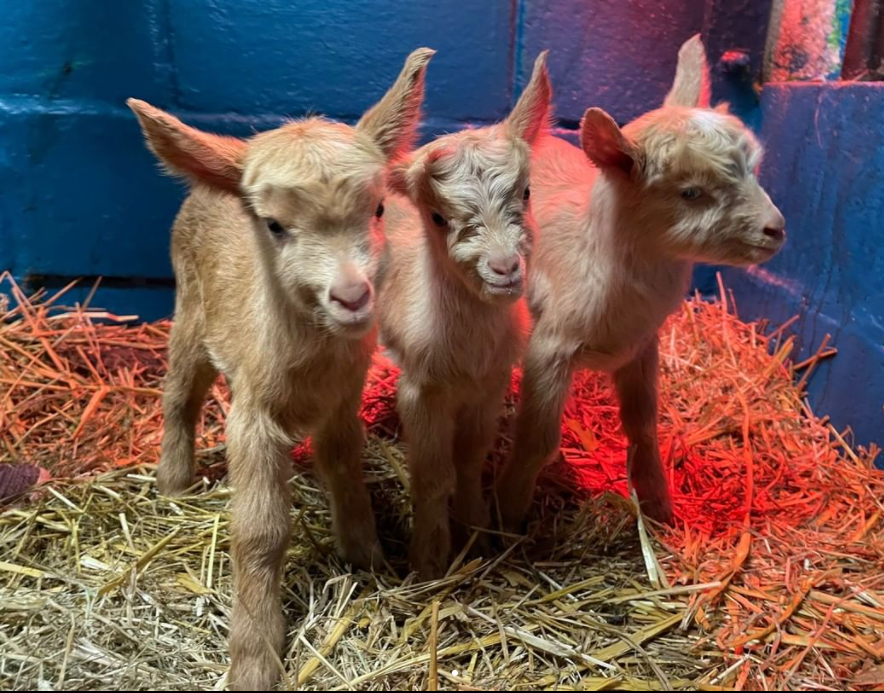 Heeley City Farm welcomes the birth of three little kids in a sign of early spring in Sheffield.

Heeley City Farm announced that their Golden Guernsey goat, called Delf, had given birth to all female triplets in celebration of international women’s day.

Goats between the age of birth and six months are referred to as kids.

Farm worker Aloysius Lalloo, said : “The kids are attracting a lot of attention from visitors and are very cute. The kidding process usually starts in spring coinciding with the more commonly known lambing process. Female goats normally give birth to one or two kids a year due to them only having two teats for feeding,  making this case unusual.”

In total seven Golden Guernsey goats have been born at Heeley City Farm this year, two sets of twins and the triplets.

Racheal Gilbert, 31, feeder of the animals on the farm, said: “We make sure they have lovely lives

“We’ve got a couple more goats due so maybe we will have some more triplets or maybe some more twins.”

The babies were born on Monday and remain in a healthy condition.

Golden Guernsey goats are smaller than the original British breeds and considered by many as “household” goats. Originally imported from the Channel Islands in 1965, they are raised for their milk for yogurt and cheese.

The Golden Guernsey is classified as a Minority Breed on the Rare Breeds Watchlist and normally live between 12-14 years old.

This year the farm are naming all kids after the letter J, however ‘Jinx’ is the only one is officially named.

According to the Met office astronomical spring, which refers to the earth’s position to the sun, starts this year on Sunday 20th March 2022.

BBC weather predicts highs of 16 degrees on Saturday, making it the warmest day of the year so far in Sheffield, another sign spring has come early.

Heeley City farms website describes themselves as: “A friendly farm and environmental visitor centre In Heeley at the heart of Sheffield”, and encourages visitors to come and meet their “friendly animals”.

They are located on Richards Road and allow free entry 7 days a week. 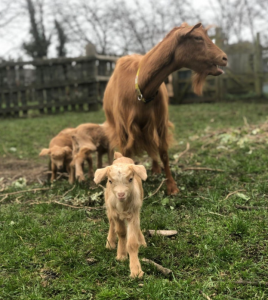 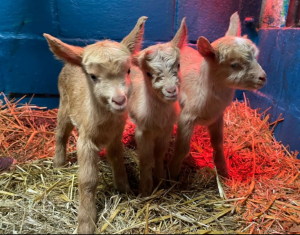