Do you believe in ghosts? Could a former Sheffield Lord Mayor be Haunting the town hall? 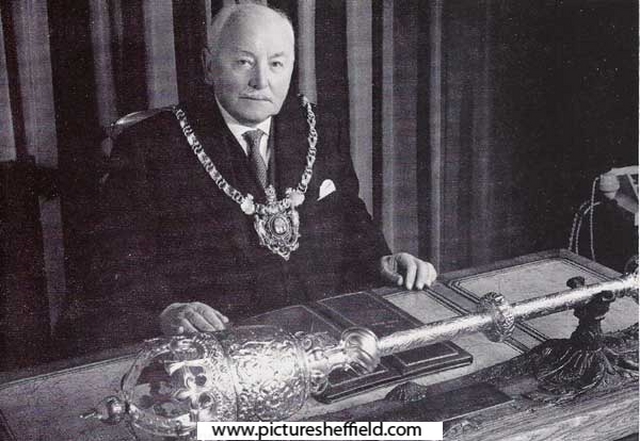 Sheffield Town Hall could be a hotspot for ghosts after multiple accounts of experiences and paranormal activity within the building have been revealed by security.

But it looks like there could be a new contender.

The Town Hall is a renaissance building opened by Queen Victoria on May 21st 1987. It hasn’t been known for its ghostly history but the attendants and security guards tell a different story.

One security officer described hearing “whooshes” go past him when he was on shift alone.

For thrill seekers and spirit hunters alike, that might not get your heart racing but it’s the stories of Town hall attendant Austin Wragg that start to send the chills down your spine. 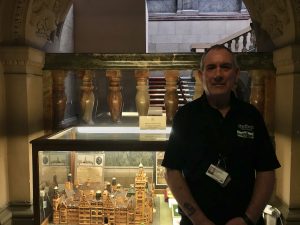 The events took place in the ‘antechamber’, a meeting room dedicated to the old lord mayors, where dark wooden panels cover the bottom half of each wall and over a hundred photo portraits of past lord mayors line the walls watching every move.

Mr Wragg, 66 said: “The one I can remember is in a room upstairs we call the empty room. It’s a big Oval table with only chairs around it and photographs of lord mayors

“They were doing a séance in there and I was only turning the lights on and off, but they were talking away and they said to me “oh look there’s someone in that chair” and these are all leather chairs so I put my hand down and it was red hot, no word of a lie, red hot.

“I put my hand down and “ping” the hairs on my arms stood up, honestly it’s true”

Mr Wragg goes on to say: “What I witnessed was them asking questions and they had got this machine that turned clockwise for yes, and anti clockwise for no.

“Were you a lord mayor? Yes. Did you die here? No. Is your photograph here? Yes. Can you direct us to it?, and the table started moving towards one of the pictures of the Lord Mayors.”

Mr Wragg recalls it being a Lord Mayor by the name of Robert.

Do you believe in ghosts or have you encountered a spirit? Share your stories on @sheflive on twitter