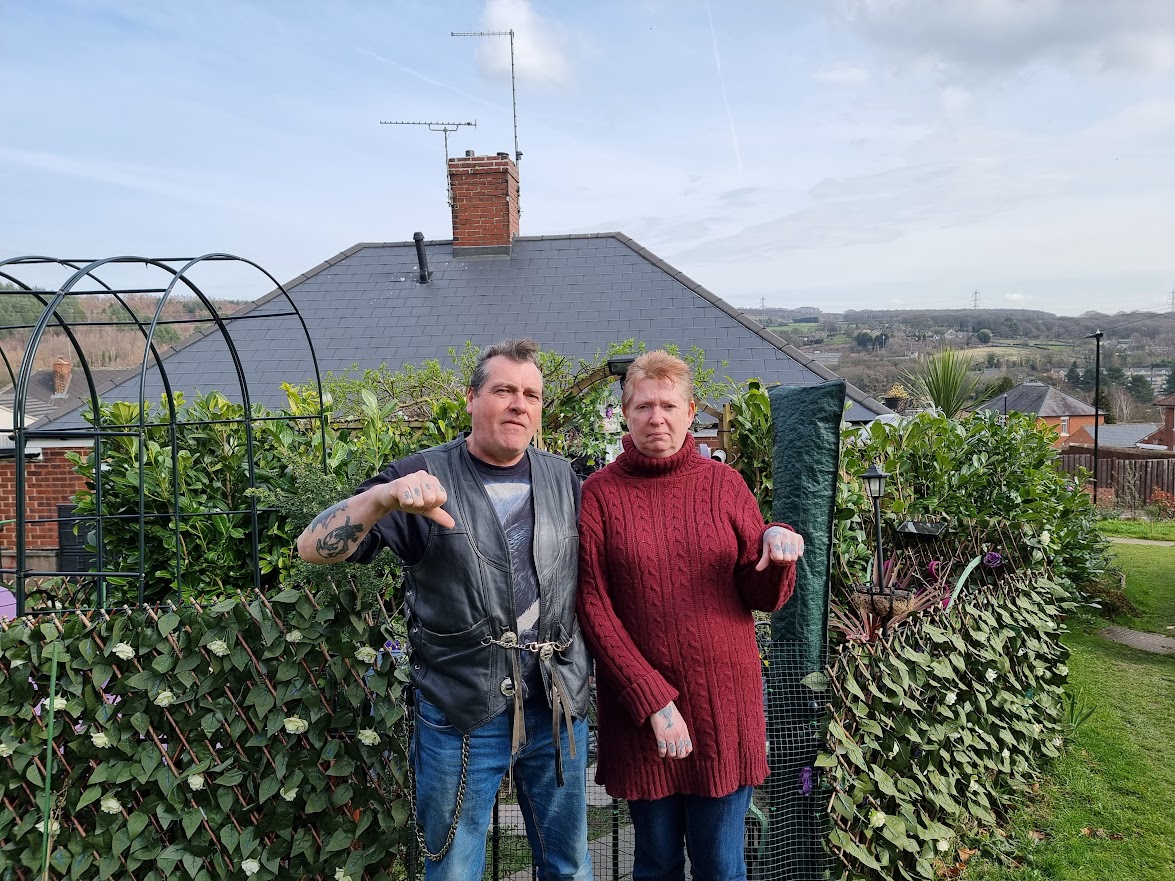 A green fingered couple claim they feel harassed and bullied by the Sheffield Council who has demanded they stop tending to a communal garden after an astonishing complaint about their generosity.

Steve Raven, 60 and his wife Linda, 55 moved into their house six years ago on 98 Crag View Crescent in Oughtibridge Sheffield to enjoy their retirement.

They decided to spread some love to the community through developing and pruning the communal space.

Over the years they have planted bulbs, planted pots and ornamental features for the enjoyment of their eight neighbours who share the space.

But they were shocked when a neighbour filed a complaint to the council, claiming they were treating the garden as their own.

Unlike a community garden, their communal garden is very constrictive and is held by the council.

Now, the couple said they being “hounded” and “persecuted by the town council”, after being told they had to  remove many of the features that they have added over the years, due to this one compliant.

Steve has avascular necrosis and has been told by his doctor to do gentle excises which he does by gardening, but he says, “Sheffield city council want me to sit in here and die”.

Linda said: “For the first few days I cried and I’ve not slept”.

She said that four council officers berated her with questions, making them feel intimidated and kept them waiting on their decision about the future of the Communal Garden. This has had a detrimental affect on her mental health.

And neighbour, Ellie Judge, 55 ,has created a petition to keep the garden as it is. She started it two weeks ago and said: “This is not fair, this is our garden.”

Many in the community would talk around the garden over Covid, as a safe space to socialize. There is an array of wild flowers that were introduced during the pandemic.

She added: “If that garden goes the community will split up – if the garden goes its like getting rid of the crags.”

It has had 84 signatures but wants many more to keep the community alive and has backing from many in the area, on social media and by council members.