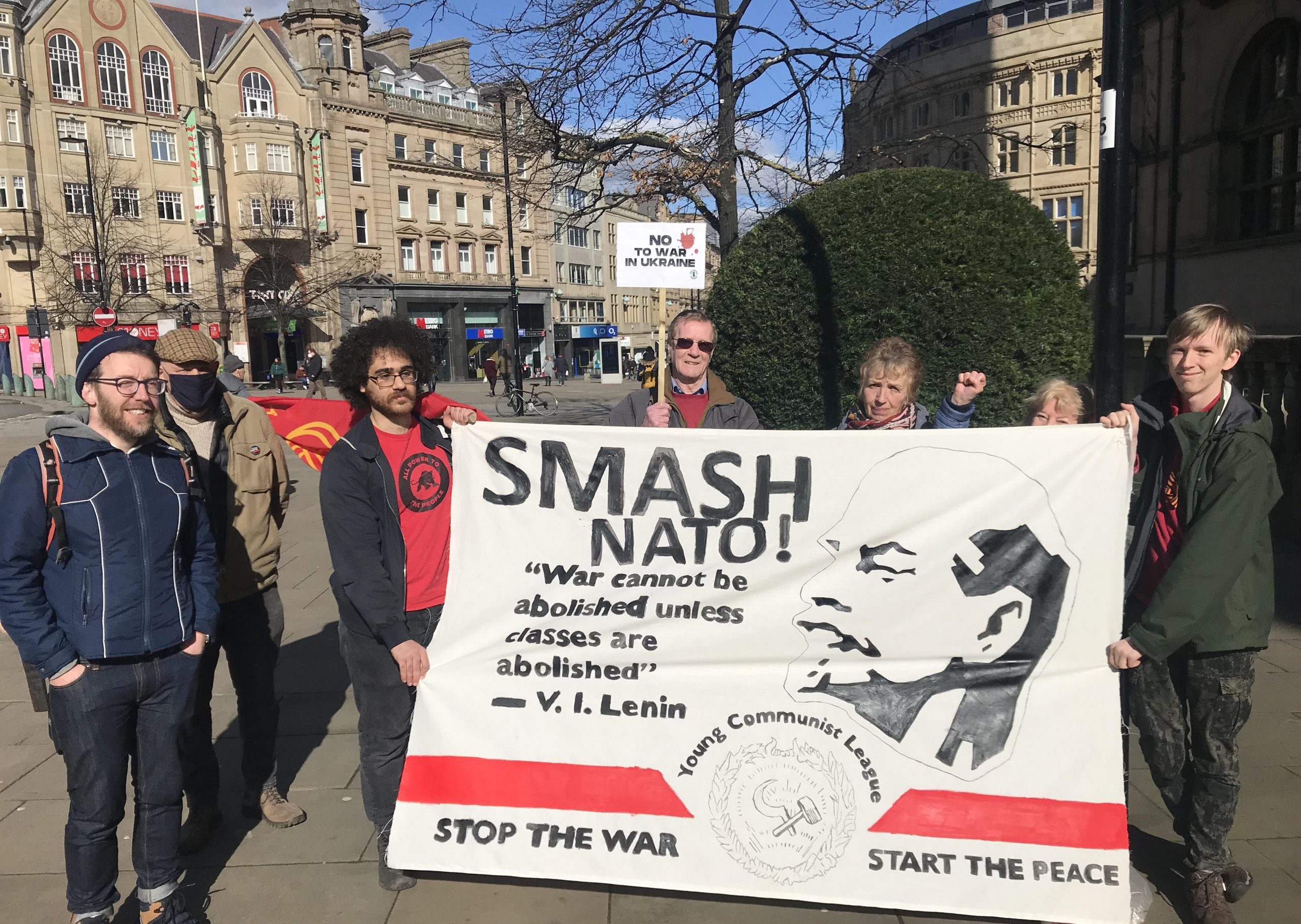 Dozens of activists were outside Sheffield Town Hall for a “Global Day of Action” to protest against a range of issues including the war in Ukraine.

The protest, held on Sunday, by the organisation Peace In Ukraine, was just one of 140 rallies and vigils held around the world calling for peace and the withdrawal of Russian troops from Ukraine.

Berkan Celebi, a student at the University of Sheffield, was one of the protestors representing the Communist Party at Sunday’s rally.

He said: “We believe there’s an element of NATO aggressiveness and the UK have also been spiking tensions. I don’t believe that we should be militarily involved in the war in Ukraine.”

He said the organisation recognised the growth of NATO but believed the West had been aggressive with its approach and had sparked global tensions.

The movement, started by the Campaign for Nuclear Disarmament, CODEPINK, Stop the War and No to NATO, is now in alliance with local, national and international organisations across four different continents.

More than 120 cities took part in the international day of anti-war action from Sendai in Japan to Montreal in Canada.

Wendy Emmett, from Sheffield and a member of the Communist Party was at the rally and said she believes that the only way out of this conflict is to conduct peace negotiations without NATO.

The Peace in Ukraine coalition urges people to plan future events via their website and sign their open letter of solidarity with Russian anti-war protesters.

Jon Rowland, 77, from Sheffield, has been a member of the Communist Party for many years and said their aim is to stop wars, wherever they are.

He said: “It’s not the rich and powerful getting killed, it’s the working people all over the world.”

To sign their petition or find out more about the coalition visit peaceinukraine.org.