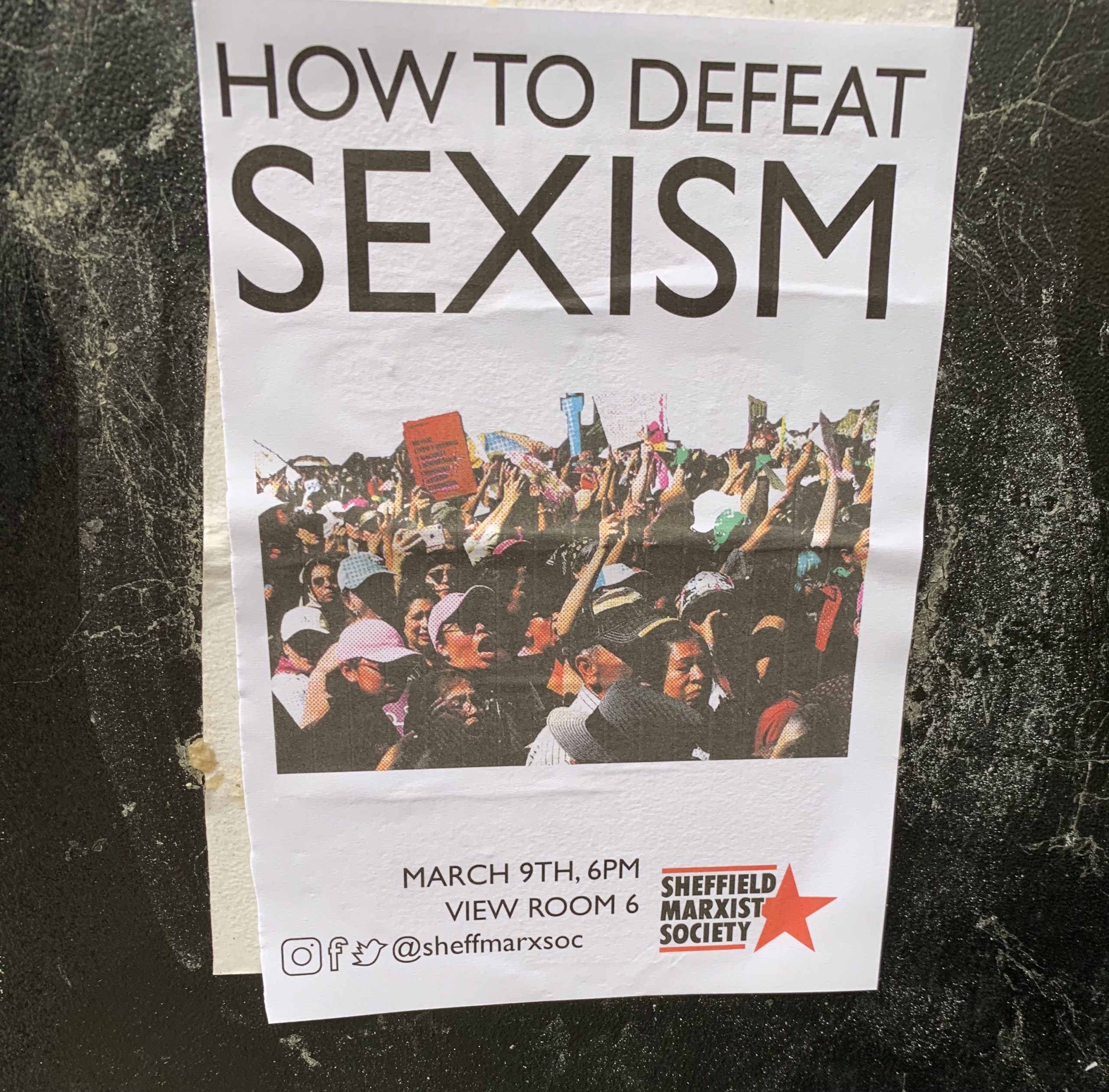 A Sheffield Marxism group has vowed to tackle sexism at a meeting held at the University of Sheffield.

The Sheffield Marxist Society gathered on wednesday, in the wake of international women’s day, to discuss how to end sexism in modern society.

Esta Norton, chair of the Sheffield marxist society. said: “Marxism is the ultimate form of social justice, it’s a science, it’s fighting for equality and

liberation all, for the many, from the few bourgeois ruling classes.”

Many in the group claimed that capitalist corporations had hijacked International Women’s Day, as a way to further profit off of the working class, even changing the original title of the

When asked what causes these issues and what marxism would look to challenge, Esta. said: “It comes from the fact that women are objectified because it’s profitable to

objectify women, and companies can profit from objectification.”

The group discussed several pressing issues, such as the ongoing fight to stop violence against women and the rape culture, they believed to be a systemic issue in the UK.

In addition to this, they highlighted the gender pay gap, stating that within higher education there was a 15% disparity between male and female wages, and the result of this would

cause unforeseen issues in later life with a gender pension gap.

They also highlighted tools to educate oneself, like ‘The Pay Gap App’, which was a twitter account which claims to highlight wage disparity in major corporations, including Sheffield

Wednesday FC, The UK House of Commons and the Daily Express.

Esta Norton finished by saying “marxism is the only sensible option and the only realistic option, how else can we liberate ourselves from the shackles of capitalism, being a marxist

is a logical conclusion”.

Issues like sexism in schools are rife within many schools throughout the country, with more than half female students having seen the use of sexist language within the classroom.

Ms. Norton finished the interview by saying “socialism in our lifetime is very possible”, affirming the ambitious intentions of the group.