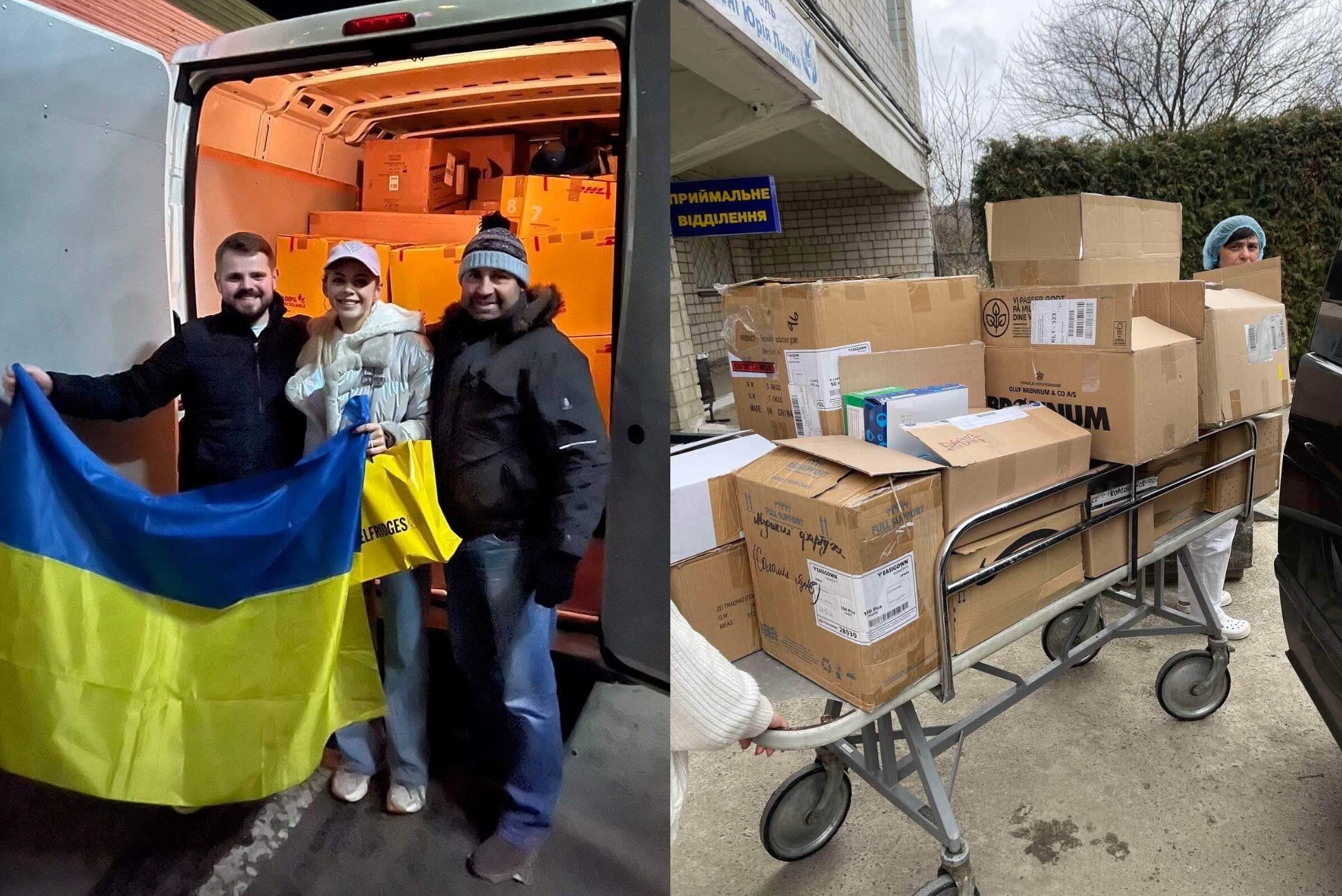 A Ukrainian man who lives in Sheffield has travelled more than 20 hours to the Ukrainian border with Poland to deliver hundreds of donations collected in Sheffield.

Nazar Senechyn, 28, and his wife, Iryna Senechyn, 27, posted to the “Stand with Ukraine Sheffield” Facebook community asking for donations to be delivered to Ukraine. They were overwhelmed by the response.

Mr Senechyn, who was born in Lviv, which is in the western part of Ukraine, said: “When it started there was initial shock, initial panic and then the dust settled and we saw people wanting to help but there was no structure, there was nobody stepping up to actually do something.”

He said people responded really well and they received hundreds of donations.

There were so many donations that they had to redirect people with things like clothes and shoes to other charities so they could prioritise medicine. They collected enough donations to fill a Mercedes Sprinter van to the brim.

Mr Senechyn and his father, Vasyl Senechyn, 50, arrived at the Shehyni border crossing at 1am. He said it took over two hours to transfer all of the donations to the van that was waiting for them. The donations were successfully distributed to different parts of Ukraine, including: Kyiv, Kharkiv, Odessa, Donetsk and Lviv.

He said that the border was chaotic and that the ‘pictures and videos we see online don’t do it justice’.

The conflict started on 24 February 2022 and since then it’s estimated that more than 2.5 million refugees have fled the country.

“Women and children were constantly coming to the border, being loaded on buses with the bare necessities. Everyone was in tears, everyone was devastated. There was this overwhelming mass of people, I have never seen anything like that before,” he said.

Mr Senechyn said he and his family plan on continuing to provide support and donations to Ukraine.

“We are going to have a more targeted donation approach, specifically asking for donations that are a necessity, especially in hospitals, things like first aid kits and medicine,” he said.

A number of people are raising money on the Stand with Ukraine Sheffield page.