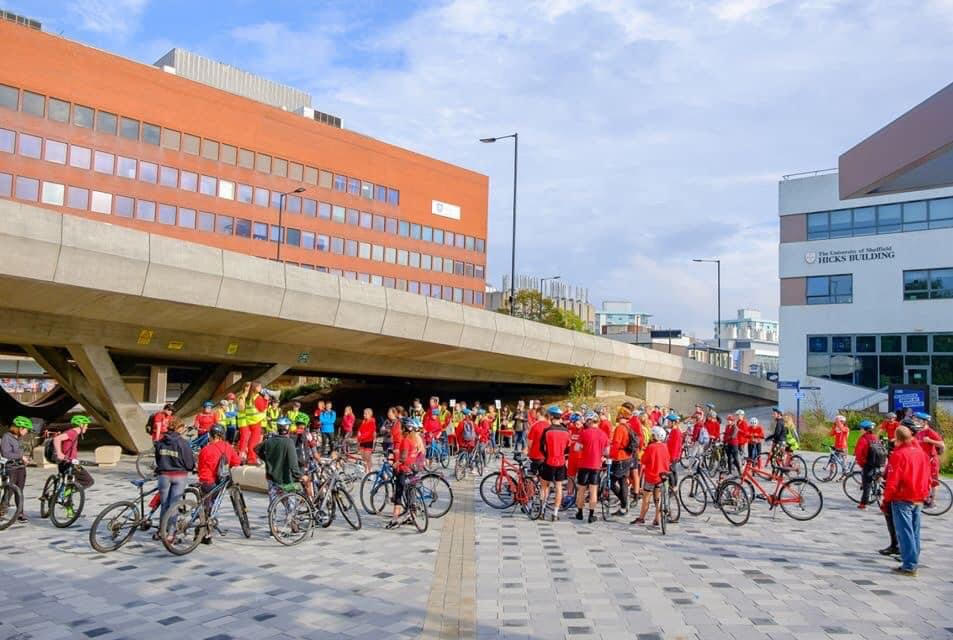 The Sheffield based organisation Menstruation Matters’ is set to begin their second “Go with the Flow” campaign to raise money for people experiencing Period Poverty in South Yorkshire.

Their latest campaign challenges people to get outdoors and exercise while raising money for charity.

The campaign will run over four weeks starting on 14 March, with a walking, running or cycling route in Sheffield or the Peak District released at the beginning of each week.

Emily Milne, 22, of Club Garden Road, Sheffield, the Campaigns Trustee for Menstruation Matters will be taking part in this year’s event and aims to raise awareness of the realities of period poverty.

She said: “Period poverty is when someone who menstruates can’t afford period products whether that’s due to financial constraints or a lack of access to period products or items.

“It’s just a basic human right to have access to period products. No one should have to pay for them and no one should be using things that could potentially put them at a health risk.”

Menstruation Matters was created in 2018 as a social accountability project and ran their first “Go with the Flow” campaign remotely in May 2020.

The goal was to complete 480 kilometres of walking, cycling and running to represent the average number of periods a woman experiences in her lifetime, exceeding that target to hit 1532.8 kilometres.

Menstruation Matters recently conducted a study and found that 73% of BAMER (Black, Asian, Minority, Ethnic and Refugee) people who live in South Yorkshire struggle to afford sanitary products on a monthly basis.

Their study also found that 67% of people changed protection less often and 62% used unconventional items such as socks or rags to replace sanitary products.

This year the group are asking for a £4 donation towards the purchase of sanitary products to be distributed to women and refuge centres, food banks and schools in South Yorkshire.

Cosmetics company Lush UK has sponsored the event, donating bath bombs to the campaign which participants will receive when they enter.