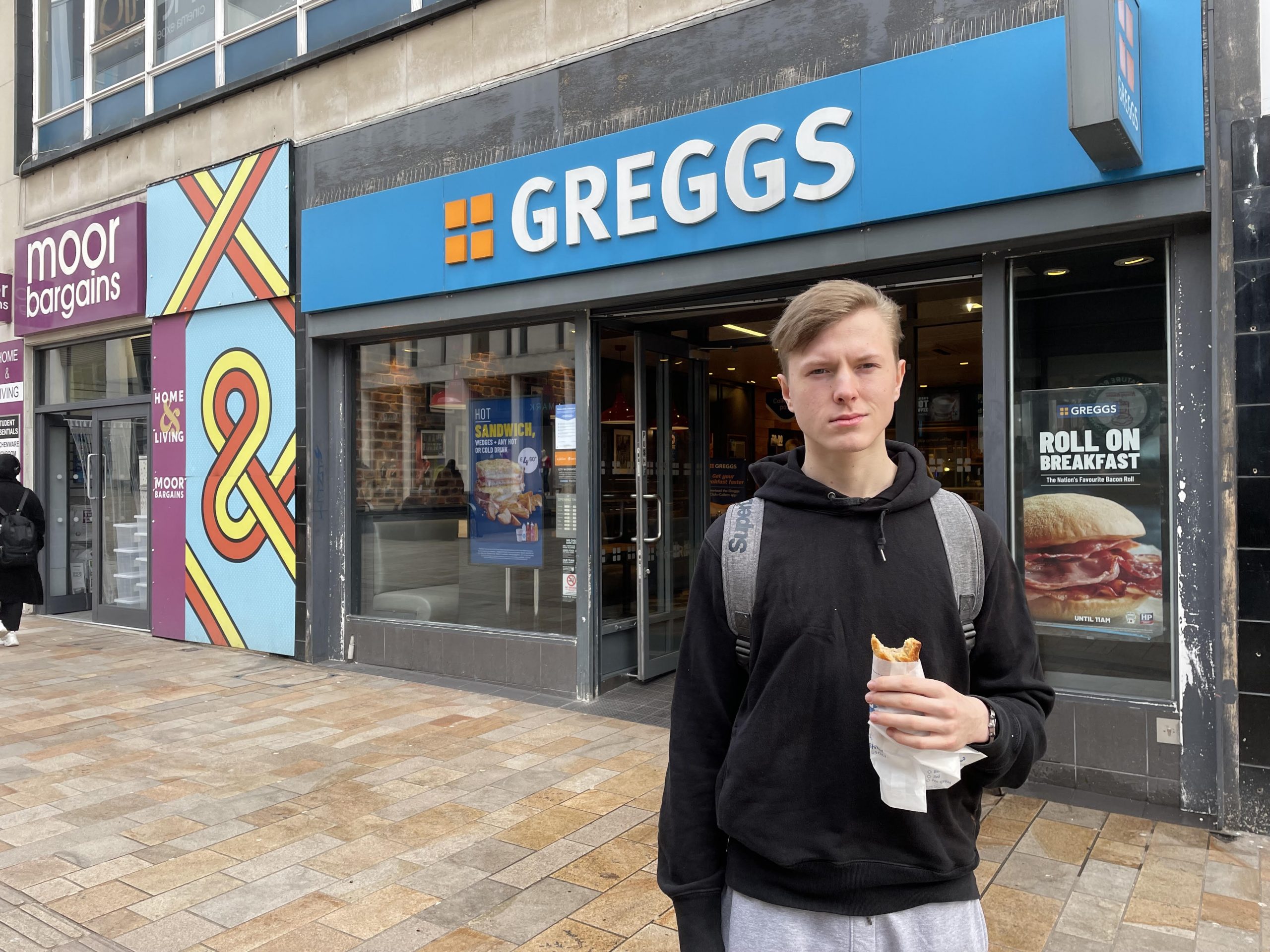 Lunchtime favourite Greggs has warned its prices are likely to rise for the second time this year despite record profits, and Sheffielders aren’t happy about it.

Sheffield is home to 16 Greggs stores, so locals were not pleased to hear their beloved steak bakes, pizza slices and sausage rolls may be increasing in price again, having already risen in January.

Ben Jeffery, 19, from Broomhill, said: “I don’t know how Greggs can justify it when they’re making so much money anyway.

Even though the company saw their best ever pre-tax profits of £145.6 million in 2021, bakery chain Greggs added between 5p and 10p to most of their prices in early 2022.

The company’s end of year financial report, published on Tuesday, stated that ‘further changes are expected to be necessary’.

Roger Whiteside, Greggs’ chief executive, said: “Cost pressures will be a particular feature of the year ahead, and these pressures are currently more significant than our initial expectations.

“As ever, we will work to mitigate the impact of this on our customers.”

Customers appear to be staying loyal to Greggs at the moment, with the people of Sheffield uneasy about switching their allegiance to another bakery.

Several reasons have been given for the expected rises.

Soaring energy prices after Russia invaded Ukraine last month are affecting the company’s transport of goods and cost to run their kitchens, while Greggs are also faced with higher staffing costs with the minimum wage and national insurance payments increasing from April.

Despite this, Greggs is still optimistic it will retain their status as one of the UK’s biggest bakery chains, along with it’s loyal customer base.

A Greggs spokesperson exclusively told ShefLive: “Greggs’ food is still extremely good value, and in fact probably the best value in the market for food on the go.

“We are focused on providing value and quality and that certainly will not change whatever happens.”