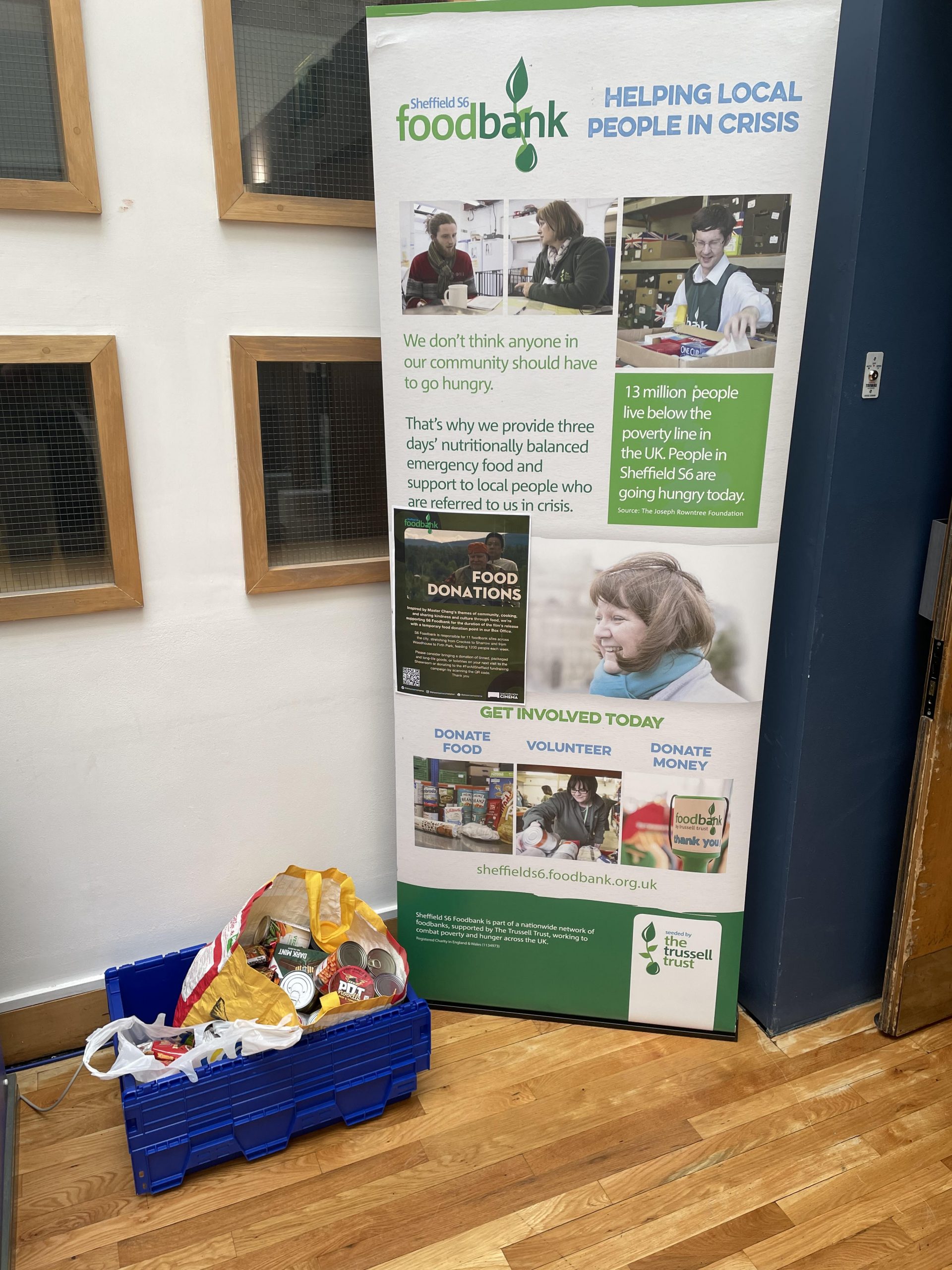 Showroom cinema has shown its support for Sheffield S6 Foodbank with a temporary food donation point in the foyer for the release of new film, ‘Master Cheng’.

The film follows the life of chef Cheng (Pak Hon Chu) and includes themes of food, community and kindness.

Lola McKinnon, 25, programme an audience development co-ordinator at Showroom Sheffield, said: “I think its really important to connect with other organisations.

“As a charity ourselves we are here to help our community.”

Miss McKinnon said: “It is a nice fit with the themes in the film. It shows how food can bring people together.”

This is the first time Showroom Workstation has worked with the S6 organisation.

The S6 Foodbank is a charity organisation that has 11 sites across the city that feeds around 1,200 people each week.

Miss McKinnon said: “It would be nice to have more of long term relationship with S6. I personally feel really passionate about it and helping charities like S6.”

S6 is seeded by The Trussell Trust who run the largest network of foodbanks in the UK, giving emergency food and support to people in crisis.

Alison Wise, 43, worker for S6 Foodbank said: “We want to provide holistic support such as people on benefits, so more of a community hub rather than just a foodbank.”

The two organisations agreed to collaborate two weeks ago and the donation point starts today, 11 March.

Mrs Wise said: “For us its about trying to attract support more widely in the city.

“Most people who use foodbanks want to go to cinema, so this makes cinema goers aware there are people in need, help fellow Sheffielders.”

The S6 Foodbank could become even more important to vulnerable people as living costs are expected to rise causing their provision numbers to rise.

Foodbanks could become even more pivotal to these peoples lives.

Miss McKinnon added: “For a little campaign it would be a nice thing to do.”