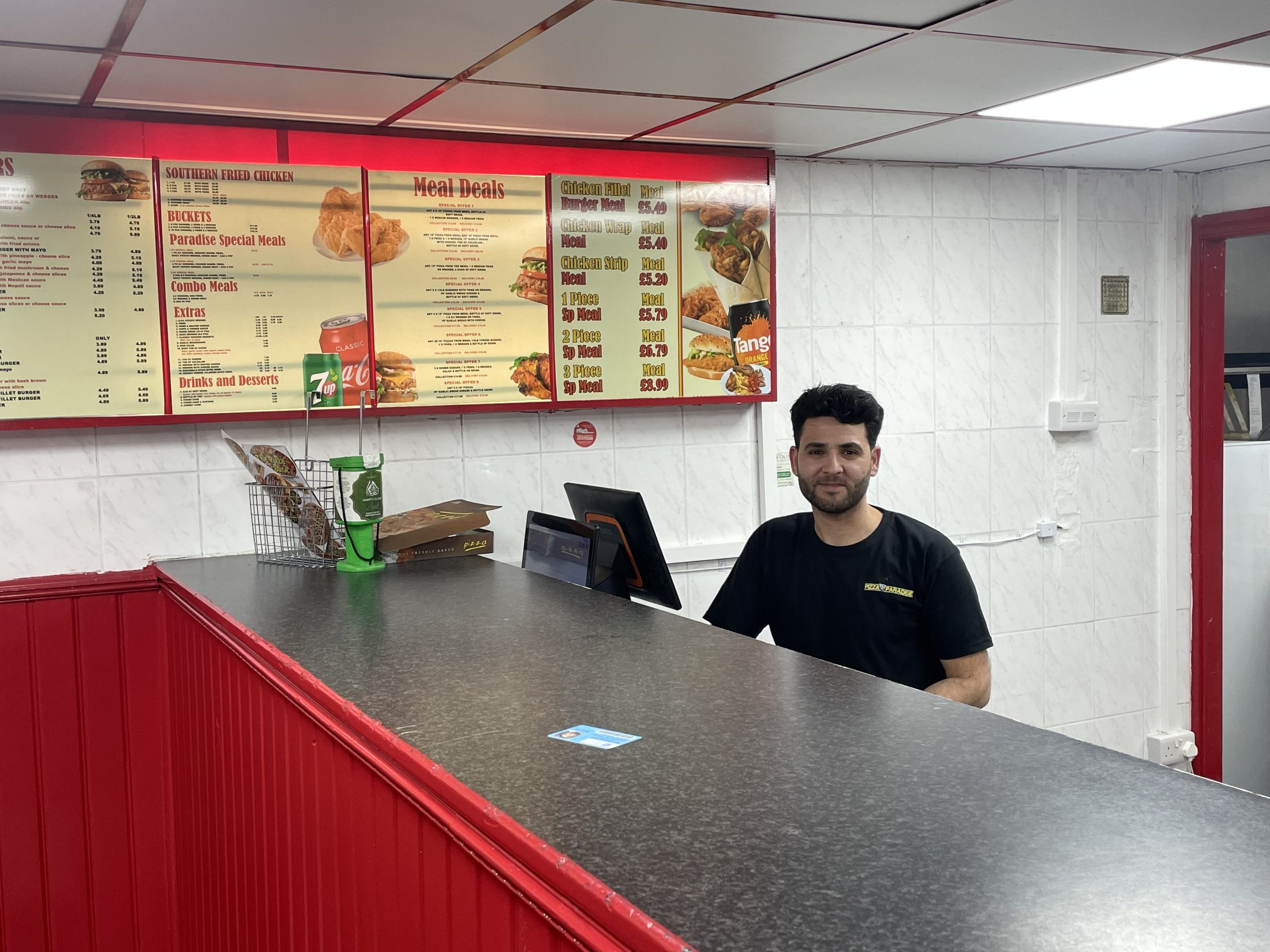 A popular pizza shop which was nearly destroyed by fire has reopened this weekend after being closed for nearly five months.

Sandall Ah, manager of Pizza Paradise, said: ” I was gutted when the fire happened.”

South Yorkshire fire and rescue  were called to the scene of the blaze on Mansfield road on 18 September after reports a large fire had been spotted.

Mr Ah said: ‘’The fire was caused by a grease trap that was too close to the grill.’’

He said the electric light that was attached to the grill was another factor in the fire.

Luckily no one was injured during the fire.

‘’Before the fire escalated we tried to trap it with anything we had nearby it got to a point where we realised we had to call the fire department and leave the building,” said Mr Ah .

‘’I remember seeing the road being closed off for a few hours, the worst thing that I had to deal with was having to tell my wife and kids what happened.

‘’Knowing that I was going to be off work for months, especially during this pandemic year was not ideal,’’ he said.

‘’Days after the incident happened I started to realise the true damage of what the fire caused.’

All working equipment including the worktops were completely written off by the insurance company.

Only three employees departed the company after the incident happened.

‘’I expected a few of our employees to leave it is natural to have no income for five months is difficult for anyone,’’ Said Mr Ah.

Alfie Rycroft, 18, a student journalist and regular at the shop, said: ‘’This is where I regularly go for my takeaways so I am happy it has re-opened again.’’

The store has now been refurbished with all new equipment and the company has started taking orders with Just East online.