‘Enough is enough’: Protesters gather in Sheffield against spiralling cost of living 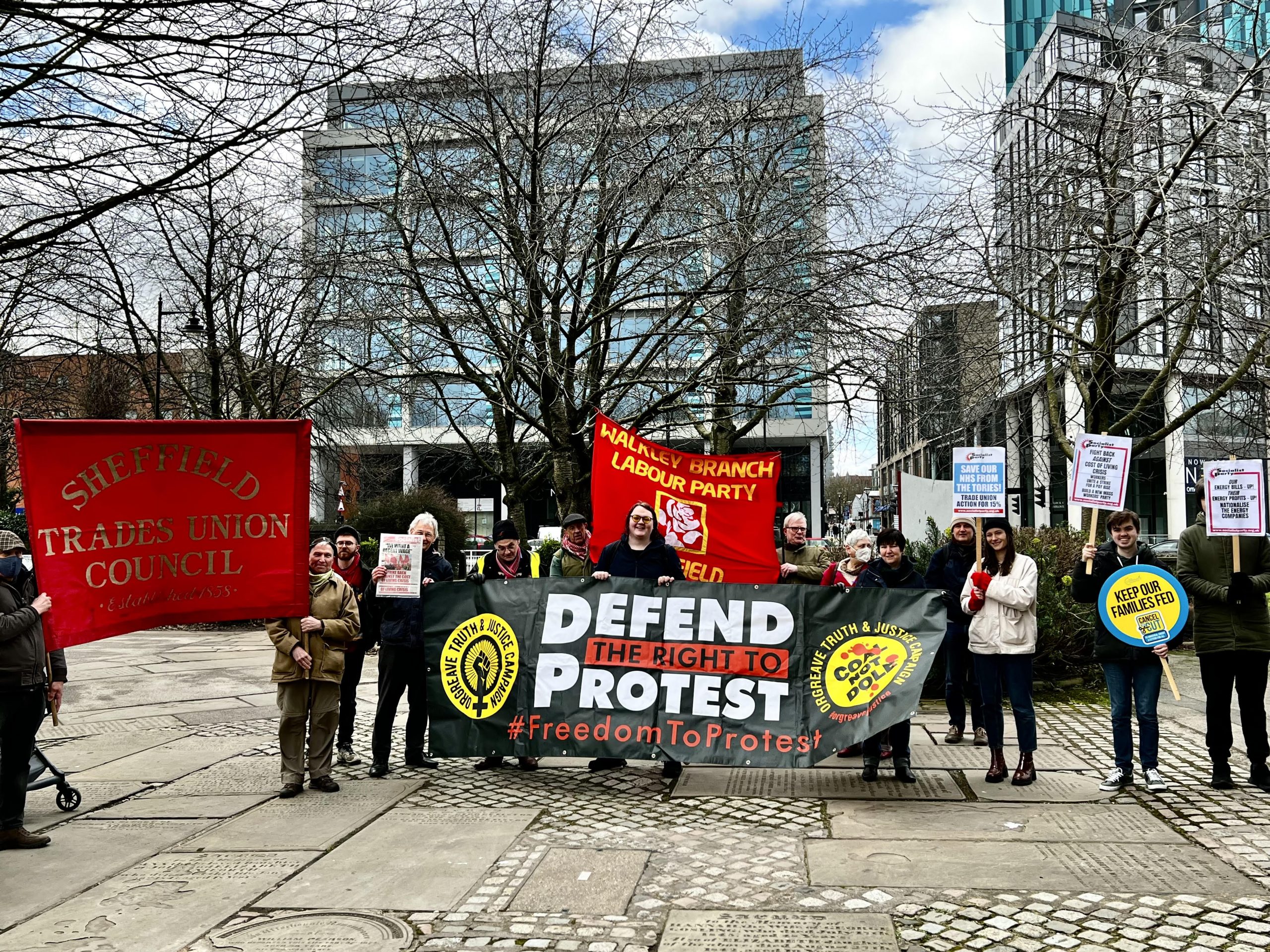 Protesters have marched toward Sheffield City Hall for a second time to demand immediate action from the government against the cost of living crisis.

The People’s Assembly Against Austerity organised protests up and down the country on Saturday to call upon the government to take fast action against the dramatic increase to the cost of living.

Protesters rallied for rises to benefits and pensions in order for those on low incomes to ‘survive’ while inflation soars. This is the second protest they have held, with the first a month ago.

Secretary of Sheffield Trades Union Council, Martin Mayer, 68, said: “You can’t survive on £70 per week universal credit, it’s not going to be enough to stop you having to go to food banks to survive.”

Working-age benefits and State Pensions are due to increase by 3.1% by April, but Mr Mayer said that didn’t even cover the increase in inflation now, with more expected to come.

“No one should have to choose between heating and eating,” said Sahira Irshad, Founder and Chair of Mums United, who was at the protest. 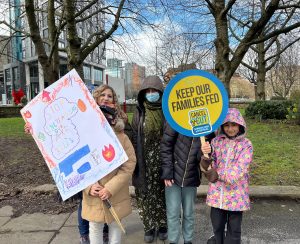 However, this may become a stark choice for some which may have a ‘fatal’ impact on families, said food campaigner and writer, Jack Monroe.

The Resolution Foundation said: “Families across Britain should now brace themselves for an even deeper living standards squeeze as the war in Ukraine persists”.

The organisation predicted the number of households suffering from fuel poverty will triple to 6.3 million in April, when the new energy price cap comes into effect.

Isabelle France, 29, member of Sheffield Socialist Party, said: “My wages haven’t increased but my bills are.

“I’m concerned this is going to keep getting worse and worse unless people can take a collective stance against the systems that are ruining our lives.”

“It doesn’t have to be this way,” said Mr Mayer.

He added: “Be prepared to take strike action and fight for a just pay increas.”

The next protest is planned to take place Saturday 2nd April. Organisers have vowed to protest on the first Saturday of every month.