Blind football given boost as Sheffield FA launches ‘Project B1’ 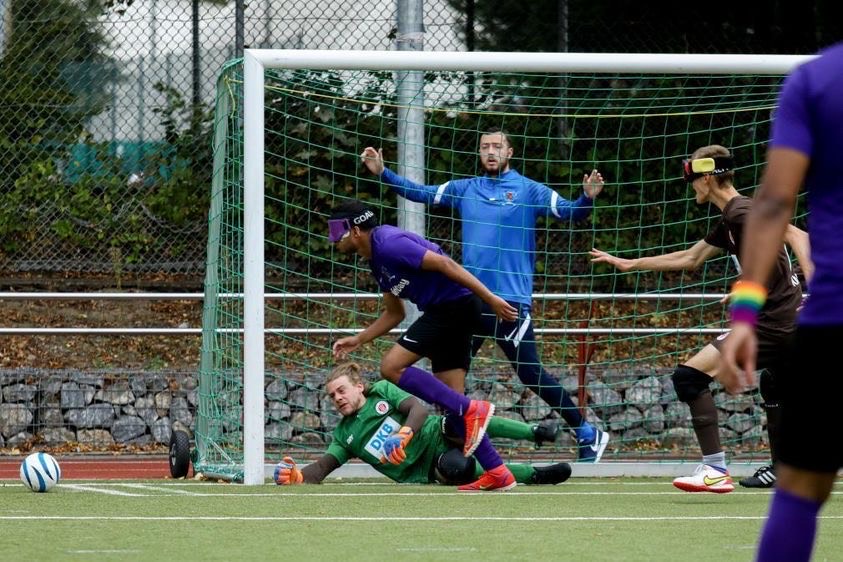 The Sheffield FA has started a new initiative called ‘Project B1’ which aims to deliver regular football sessions for blind and visually impaired players of all ages.

‘Project B1’ will offer small sided, non-contact games of blind football between March and July at Tapton Secondary School in Sheffield.

Sheffield and Hallamshire County FA has teamed up with various organisations such as Sheffield City Council and Sheffield Royal Society for the Blind to provide more opportunities for the blind community.

The association also revealed that these sessions will give chances to those with talent to be chosen to showcase their skills at a Talent ID Day in Sheffield, with some from this event being picked to represent England at the highest level.

Current national players have expressed their strong opinions surrounding the launch of ‘Project B1’, highlighting how important these opportunities are to visually impaired players.

Azeem Amir, an England B1 footballer, told ShefLive: “Having something specific like Project B1 where they have the basic starter packs like the coaching CPD for the staff and also the right equipment is crucial.”

Mr Amir, 23, takes part in work which looks to educate more coaches and organisations about blind football in an attempt to create more options for young disabled children when it comes to playing sports.

“Opportunities were quite limited when I was younger, I was very lucky that I had a local authority that was very supportive. Not many people knew what disability sports were, how they worked and the rules,” he said.

Mr Amir placed great significance on the future of blind football and revealed how he hoped this project would help bring more attention to Paralympic sports.

“Hopefully this is not just a project for the now, but for the future too,” he added.

The sessions will be run by fully qualified FA coaches from the Sheffield Wednesday Community Programme.

The programme starts on Saturday 19th March from 12.30pm-1.30pm. The first session will be free, with sessions continuing to run on a Saturday at the same time. The cost to attend is £3 per session or £24 to attend all 10.