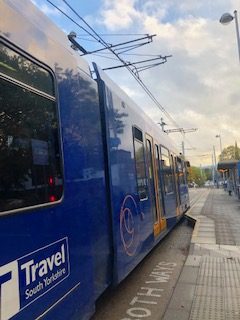 A special “Levelling Up” summit was held in South Yorkshire today to encourage private investors and pressure the government to spend more on the region.

Organisers of the summit expressed frustration with the lack of funding and government rhetoric was not matched with hard cash.

It was opened by Sheffield City Region Mayor, Dan Jarvis, who stated his aim to: “encourage investors and the government to match South Yorkshire’s ambition to level up the region and unlock a new era of prosperity.”

Lucy Nickson, Chair of South Yorkshire LEP added: “There are businesses with the potential to create more than 7000 jobs in South Yorkshire. We shouldn’t have to keep going back to the government to request funding to support these companies. We need better access to funding.”

Many more business leaders from the north also spoke, addressing the current lack of funding.

In the 2019 election, the Conservatives won seats the north and Midlands that they had never been won before, by promising extra investment to “level-up” the region.

Prime Minister Boris Johnson told the BBC at the time it was “the greatest project that any government can embark on.”

Upon introducing the Levelling up campaign, Johnson recognised the problem with the north as he said: “We have one of the most imbalanced societies and lopsided economies of all the richer countries and there are aching gaps between the regions in the country.”

Finances for the transport system within the North was set to receive £570m, starting a supertram renewal project, however this still does not match the £1.6bn transport system that the South has access to via the London underground.

The northern section of the HS2 route through Yorkshire was scrapped recently and instead Sheffield has to rely on the existing tracks.

Last month, Michael Gove, Secretary of State for Levelling up, did not offer more money for the north, but used the money already distributed as “fresh funding to shift both money and power into the hands of the working people.”

Mayor of West Yorkshire, Lucy Brabin, responded to this update stating that the “devil will be in the detail”.

She added: “It is like a love letter to levelling up: lots of ambition, lots of hope, but unless you actually have the money and the resources you are going to be struggling.”

The meeting has seen successful talks win support from the audience, but the funding is yet to be increased to match that of the South.