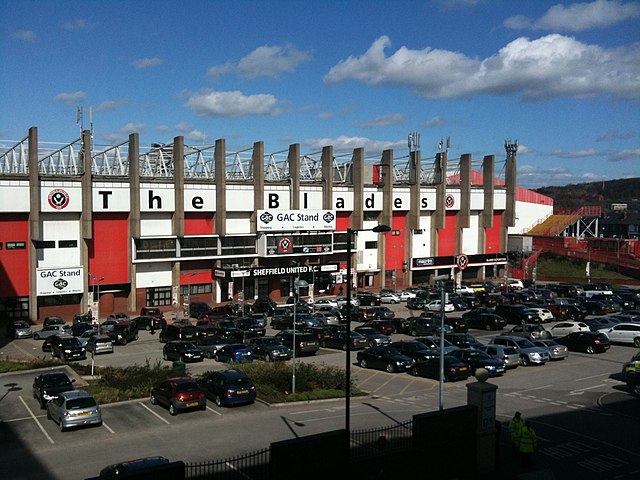 “He’s one of our own”, chanted the fans as Chris Wilder returned in opposition to the Terraces that once sang his name.

Yesterday marked the return of Sheffield lad turned icon, Chris Wilder to the city with his Middlesbrough side facing off against his boyhood club Sheffield United.

Wilder’s return ended in defeat with a 4-1 victory for the Blades, ending Boro’s recent impressive run of form.

But although he now represents a rival club, Wilder will always have a special place in the hearts of the Bramall Lane faithful.

Wilder, a native from the Sheffield suburb of Stocksbridge initially played for the Blades between 1986 and 1992. He went on to have spells at numerous other clubs including Yorkshire outfits Rotherham United and Bradford City.

However, Wilder’s life could not be kept away from Bramall Lane for too long. He returned for a second playing spell in 1998-99.

It seemed Wilder, like many of the fans that would go on to support him so dutifully as a manager, couldn’t shake the magnetism of the Red and White of home.

It was fitting then after toiling in Sunday League and Non-league, that Wilder would return to the Blades in 2016, exactly thirty years after he first signed for them.

By this time the Blades were weary and in need of anything to prevent any further slide down the footballing pyramid.

In League One, Wilder had the Blades bottom of the table for the first four games of the season with just one point to their name.

Then came the inventive three at the back, with overlapping centre-halves, which saw United finish that same season as Centurions at the third division’s summit.

Wilder reached more notable fame in the coming years as the Blades soared up the leagues in a matter of just three years and were on the cusp of Europe.

Then, a year ago this week, the dream was over, ruined like many others by pandemic influence. Wilder was sacked and eight months later chose his next challenge at Middlesbrough.

The game marked the unfortunate milestone that it was the first time in two years that a non-Covid restricted, full Bramall Lane saw Wilder in the dugout only for him to now be wearing the red and white of the Teesside and not the Steel City.

After a pre-match round of applause for Wilder and his assistant Alan Knill. The Blades kicked into top gear and raced to a four-one home victory avoiding the heartache of watching Wilder destroy the team he built. While continuing to build faith in the stewardship of current coach Paul Heckingbottom who has helped the Blade’s rise to fifth in the Championship table.