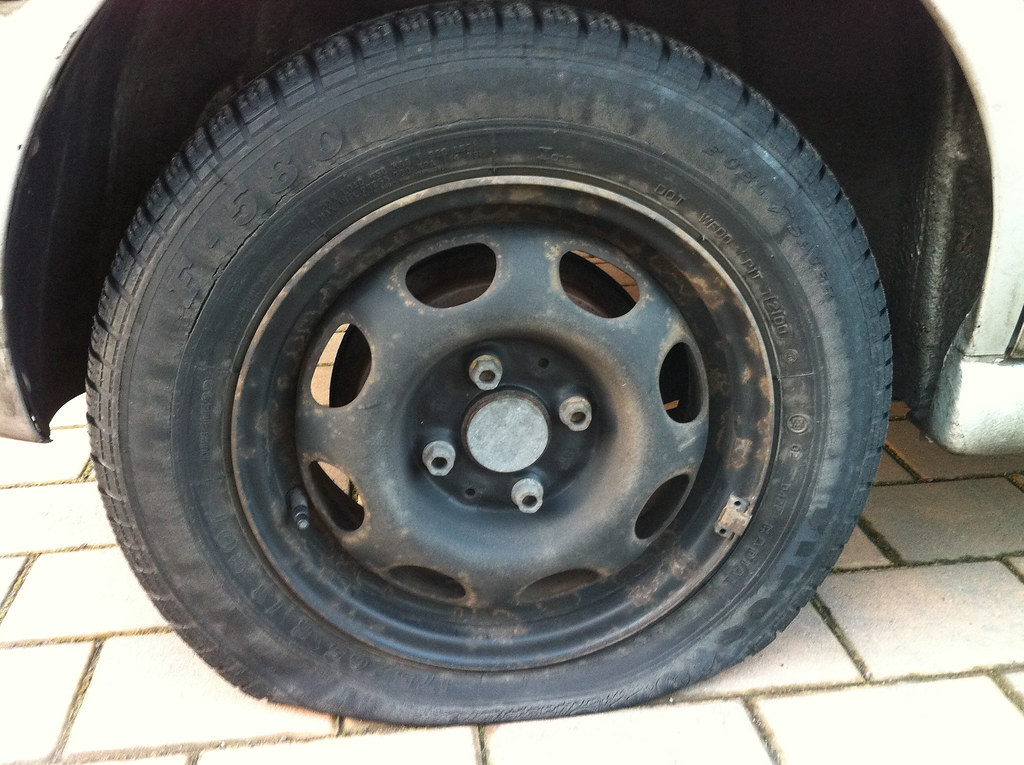 A new activist group has deflated tyres on hundreds of SUVs throughout the UK.

Sheffield is one of the many locations that has been hit. The group calls themselves The Tyre Extinguishers, and they are deflating tyres in aim “to make it impossible to own huge polluting 4×4 in the world’s urban areas.” 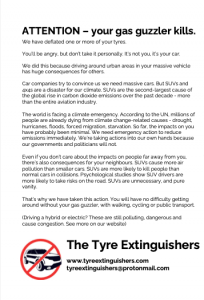 The group claims to have no leader and are encouraging anyone and everyone to take part wherever they are by deflating tyres of SUVs. The group has provided instructions on their website: http://www.tyreextinguishers.com. This includes how to spot an SUV and how to deflate the tyre.

The group is leaving Leaflets on the cars which have been ‘vandalised’ including this phrase which seems to be infuriating the British public.

“You’ll be angry, but don’t take it personally. It’s not you, it’s your car.”

According to Yorkshire Live one Sheffield father of three, Russell Denton, 36, from Greystones, found the tyres of his Land Rover Discovery deflated when he headed for the gym early yesterday morning. ShefLive has tried to contact Mr Denton, but has had no response so far.

These actions have lead to a serious backlash on social media and the activists have received threats of severe violence and harm.

Some of the public are calling on the police to take action and stop this potentially dangerous action.

The group has shared their appearance on BBC London news last night, on their twitter page, they appear to be loving the current publicly and are using it to recruit people to join their unique way to tackle climate change.