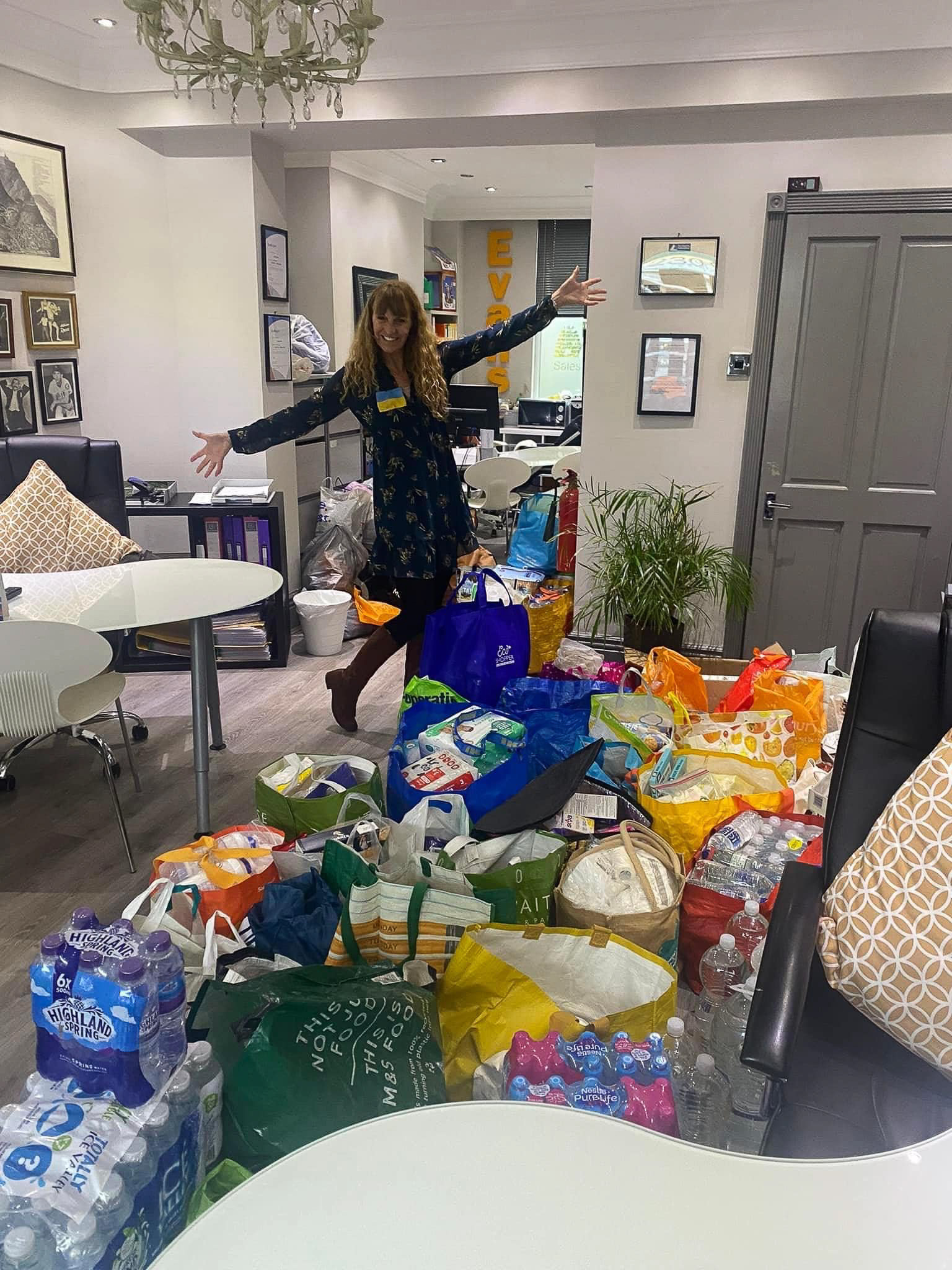 A Ukrainian national who works at a Sheffield Estate agent has collected thousands of pounds of donations to be sent to refugees fleeing the war in Ukraine.

Diane Evans, who runs Evans Lee Sales and Lettings in Oakbrook Road, and whose family still live in Ukraine, said she “just needed to do something” after going to a rally supporting Ukraine at Sheffield Town Hall.

Ms Evans set up a donation point last Monday at the estate agents in Fulwood, collecting supplies to be taken to a collection at Dora’s Food, a Polish supermarket in Attercliffe.

On Monday evening, Ms Evans, who runs the estate agents, received numerous phone calls from Sheffield people saying that they wanted to help.

She did not know how many donations to expect on Tuesday morning, but she said: “It was absolutely fantastic, people just went mad.

The estate agents brought in three lorry loads of supplies, which Ms Evans estimates was around £50,000 worth of goods.

She said that Fulwood is an “affluent” area, so donators did not hold back and spent hundreds of pounds at Costco and other stores on supplies.

Volunteers packed up the lorries at 7am last Wednesday morning and the donations were ready to be sent to Poland for Ukrainian refugees urgently need the supplies on Monday.

A young boy wanted to help and gave one pound to Ms Evans, he said: “That’s as much as I can afford but I want it to go here.”

Ms Evans’ family who live just outside Lviv in Western Ukraine, only leave their house to go get basic provisions before returning home in fear of their safety.

She said: “The Ukrainians are strong, and they will fight but they’re not trained army personnel, they’re just family people.

“The reality is that Ukraine is at war, and we need to help.”