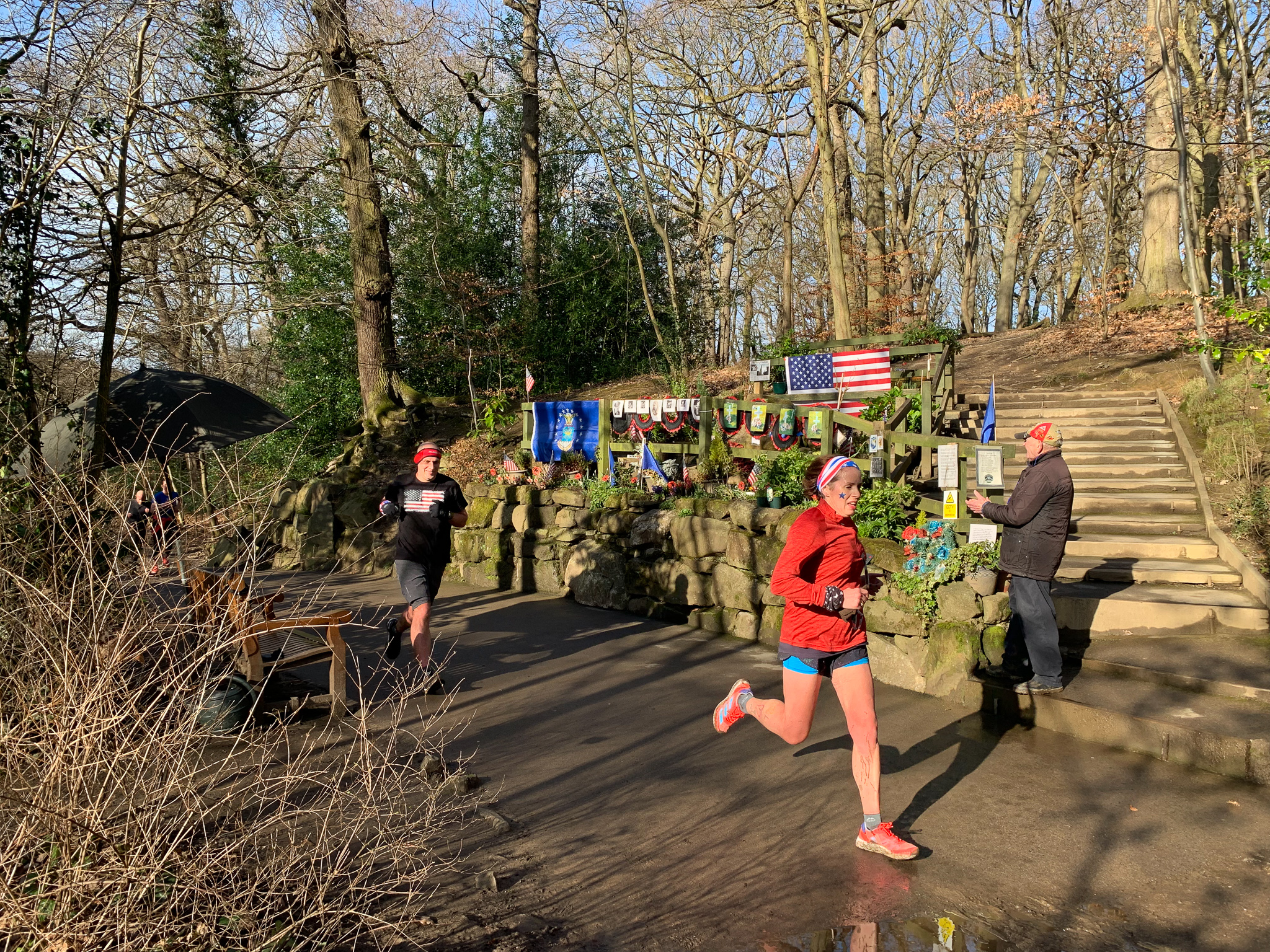 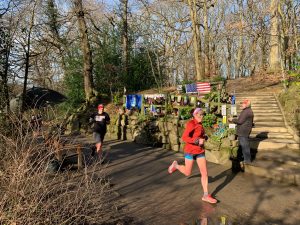 Endcliffe Parkrun organisers ran a commemorative event to mark the 78th anniversary of the Mi-Amigo aircraft which crashed in Endcliffe Park.

Hundreds of runners wore red, white, and blue, and stars and stripes, to commemorate the crash during the run which goes past the Mi-Amigo memorial.

The event was organised by Pierre Laubscher, an Endcliffe Parkrun volunteer.

He said: “What their sacrifice has led to has given us the freedom to stand here”.

On 22 February 1944, Lt John Kriegshauser crashed in Endcliffe Park, after his B-17 Flying Fortress, nicknamed ‘Mi-Amigo’, had been damaged.

One of the four engines on the aircraft was working so they could have landed, but they wanted to avoid a group of children in the park.

Kriegshauser circled the park four times waiting for the children to leave but they did not and, when the last engine failed, he crashed to avoid the children, killing all ten American soldiers.

Tony Foulds, 84, was one of the children in the park on the day of the crash and tends to the memorial in Endcliffe Park six days a week, believing that he was the reason those men died.

He said: “I killed those lads, no one can ever tell me any different.

“If it hadn’t been for us in the park, they’d have lived to a ripe old age.”

Mr Foulds started the run on Saturday with an American flag on his back and clapped the runners on as they ran past the memorial.

Runners cheered and thanked Mr Foulds and he said the support of Parkrun near the anniversary was “smashing”.

One runner said: “I didn’t know about the crash before this, but I showed up in the America colours.

“I was shocked when I found out what actually happened, and I think its great Parkrun did this.”