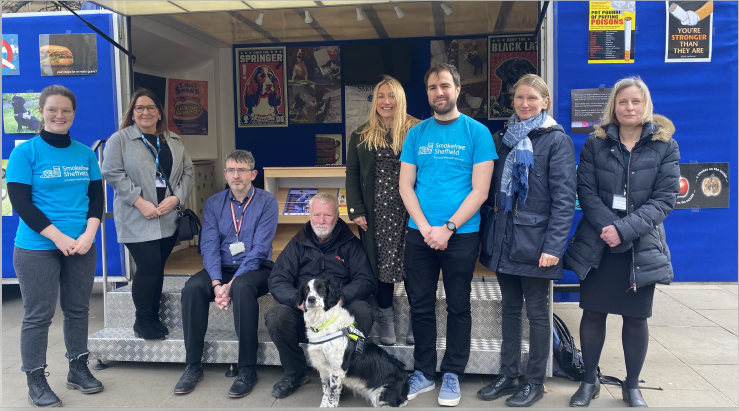 Smokefree Sheffield has today launched a campaign to put a stop to the criminal activity surrounding cheap and illicit tobacco and to reduce smoking rates in Sheffield.

The city council-backed campaign demonstrates how cheap and illicit tobacco is a huge, growing problem in Sheffield.

Cheap and illicit tobacco steals money from public services, like the NHS and can be used to fund organised crime, say campaigners.

The campaign says that there have been cases in Sheffield where these crime groups are exploiting vulnerable people.

In Parson Cross, an investigation was made into a ‘fag house’ where it was uncovered that a person with physical and learning difficulties was coerced into selling illegal cigarettes and tobacco from his home.

A way in which SmokeFree and the Trading Standards are hoping to eradicate the sale of illegal tobacco is through reports from the people of Sheffield. These reports helped to remove 804,000 illegal cigarettes and 250.5kg of loose tobacco.

Today also marks the day of No Smoking Day 2022, Sheffield has seen success in a decline in smoking rates over the past five years and SmokeFree is keen to keep reducing this rate.

Gregg Fell, the Director of Public Health in Sheffield, said : “Vaping is relatively safer than smoking” and Councillor Teal said although she is not promoting the use of e-cigarettes she thinks they can be used to wean yourself off smoking cigarettes.

One Sheffield resident, smoking outside a pub in West Street, Glynn Goudge, 61, who is currently unemployed said due to the nature of his past jobs including a bus driver and a care assistant, he said he “Uses smoking as a stress relief.” Mr Goudge said : “When I was a lot younger I thought about quitting but I’m not interested now.”

If you suspect or have concerns about the sale of illicit tobacco products can contact Sheffield Trading Standards at trading.standards@sheffield.gov.uk