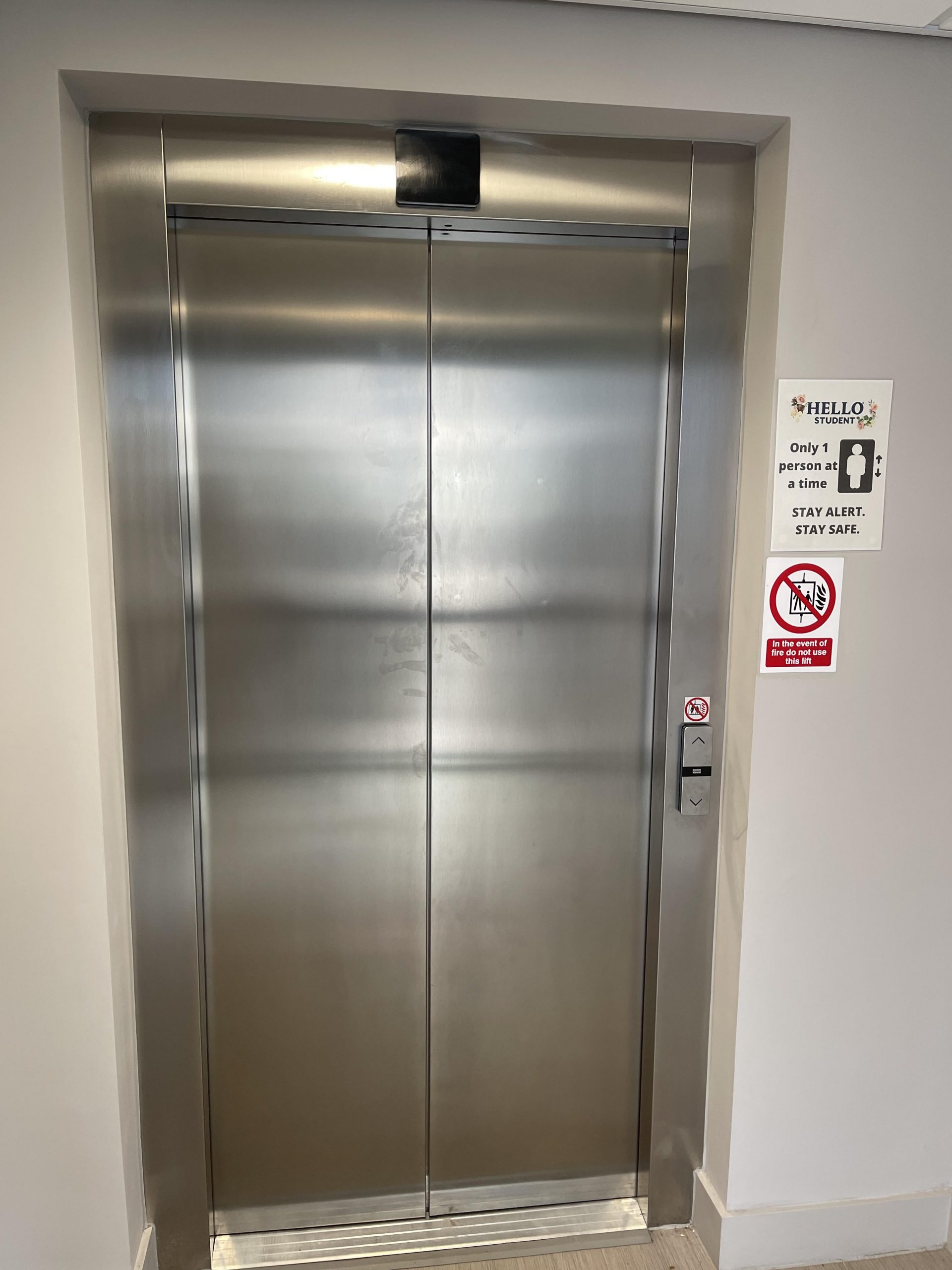 A week-long period without a lift in a six-storey building has caused issues for residents, including those with mobility problems.

A lift in Portobello House, Sheffield, has been out of service due to damage to the internal drive boards since February 25, and its residents can only move between floors by stairs.

This has created a lot of inconvenience for apartment residents, especially those living on the fifth floor or above.

Betty Wen, 21, an education student who lives on the sixth floor of the apartment block, said: “It has been a week since we learned the lift was out of service and I have to say it has really caused me a lot of trouble in my daily life.

“I need to climb the stairs every day, which is fine during class, but if I have shopping or carry heavy items, it’s a nightmare for me.”

Some residents think it is extremely inconvenient for those with disabilities.

Brandon Reilly, 25, said: “I have hurt my right foot, which has made it difficult for me to walk up the stairs. Now I have to battle my way up to the sixth floor – it is bad.”

Jurgens Nienaber, the multisite manager of the apartment, said he had sent an apology email to all residents.

He added: “The lift engineer has been and the driver board (software) that operates the gym has failed.

“This means the lift is out of order, until they fix this. They are working in it to have it repaired and re-installed as soon as possible. We are sorry for the inconvenience caused to residents during this period.

“Thankfully, after a week of deliveries, repair materials for the lift will be arriving at the apartment and being replaced, as soon as later today.”