Heartbreaking tributes to fallen Ukraine loved ones from Sheffield families 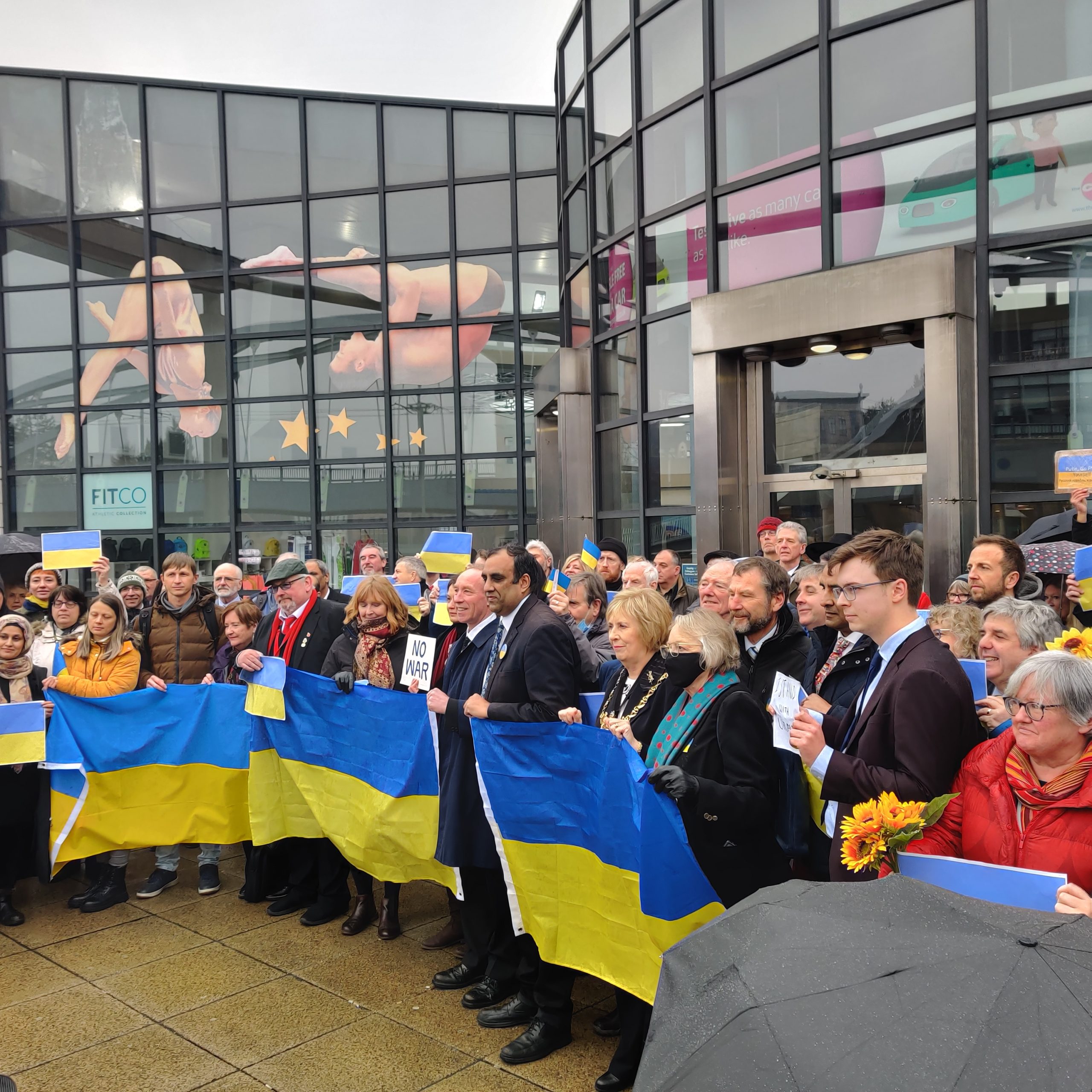 Sheffield women have spoken out about the devastating experience their family and friends are facing as the Ukraine bombings continue.

Shorena Kokoshvily, 45, from Georgia and now living in Pitsmoor was supporting a fundraiser to help Ukranians. She was in tears as she recalled her friend’s death and the ongoing battle her family has been going through.

Her cousin’s son and his family lost their house and had to hide in the basement for a few days when it happened.

From a town near Kyiv, they travelled all the way to Odessa on 8 March to cross the border. To do so they had to take the train, but due to ‘bombardments’ the family had to go back into hiding underground.

She said: “The Russians are doing the same thing they did to my country.”

She was born in Georgia where she witnessed the invasion of the Russians back in 2008. She said that back then, the Russians were saying to their people that they were going to Georgia to save the Georgians who were going through a genocide.

The 45-year-old said that Putin said the same thing towards Ukraine and that ‘the only ones who can stop this are the Russians themselves’.

Shorena cried when she said: “My friend said that she would leave but changed her mind to take care of the dogs. She is dead now.”

Her friend was taking care of 18 stray dogs she rescued throughout the years. When the war started, she wanted to leave at first but later changed her mind because she didn’t want to leave the dogs behind.

Natalie Melnik, 52, Pitsmoor, said, referring to the Russians: “They’re not even respecting the green corridor.”

Natalie’s family managed to arrive in Poland but the men are still in Ukraine, fighting for their country. That’s how she found out that Russians have been attacking the green corridor as well, which was supposed to be a safe passage for Ukrainians to cross the border.

When asked about how they keep each other in contact, Shorena said that her family has been updating her through text messages. The latest update she had was them telling her that they will try to cross the border again on the night of 5 March.