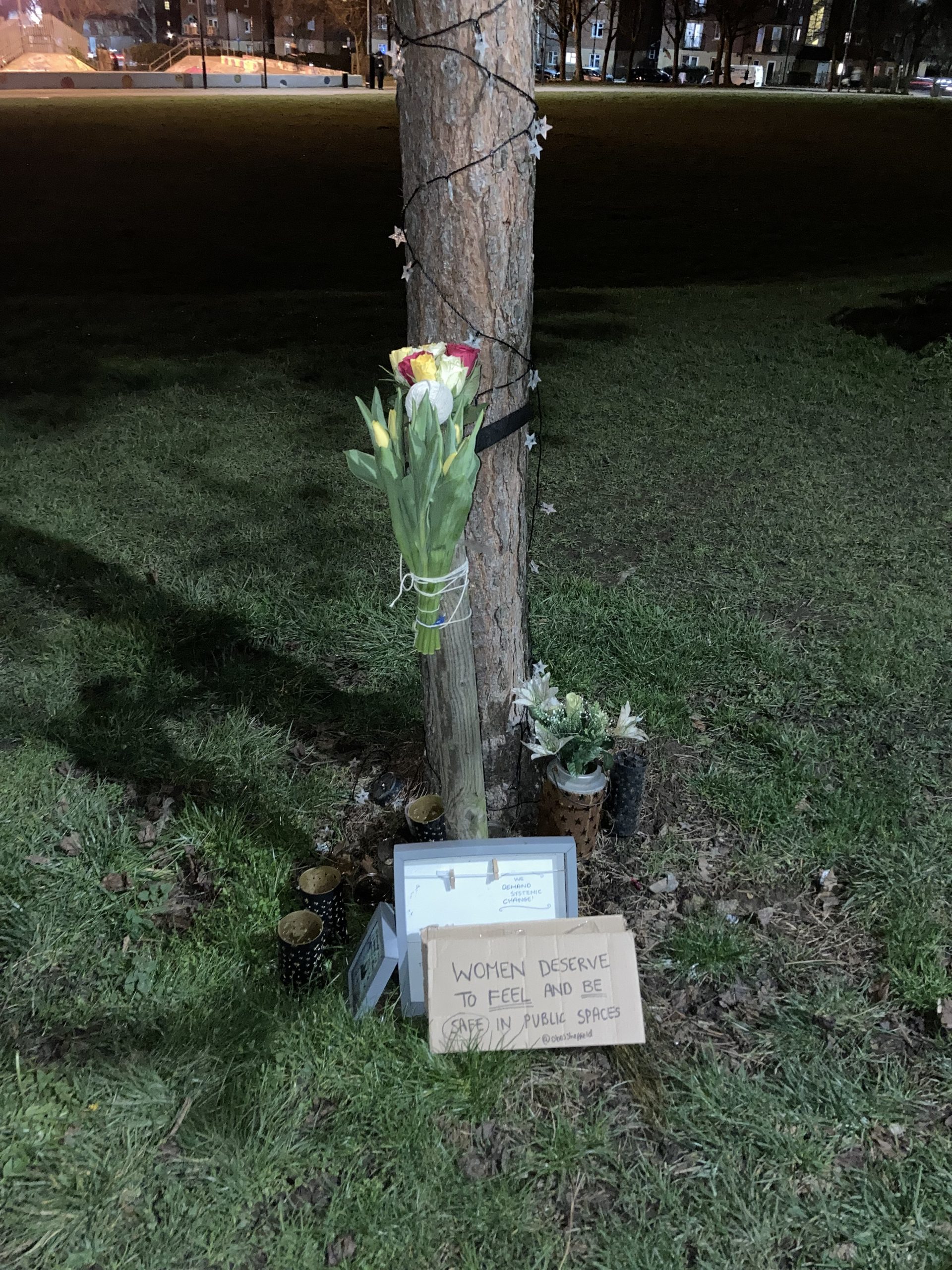 Marking one year since the death of Sarah Everard and International Women’s day today, a vigil  for victims of gendered violence was held in Devonshire green at 6pm on Sunday.

With statistics showing that on average, a woman is killed by a man every three days in the UK, The Women’s Equal Party and Our Bodies Our Streets have been holding a monthly vigil ever since the murder of Sabina Nessa.

Jennifer Llewellyn , 27, Our Bodies Our Streets coordinator said: “When Sabina Nessa was murdered we noticed it wasn’t getting the same media attraction as Sarah Everard so we held a vigil, it was a really positive space and really important we felt to continue to raise the names of all women affected by gendered violence and all women that had been murdered.”

During the vigil, the names of all the women who were killed by gender-based violence in the UK in 2021 up until now were read out loud. The number came to 148 women.

Charlotte Mead, 48, leader for the Sheffield branch of the Women’s Equality Party told ShefLive: “We realised really that it’s not it’s not ok just for us to have a vigil when one woman gets killed.

The vigil also counted with the participation of Sheffield’s only conservative councillor, Lewis Chinchen.

The 22-year-old councillor said: “ we need to look at the true scale of the issues, the ones that don’t get the media coverage and we need to ensure that we tackle the root cause of the problem.”