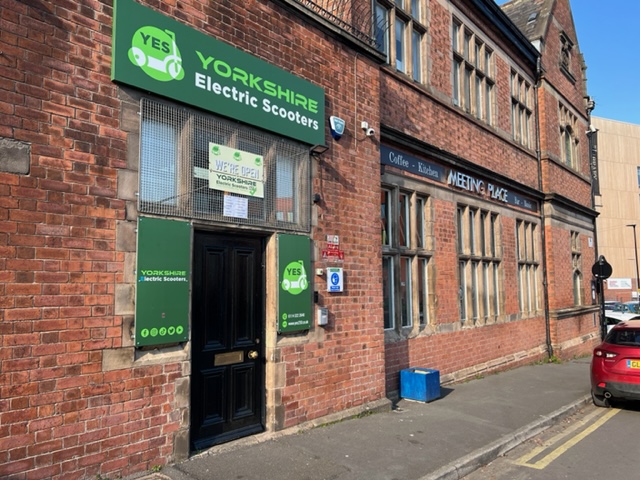 Sheffield City Council have turned down the proposal of non profit based E-Scooter academies to teach children how to be safe whilst using electric vehicles.

Gordon Riley, 51, owner of Electric England Ltd, stood before the council on 2 March 2022 and asked for help from the council to kick-start his scheme.

He said: “We are looking for the council to help us with partnerships to find some space where we can educate children on the rules of the road.”

The idea was influenced by the large number of parents buying e-scooters for their children without knowing the real dangers that they can bring when they are used incorrectly.

Mr Riley said: “This was not something that was in our business plan whatsoever, and we are aware of the dangers that are posed because of children riding on roads.

“It is not something we advocate at all.”

He is also keen to educate children on the benefits of sustainable transport and he feels that the academies would be a step forward.

Mr Riley told the council: “Electric vehicles such as scooters, electric cars and electric bicycles are the future.

“My companies want to be a major advocate of this, starting in Sheffield, then creating an electric England network.”

The Department for Transport is trialling the use of electric vehicles in several areas of the UK and Sheffield is not currently one of them.

Councillor Alison Teele, executive member for sustainable neighbourhoods, parks and leisure queried the petition, fearing it would spark confusion as use of E-scooters in public places is illegal.

She said: “We are aware that it could create some confusion if we do start training people to ride scooters.

“It could lead to people perhaps thinking it was acceptable.”

However, she did not rule out the possibility of funding Mr Riley’s academies in the future.

Coun Teele said: “I would welcome you offering the training when the legislation has been clarified and the trials have been concluded and the government put forward a series of recommendations on their use.

“I’m hoping the government will decide it will be legal and you can really get going training lots of people, but right now we can’t do that.”