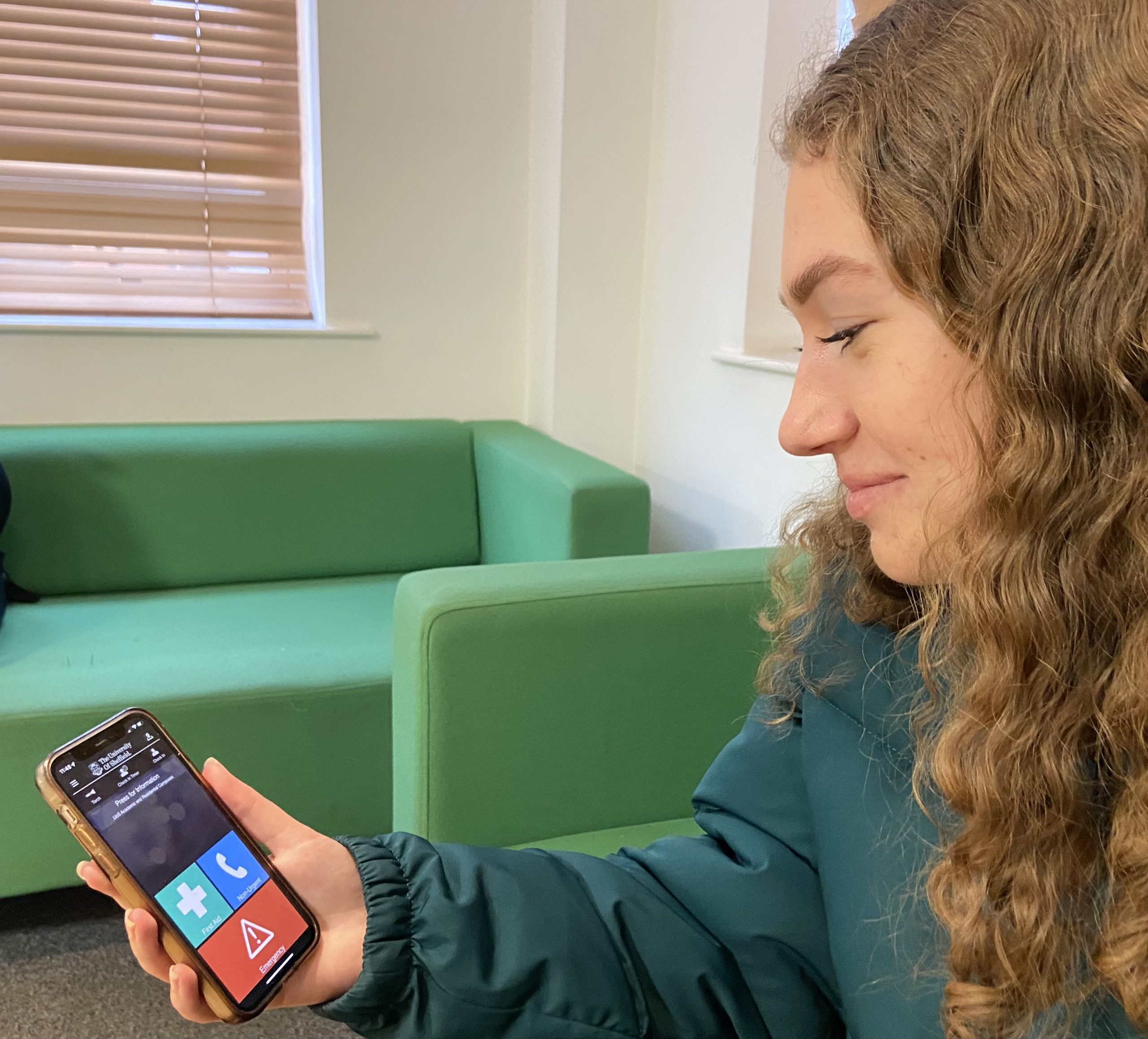 The University of Sheffield has launched a new app with the aim of increasing safety on and around campus, especially on nights out, following a rise in spiking across the city.

If you are in a situation where you need help but are unable to talk verbally, a messaging system is also available 24/7.

Security shift supervisor at the university Allen Sturdy, 56, said: “In this day and age, with things happening, and having worked here for many years, with spiking and things like that I think it’s just really important that students have this app with it being so easy to use and something else with peace of mind.”

The app has the option of requesting emergency and non-emergency assistance, as well as immediate first aid for mental and physical distress.

University security officer Stacey Clarke, 42, said: “SafeZone is the app we hope you never have to use, but is there if you do need it.”

‘SafeZone’ has seen successful launches at other universities across England, including the University of York, and has received positive initial feedback from students in Sheffield.

Chloe Kelly, a first year student at the University of Sheffield, 18, said: “With this app, safety within students will definitely increase.

“Apart from the shuttle bus that runs from the Student’s Union after club nights, I don’t know of any other safety measures currently in place. The app will definitely reassure me.”

The app can send mass notifications alerting users of major incidents on or around campus, keeping users updated on situations as they unfold.

Another first year student at the university ,Edward Owen, 19, said “I think it’s a good idea, especially because spiking cases are so bad at the moment.

“It adds reassurance knowing me and my friends will have added safety.”

More information about the initiative and the important purpose of ‘SafeZone’ can be found at https://www.sheffield.ac.uk/security/safezone.

The App is available to download for free from the Apple AppStore and GooglePlay.