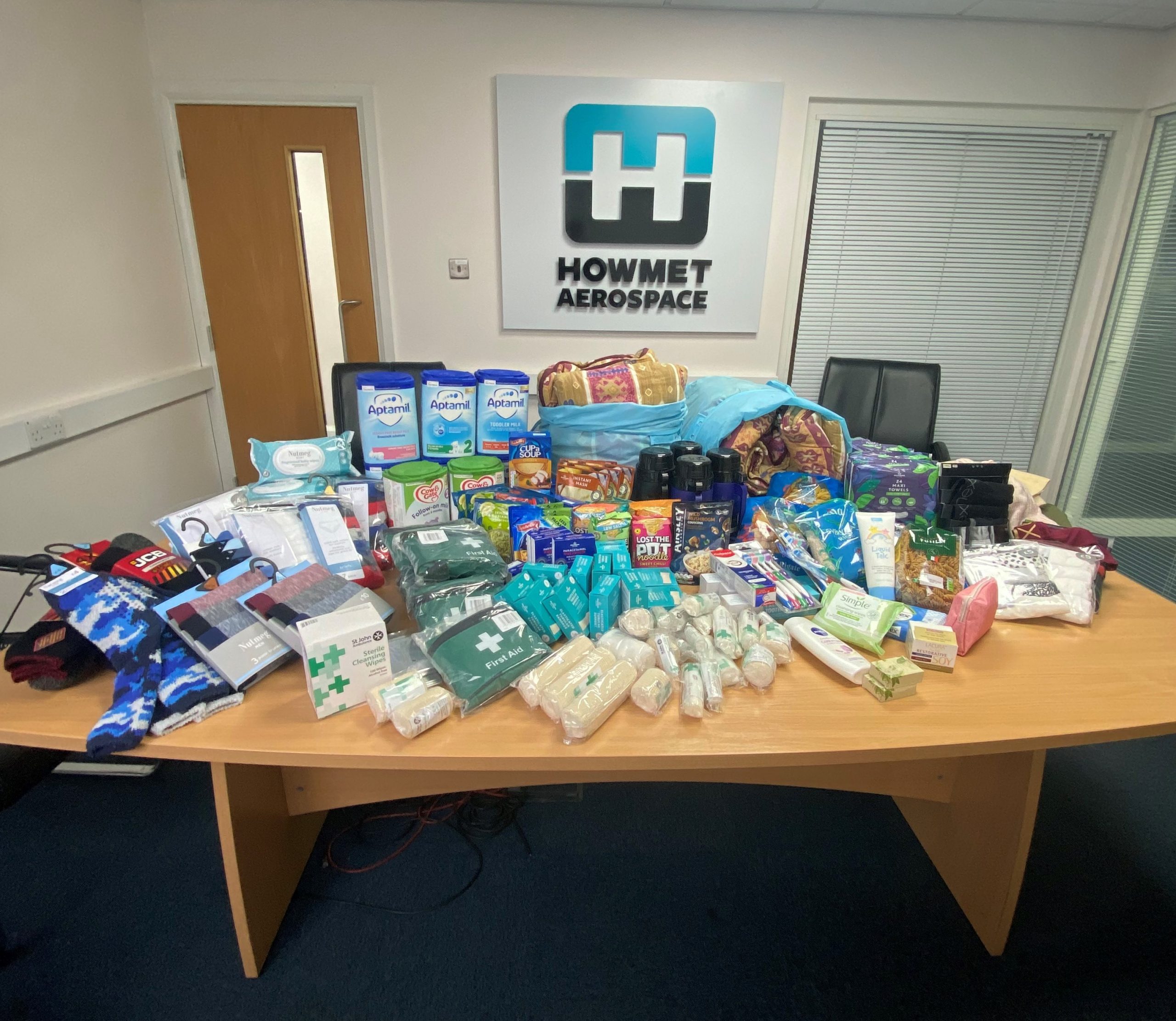 Staff at a big Sheffield steel company have dug deep to donate emergency supplies for people in Ukraine.

Workers at Firth Rixson said they wanted to do something after feeling helpless over the worsening conflict.

Julie Sommefeldt, 61, a test and release manager at Firth Rixson, said: “Seeing all the refugees, we just thought we’d try to do something.

“Getting the community at work, getting everyone involved with it, you felt you were doing something to support them – fighting with them.

“It’s also a morale booster, when people get together, there were five or six of us this morning packing the stuff that people had donated.”

Mrs Sommefeldt had rooted concern regarding what was happening in Ukraine due to colleagues ‘having friends out there’ and also her son, who is currently working in the Czech Republic for the company Skoda.

Skoda Auto is said to be offering help to Ukrainian workers to build a safe life for themselves and their families in the Czech Republic and is also helping to transport donations by providing cars to Czech aid organisations to help them deliver humanitarian aid.

Conditions in Ukraine are worsening every day. There are now fears that Russia has escalated its air campaign yesterday – killing dozens of civilians in the city of Chernihiv.

Mrs Sommefeldt, said: “I can’t believe in 2022, this age, that a country could do that to another country and to just subjugate them – to me it is outright slaughter.”

Donations that are collected by Firth Rixson will be passed on to the Doncaster Ukrainian Centre which is open for donations this weekend.

The centre itself is managed by a committee of second and third generation Ukrainians in Doncaster – all having relations to the founding members.

More information regarding how to help Ukraine, what can be donated and when the centre is open can be found at their Facebook page: Doncaster Ukrainian Centre – Home | Facebook