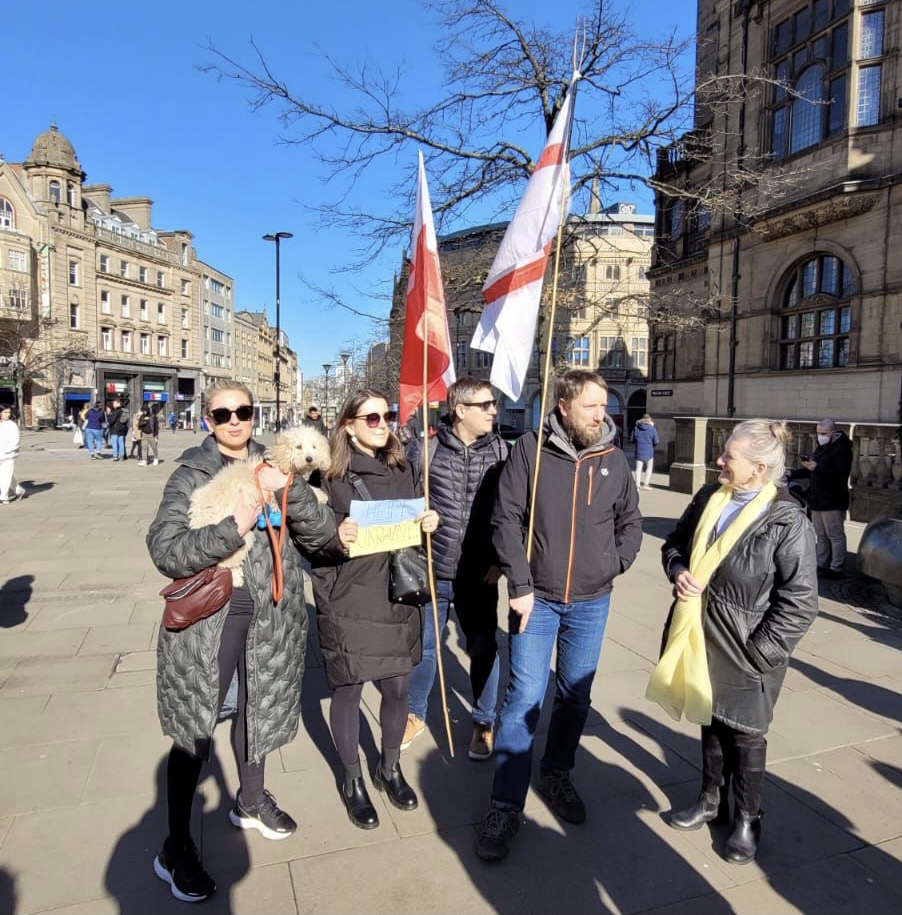 A Polish woman living in Sheffield has pleaded for more support for refugees as the situation in Ukraine worsens.

Magdalena Garpiel, 41, a garage administrator, said her parents who live close to the Ukraine, Poland border are imminently expecting to house a family of refugees from the war.

She is currently sending her parents money to help, but says that more needs to be done to support people in the region.

The UK government has been criticised for not being quicker to take in refugees.

The situation is ever changing as Priti Patel launches the ‘humanitarian sponsorship pathway’ which allows Ukrainians living in the UK to bring their family members over.

The Home Secretary said: “We have helped hundreds of British nationals and their family members resident in Ukraine to leave the country.”

However, the Ukrainian refugee intake is still capped at 200,000 people.

Magdalena hopes that the UK will do more in this situation by opening the country up to refugees and treating them as our own.

The EU plans to allow Ukrainian refugees the right to live and work in the European Union for up to three years in response to the crisis.

Enver Solomon, CEO of the Refugee Council, said: “We are concerned that in reality easing visas does not go far enough, and could mean that far fewer Ukrainians are actually able to reach safety in the UK than the Government claims.”

Magdalena and her family are a part of the Polish community in Sheffield. Her children attend Polish school every other Saturday and set up a last minute bake sale last Saturday which managed to raise over £500 in just 40 minutes.

The school has set up an appeal called ‘Solidarity with Ukraine’ which aims to directly connect donations with established Polish organisations without fear of financial aid getting into the hands of scammers.

Magdalena said: “The amount of British people wanting to get involved has really been amazing, but it’s hard to know where to give money when there is always somebody trying to get rich from a tragedy.”

You can donate to the ‘Solidarity with Ukraine’ through this link, www.pah.org.pl/en/donate/?form=ukraine